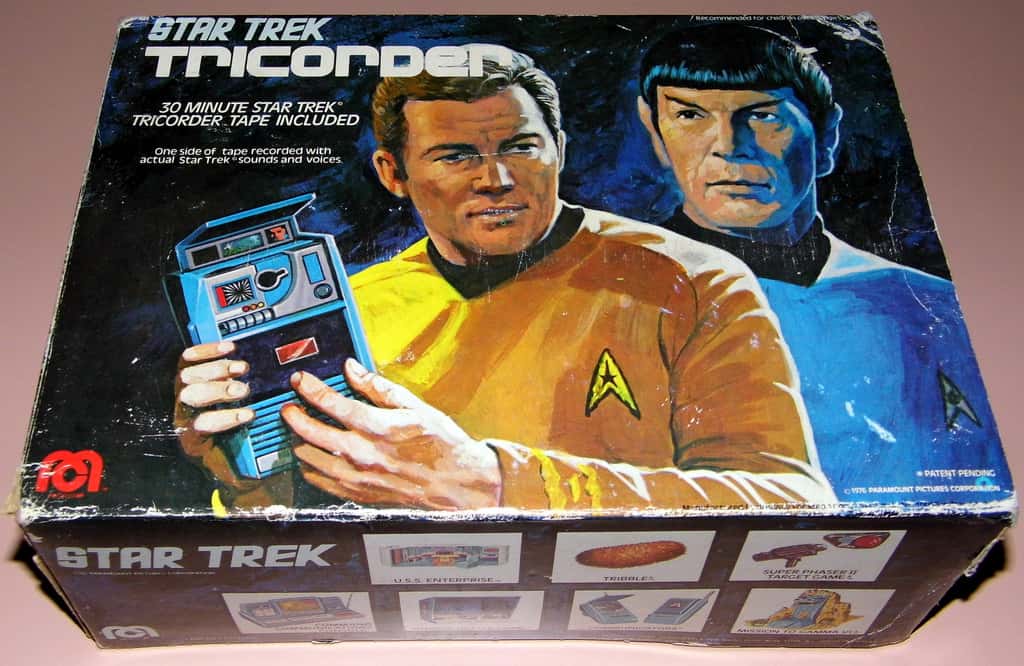 Inspired by Dr Who’s sonic screwdriver and the tricorder of Star Trek, Australian scientists are working on a device that can instantly tell what any material is made of.

Physicist Marcus Doherty and his team designed the device based on quantum properties of flawed diamonds, and report their proof of concept in the journal Nano Letter.

The concept is based on an idea that traces back to Robert Hooke in the 17th century regarding how the vibrations of an object change with its mass. That’s why heavy strings on a guitar sound deeper than the lighter ones.

In the same way, if you sneeze on a tuning fork, the added mass will change its tone —though even someone with perfect pitch could never detect it. But swap the tuning fork for a tiny piece of diamond, Doherty’s team have found, and you might be able to recognize individual bacteria, or proteins, in that same sneeze.

The reason diamond works so well is because of the incredible quantum properties of its flaws. Diamonds have a famously regular crystal structure of carbon atoms — but sometimes there are defects, such as when a nitrogen atom is next door to an empty space, which make the diamond extra special.

What this defect gives you is a single electron in a cage. And because the electron is super sensitive to the rattling of its cage, they make for some of the most incredible sensors ever built.

As co-author Michael Barson says, “When a molecule attaches to the diamond device, its mass changes, which changes the frequency, and we measure the change in frequency using the defects in the diamond.”

Last year physicists at Harvard used the same system as part of a magnetic resonance imaging (MRI) set-up, and could detect and identify individual proteins.

Other physicists have used similar diamonds for data storage, and even quantum teleportation.

Though this is only a ‘first step’, Doherty and his team plan to make their device portable. One day it may even be handheld — allowing a doctor to quickly identify bacteria in your system, as well as assess the defences your body is mounting.