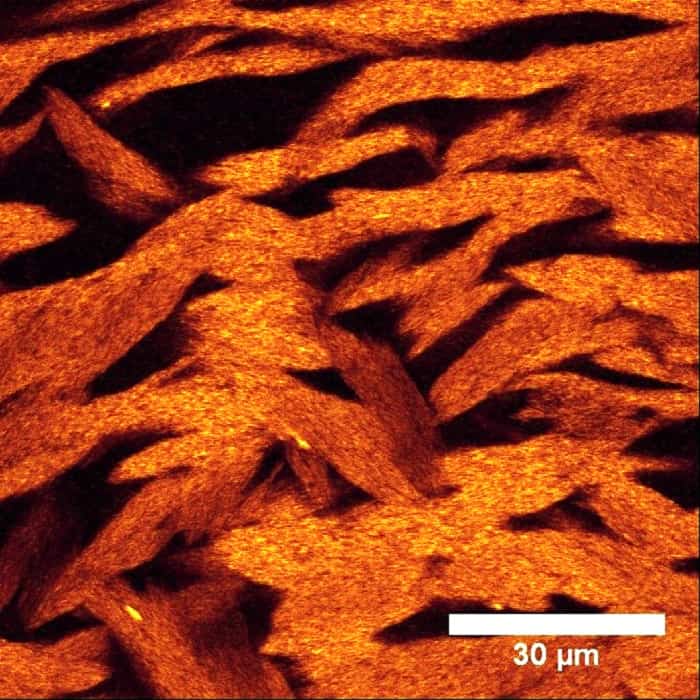 This is an image of non-sticky gel taken using advanced 3D light microscopy techniques – and “non-sticky” is the clever bit, according to a team from the University of Bristol, UK, and Université Paris-Saclay, France.

Fundamental to display technology, liquid crystals form when the constituent molecules line up in one direction, while still remaining liquid.

In this case, instead of molecules, the colloidal particles, made of sepiolite clay, line up preferentially in one direction and form a highly viscous network like conventional colloidal gels, but without needing attractions between the particles to hold them together.

The particles form a microscopic network with a structure a bit like a bird’s nest.

The researchers hope their discovery will enable the development of new gel formulations with improved mechanical properties and longer shelf-life, which is a major limitation of many products today.

The findings are reported in the journal PNAS.

Originally published by Cosmos as When colloidal particles attract