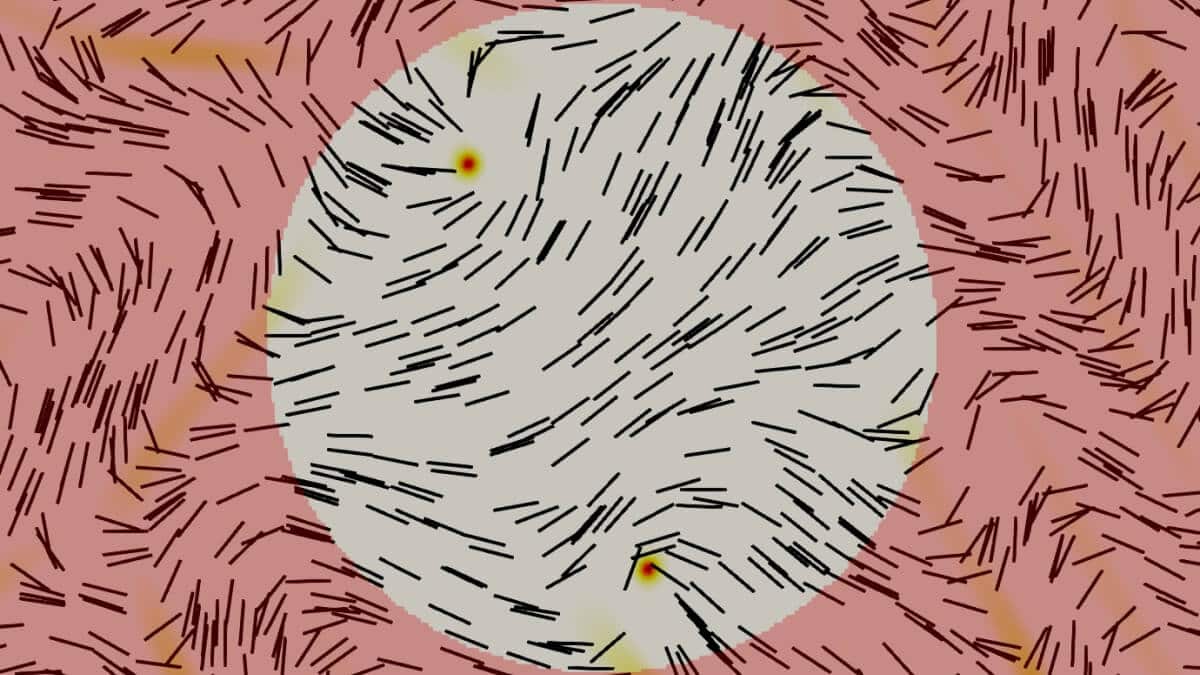 Neither solid nor liquid, liquid crystals are substances that always draw the attention of materials scientists. They’re the reason that LCD screens, and more importantly mood rings, work. An international team of researchers has just found another use: they’ve shown that liquid crystals could be used to perform computations.

This means they could possibly end up being used as computers, and in soft robotics.

“We showed that you can create the elementary building blocks of a circuit – gates, amplifiers, and conductors – with liquid crystals, which means you should be able to assemble them into arrangements capable of performing more complex operations,” says Professor Juan De Pablo, a researcher in molecular engineering at the University of Chicago, US, and senior author on a paper describing the research, published in Science Advances.

“It’s not often that you are able to see a new way to do computing and it’s a really exciting step for the field of active materials.”

Liquid crystals are soft substances that flow like a liquid. But their molecular structure much more closely resembles a crystal: the molecules form a (mostly) ordered and organised lattice. Some disorder remains, and these disordered spots are called “topological defects”.

This ordered and disordered molecular structure allows liquid crystals to move and flow, and often gives them interesting optical properties, like the colour changing in mood rings and screen displays.

Last year, the researchers reported that they’d been able to control the movement of defects in liquid crystals using a light shone at specific points.

In this paper, they take this idea further, using simulations to show that the light technique can be used to make the defects perform computer operations.

“These topological defects have many of the characteristics of electrons in a circuit – we can move them long distances, amplify them, and shut or open their transport as in a transistor gate, which means we could use them for relatively sophisticated operations,” says lead author Professor Rui Zhang, from the department of physics at Hong Kong University of Science and Technology, Hong Kong.

“It’s not often that you are able to see a new way to do computing,” says de Pablo.

While they could theoretically end up in a desktop, the researchers think their liquid crystals are more likely to be useful for sensors, and particularly soft robotics – where robots with malleable surfaces can be used to do things that their traditional hard counterparts can’t.

In this case, the substance that makes the robot soft would also be doing the computations.

The defects trick could also be used to move things around tiny devices. “For example, perhaps one could perform functions inside a synthetic cell,” says Zhang.

The researchers are now planning to confirm the results of their simulations experimentally.

Originally published by Cosmos as A liquid crystal computer