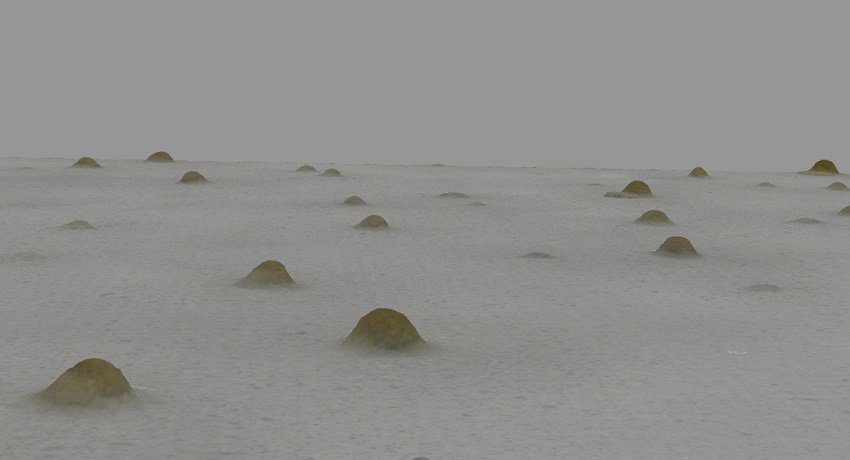 The first fits firmly into the quirky category. Scientists at Princeton University in the US have discovered that the way a type of “social bacteria” defend themselves has much to do with the physics of fingerprints and liquid crystals.

In fact, in some ways they are “teaching us new kinds of physics”, said Joshua Shaevitz, co-author of a paper in Nature Physics. “These questions exist at the intersection of physics and biology, and you need to understand both to understand these organisms.”

Myxococcus xanthus (Myxo for short) is a species known for very cooperative behaviour. Large numbers hunt by swarming in a single undulating mass, and when food is scarce they work together to construct mushroom-like survival shelters known as fruiting bodies.

Inside these soft hideaways, some Myxo cells transform into spores capable of rebooting the population when fresh nutrients arrive. But until now, scientists haven’t understood how the rod-like cells are able to climb on top of each other to build the structures, which are glued together by secretions.

They are about a tenth of a millimetre high, or tens to hundreds of times taller than a single bacterial cell. On the human scale, they are the height of a skyscraper.

Shaevitz and colleagues set up a microscope to track their actions in 3D and recorded them packing closely together like “stampeding wildebeest”, rushing across the microscope dish in swaths that swirl around each other, forming fingerprint-like whorls.

When two swaths meet, the researchers observed, the point of intersection was exactly where the new layer of cells started to form. The bacteria started to pile up and created a situation where the only direction to go was up.

“We found that these bacteria are exploiting particular points of the cell alignment where stresses build that enable the colony to construct new cell layers, one on top of the other,” says co-author Ricard Alert. “And that’s ultimately how this colony responds to starvation.”

The researchers suggest the cells behave much like liquid crystals, the fluids found in smartphone screens, which also are made of rod-shaped molecules. Unlike passive liquid crystals, however, Myxo rods are alive and can crawl.

The second study is equally intriguing and may help scientists better understand how bacteria move around the body, according to researchers from the universities of Sheffield and Oxford, UK.

They report – also in Nature Physics – that, somewhat counter-intuitively, bacterial groups spread more rapidly over surfaces when the individuals inside them move slowly.

The researchers engineered some individuals to move more quickly then used genetics, mathematics and tracking algorithms to follow the movement of tens of thousands of cells.

They found, they say, that the fast-moving ones actually move more slowly because regular collisions cause them to rotate vertically and get stuck. Slower ones keep moving, win the race into new territory, acquire more nutrients, and ultimately outcompete the faster ones.

To understand these phenomena, the researchers used a theory originally developed to study liquid crystals.

“Although we initially didn’t expect that the mathematical tools developed to understand these man-made materials could be applied to living systems, our findings show that they can also shed light on the challenges faced by microbes,” says Sheffield’s Oliver Meacock.

Originally published by Cosmos as When bacteria behave like liquid crystals