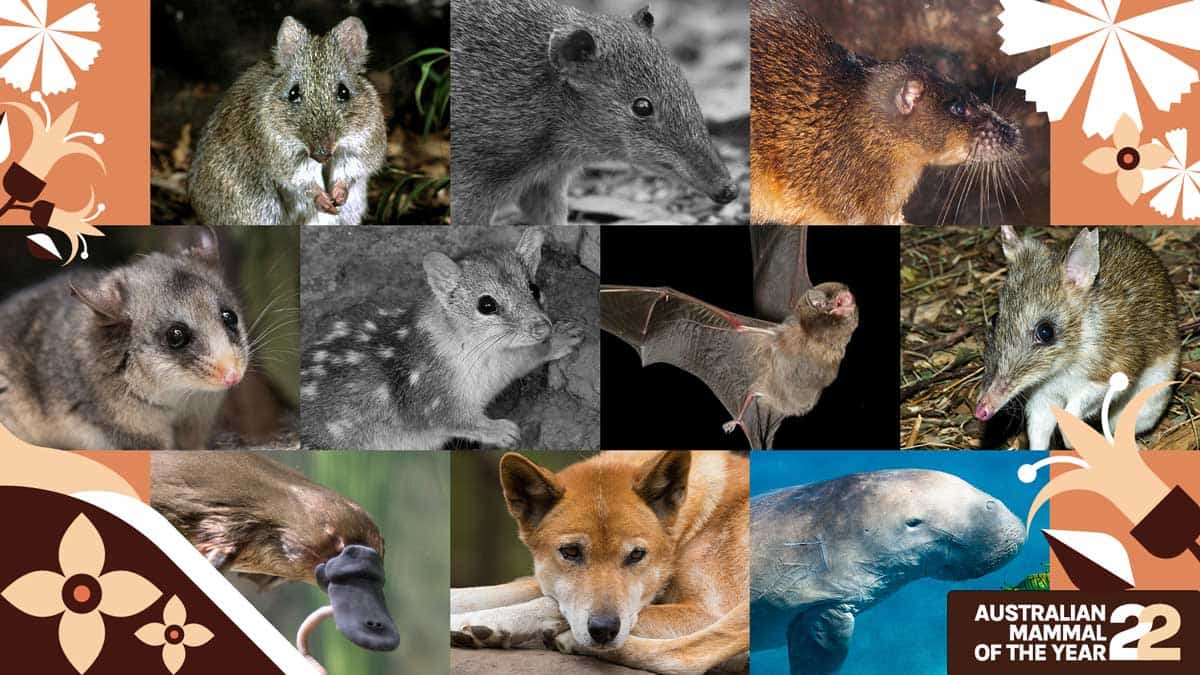 Voting closed! We’ll be back in two hours with the result and to open voting for the Top 7.

The northern quoll has finally headed south, eliminated from the Top 9 and the 2022 Australian Mammal of the Year competition after falling to last position just 11 votes behind the platypus. Northern quolls are adapted to extreme habitats in northern Australia with the ability to squeeze through tiny crevices and climb near-vertical surfaces – but unfortunately it wasn’t able to climb this ladder.

Now you’ve got just 22 hours to vote for your favourite in the Top 8, after which we’ll remove the lowest-rated mammal, clear the tallies and start again at the same time tomorrow. Get behind our mammals and give them a shoutout to your friends to get them into the next rounds.

RIP to the northern quoll

Size: The smallest of the four Australian quoll species. Body length 25-37cm, weight up to 1.2kg.

Habitat: Isolated mainland and island populations in northern Queensland, the Northern Territory as well as the Pilbara and Kimberley regions of Western Australia.

Superpower: Super strength! Female northern quolls can carry around up to EIGHT young in their pouch and on their back while traversing rugged country.

Female northern quolls, like some other mammals, can have multiple young with different fathers in the same litter—this helps to keep the genetic pool strong for future generations. What makes northern quolls stand out from the rest, however, is that their young often have little to no competition from large males due to the mass die-off after breeding season. This increases the chances of young northern quolls surviving to adulthood. Female northern quolls care for their babies until they are big enough to leave the den and fend for themselves.

Northern quolls are threatened across their range by invasive species such as feral cats and foxes which hunt them, as well as cane toads which poison northern quolls that eat them. However, with our help and your vote, northern quolls can continue to rule the night in northern Australia, hunting and climbing for many years to come!

In no particular order, here are our Top 8!

Perhaps the most unexpected takeover of the entire competition, the eastern barred bandicoot secured number 1 position in the Beloved Burrowers category with a quarter of the support after unseating the previously unshakeable greater bilby (19%).

The platypus also got a whole lot of love – swimming its way into the Top 10 as the next highest voted mammal across all of the categories other than the category winners.

We’ll set the tally back to zero and open up voting for the Top 7 anew.

Vote for your pick in the Top 8 here:

Originally published by Cosmos as Top 8 finalists for Australian Mammal of the Year… who will you vote for?