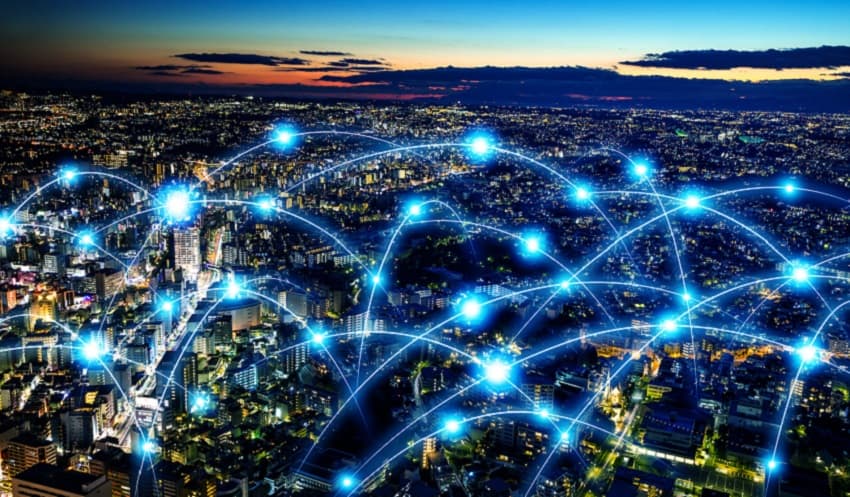 Researchers in Australia say they have found a way to manipulate laser light at a fraction of the cost of current technology.

Writing in the journal Advanced Science, they describe using perovskite crystals to make Faraday rotators, which are widely used in broadband and other communication technologies, as well as optical switches and fibre-optic sensors.

Faraday rotators manipulate light by altering one of its fundamental properties – its polarisation. This gives scientists and engineers the ability to stabilise, block or steer light on demand.

The industry standard for Faraday rotators is terbium-based garnets. However, Girish Lakhwani and colleagues at the Australian Research Centre of Excellence in Exciton Science have successfully used lead-halide perovskites, which they say offer excellent optical properties and low production costs.

“Interest in perovskites really started with solar cells,” says co-author Randy Sabatini. “They are efficient and much less expensive than traditional silicon cells, which are made using a costly process known as the Czochralski or Cz method.

“Now, we’re looking at another application, Faraday rotation, where the commercial standards are also made using the Cz method. Just like in solar cells, it seems like perovskites might be able to compete here as well.”

In the new paper, the team shows that the performance of perovskites can rival that of commercial standards for certain colours within the visible spectrum.

“It’s very difficult to find solution-processed materials that rotate light polarisation effectively,” Lakhwani says. “Based on their structure, we were hoping that perovskites would be good, but they really surpassed our expectations.”

The researchers have also carried out thermal simulations to understand how a real device would function. However, they say there is still work to be done to make commercial application a reality.