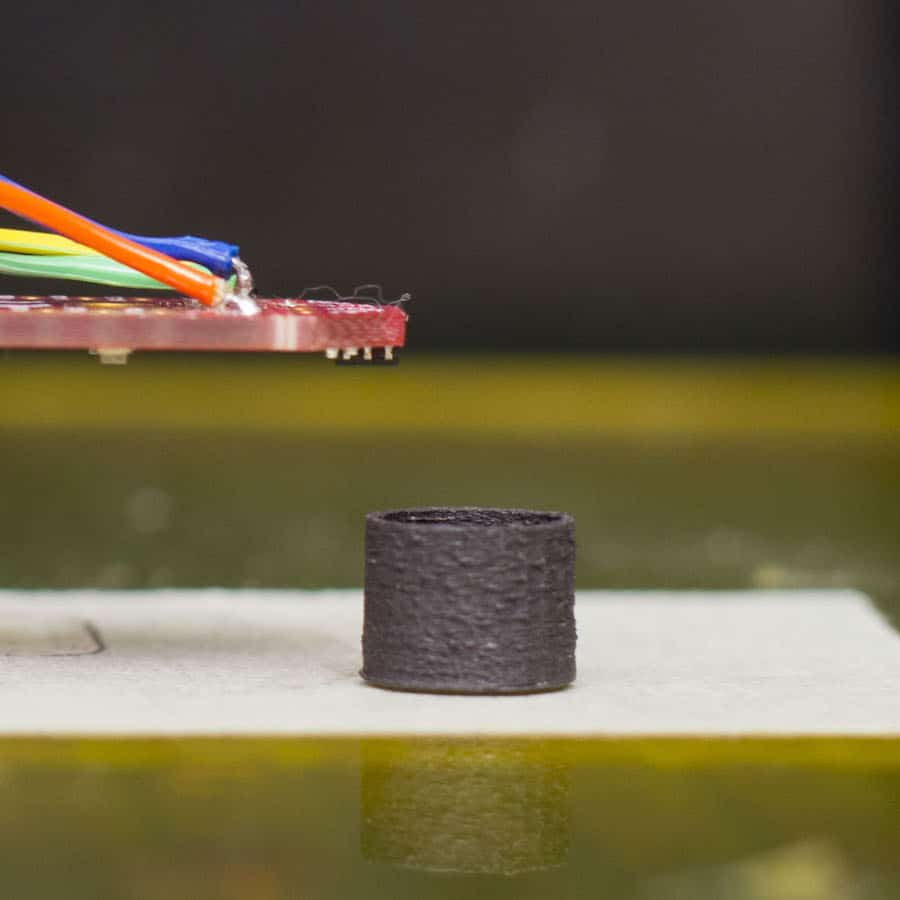 3-D printers can print body parts, super-strong ceramics – there was even a machine on the space station. Now, researchers in Austria and Germany have found a way to custom-print strong magnets with weird magnetic fields quickly and cheaply.

The technique, by Christian Huber from Vienna University of Technology and colleagues, can be used in applications that need complex magnetic fields, such as magnetic sensors. It was unveiled in Applied Physics Letters.

Conventional magnets, such as the simple bar magnet with a north pole at one end and a south at the other, are usually produced by sintering.

Metal powder pressed into a mould is heated to fuse it into a solid lump. It’s then popped between the poles of a powerful electromagnet which aligns the magnetic atoms in the material to produce a strong, permanent magnet.

Creating a single magnet with a customised particular magnetic field pattern could, for instance, provide smoother transitions between strong and weak fields for magnetic sensors, such as those that detect how fast your car wheels turn.

And unusual magnetic field patterns aren’t limited to sensors: they’re can be needed in the lab. “We often require special magnetic fields, with field lines arranged in a very specific way – such as a magnetic field that is relatively constant in one direction, but which varies in strength in another direction,” says Dieter Süss, co-author of the study.

The problem is sintering a magnet to produce these fields is tricky and time-consuming – hardly worth it if you only want one magnet. Huber and co thought there had to be an easier way.

Enter 3-D printing. Magnets have been printed before, but they started with and built upon conventional magnets. Huber and colleagues started from scratch.

Software lets a person create a magnet with a specific field. The design is then sent to a 3-D printer – but one with special building materials.

It prints filaments of metallic powder – an alloy of neodymium, iron and boron – in polymer binding material. The material is heated and a nozzle dots the melted mix, point by point, to build the 3-D shape.

At this point, the shape – around 90% metallic material and 10 % polymer – is not yet magnetic. Like its sintered counterparts, it’s exposed to a strong magnetic field and is converted to a permanent magnet with different patterns of magnetic field.

“This method allows us to process various magnetic materials, such as the exceptionally strong neodymium iron boron magnets,” explains Süss.

“Magnet designs created using a computer can now be quickly and precisely implemented – at a size ranging from just a few centimetres through to decimetres, with an accuracy of well under a single millimetre.”