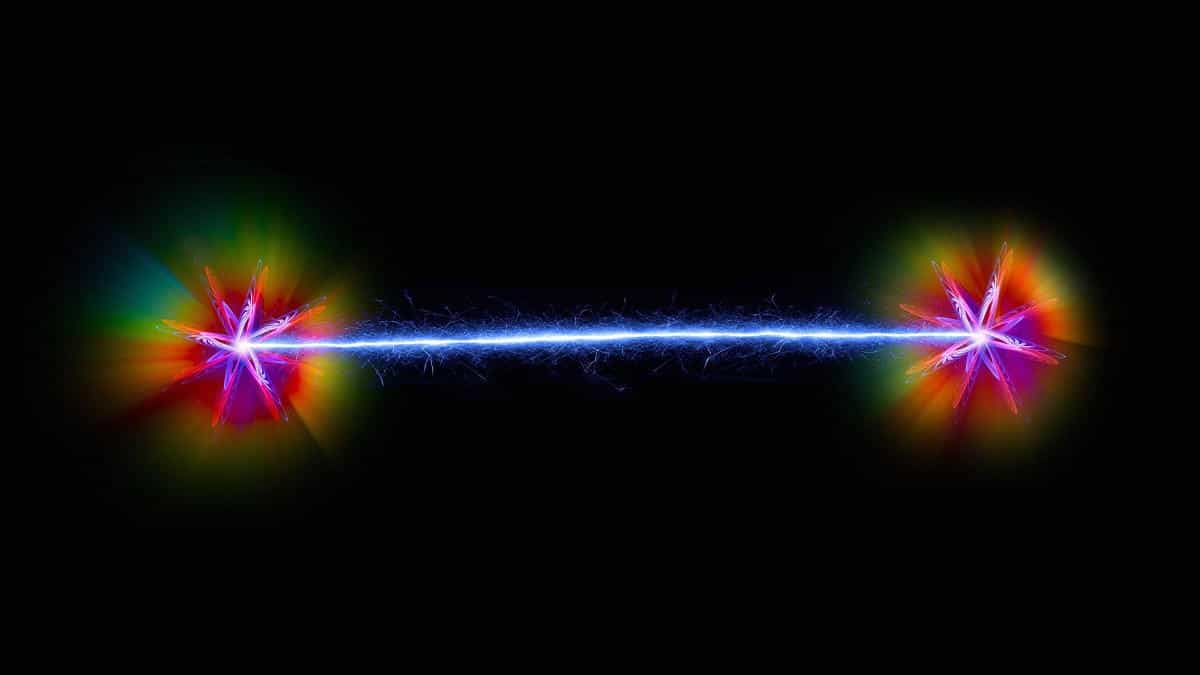 University of Adelaide researchers are part of an international team making strides in understanding the quantum world. Their chosen method of investigation? A “microfridge” capable of cooling tiny objects to the coldest temperature in the universe.

Quantum mechanics has for the last hundred years helped shape our understanding of the fact that the universe is very strange.

For example, the ‘superposition principle’ tells us that, unless direct observed in an experiment, the properties of the particle do not take a single value, but a “superposition” of probable values each with their own probability.

When superpositions are spread over multiple particles, the particles are said to be “entangled.” Quantum entanglement means that the physical states of two or more particles entangled remain linked no matter the distance separating them.

Quantum mechanics is only observable in the super tiny world of particles, atoms and molecules. Direct observation of quantum effects also requires extremely low temperatures. The lowest temperatures in the universe, in fact.

Research published in the Optica journal aims to help science answer the question of why quantum effects aren’t seen on the scale of our daily experience. Quantum entanglement of everyday objects is still confined to science fiction.

“Quantum mechanics describes the behaviour of exceptionally small objects at very low temperatures,” says senior author and project leader Professor Kishan Dholakia from the University of Adelaide and the University of St Andrews, UK. He describes quantum entanglement as “remarkable.”

“ Einstein referred to it as  ‘spooky action at a distance.’This effect couples the destiny of separated objects: performing a measurement of one object instantaneously tells you the result of the same measurement on the other object, even if it is exceptionally far away. Quantum entanglement is a key phenomenon behind the current drive to realise quantum computers and quantum-based encryption.”

To date entanglement has only been seen in exceptionally small and cold objects such as small clouds of atoms or molecules.

But this international team of researchers developed a method for cooling two or more glass beads – each the size of a red blood cell (just a few micrometres across) to be cooled to temperatures below the coldest reaches of outer space.

At this length temperature is directly linked to the speed of the object’s motion. So, slowing the vibrations inside the beads has the effect of cooling them.

“We used lasers to slow one of the beads, which then acted like a refrigerator for additional beads,” says first author Dr Yoshihiko Arita, also of the University of St Andrews.

So, the microfridge isn’t a box into which the glass beads are placed – it is one of the cooled beads itself.

“Reducing the temperature of the ‘refrigerator’ cooled the other beads to less than one degree above absolute zero, −273.15 °C, the coldest temperature achievable in the Universe.

“This experiment shows a new path by which we may cool two or more objects. It is exciting that the approach is compatible with many current experiments in the field, and it offers a potential route to seeing entanglement in objects that are at the edge of what we can see with the naked eye.”

Dholakia explains that, with such experiments on super-cooled micrometre-scale objects, they “are poised to offer a paradigm shift for terrestrial sensing of fundamental forces and quantum physics. They could even lead to table-top sensors of gravitational waves,” Dholakia explains. “This work will inspire researchers to explore the merit of multiple particles for a range of studies in this burgeoning area.”