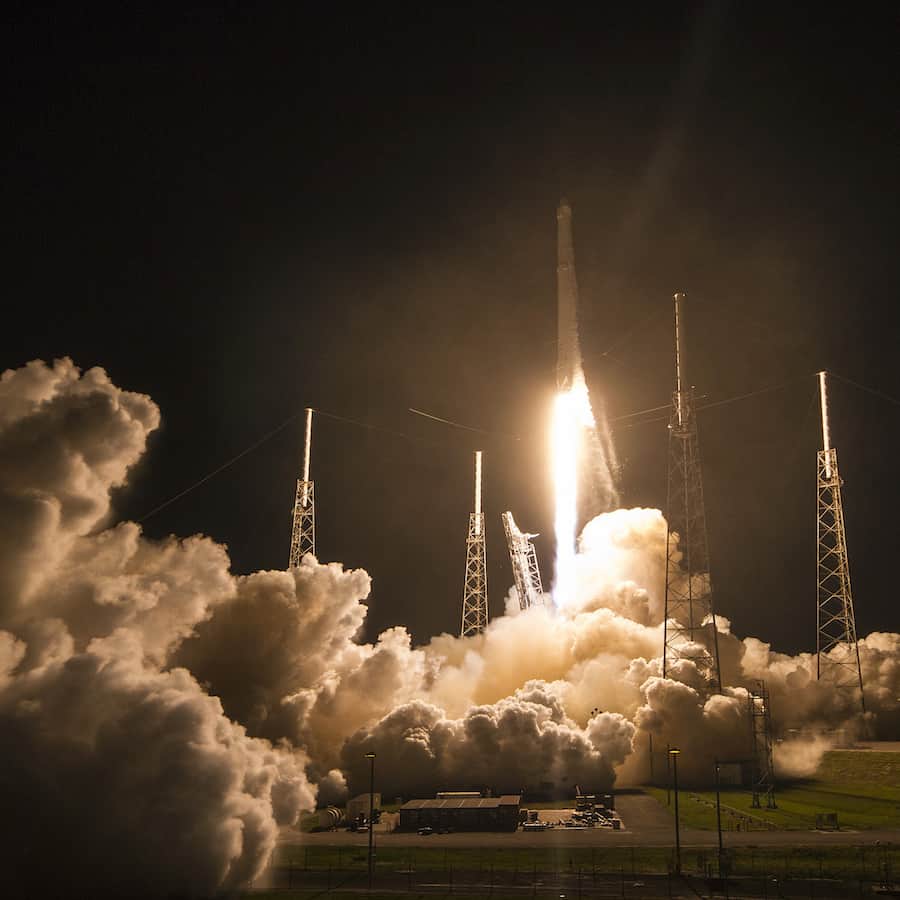 SpaceX has had a pretty impressive 12 months or so, successfully landing a reusable rocket in December last year on land and, in April this year, at sea.

But between these historic touchdowns, the company’s usual business been ticking along, ferrying bits and pieces up to the International Space Station.

Back in May 2012, the Dragon spacecraft was the first commercial spacecraft to dock to the space station and in August that year, was cleared to begin supply missions.

In the four years since, it’s made nine deliveries to the space station – the most recent including an international docking adaptor, experiments and a 3-D solar cell last month. Here’s its journey in pictures.

While the Dragon has only carried cargo so far, it was originally designed to carry people. The crewed Dragon 2’s first manned test flight is expected in the next two or three years. This is where the astronauts will sit.

SpaceX’s Falcon 9 rocket, pictured here just prior to launch, was used to blast the Dragon spacecraft into orbit.

The Falcon 9 took off from a Cape Canaveral launch site on 18 July.

After nine minutes and 37 seconds, the Dragon spacecraft successfully separated from the Falcon 9 rocket.

Following the separation, the Falcon 9 performed a boost-back manoeuvre and safely returned to Landing Zone 1 at Cape Canaveral in Florida.

NASA Flight Engineer Kate Rubins preparing for a spacewalk in which she and Expedition 48 commander Jeff Williams connected the new adaptor to the space station port.