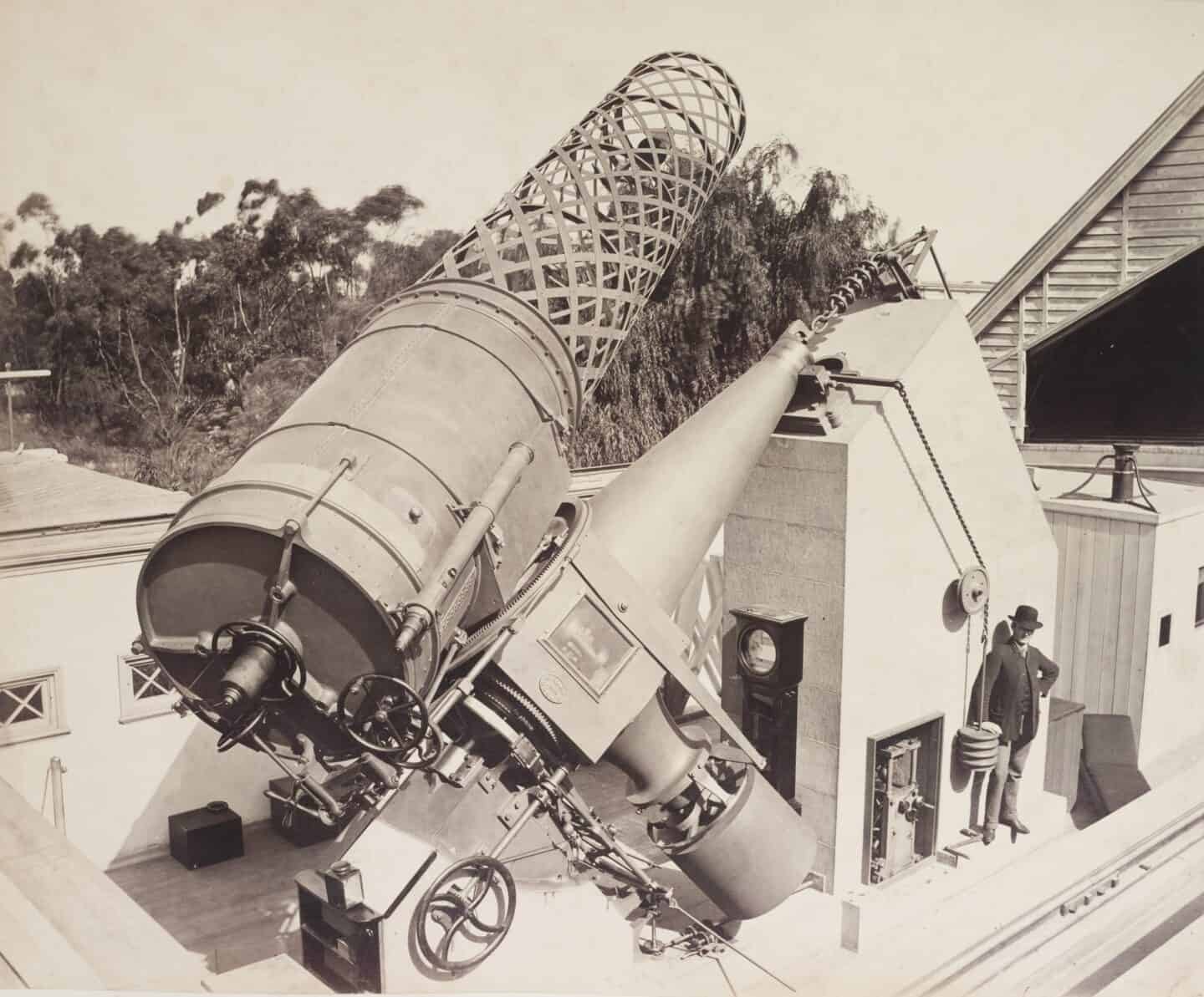 When you first see it, it looks like a ray gun from the mind of Jules Verne. Its swirling lattice-like barrel stretches skyward, as if about to zap a planet out of existence.

The other thing you notice is its sheer size – it fills the Engineering Workshop at Melbourne’s Scienceworks. The Great Melbourne Telescope, worthy of its description in several ways, is one of the most significant pieces of Australia’s astronomy history. And after sitting in ruins for years, it’s on its way back thanks to a band of volunteers and museum staff.

The telescope has been in ruins since it was destroyed as the Canberra bushfires ripped through Mt Stromlo in 2003. However its story begins much earlier – at the very start of Melbourne’s rise as a global city. Conceived as part of a push to make Melbourne a scientific city, some saw the telescope as a degree of civilisation coming to the untamed land.

Built in 1868 in Dublin, it was installed in Melbourne in 1869. At the time it was the second largest telescope in the world, and the largest one that was steerable. It looked wild – the building it sat in had a retracting roof, which reinforced the impression of a giant cannon about to obliterate some far off planet.

But as a telescope – it wasn’t great. Instead of a glass mirror it was made of metal, which tarnished. Also, because the telescope was used without a dome it would vibrate in the wind, making it pretty much useless for any sort of photography of stars. It did take some excellent photographs of the moon, and it made some important observations of stars around Eta Carinae, but that wasn’t enough to save it – it was barely used after 1893.

After Melbourne Observatory closed in 1944 the telescope was moved to Canberra’s Mt Stromlo. Now owned by the Commonwealth Observatory, it was finally given a glass mirror and housed inside a dome. It turned out the awkward child had transformed into a superstar – the telescope was now so good it was an integral part of Mt Stromlo’s work during the 1960s. Then in the 1990’s, after another detector upgrade, the telescope found the first observational evidence for dark matter.

In 2003 the Great Melbourne Telescope would meet its end. As the catastrophic Canberra bushfires swept through Mt Stromlo, the telescope perished with the rest of the observatory.

Museum Victoria had already started saving pieces of the Great Melbourne Telescope well before its destruction – as parts were upgraded they took original sections into storage. Then, following the bushfire they collected the rest.

However, it wasn’t until recently that restoration begun. A team of hardy volunteers supported by several groups have been returning the Great Melbourne Telescope to its former glory.

The structure has been reconstructed, but without the mirror or some other internal observation instruments. Even better, the epic telescope is open for viewing in the Scienceworks Engineering Workshop in Melbourne. Check it out, it’s awesome.

The team are still working on it and it will eventually be returned, fully functioning, to its original home in the Domain.