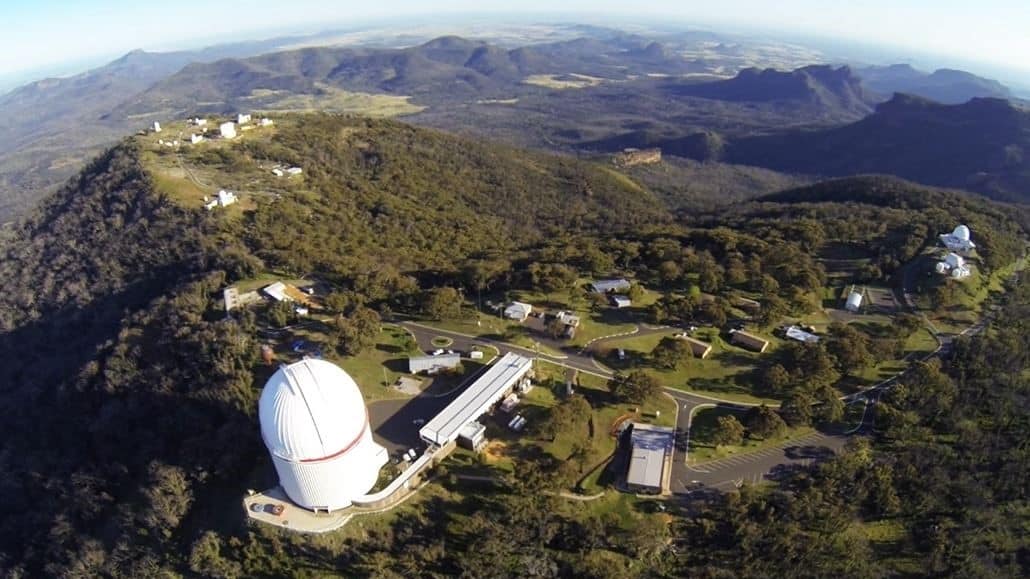 A new international collaboration involving Monash University will place identical telescopes on opposite ends of the Earth to detect gravitational waves.

The Gravitational-wave Optical Transient Observer (GOTO), led by the University of Warwick in the UK, will use its antipodal arrays to scour the sky in the search for the violent cosmic events which cause the ripples in spacetime known as gravitational waves.

These phenomena, predicted by Einstein over a century ago, were first detected by LIGO in 2015. Gravitational waves emerge when the universe’s densest objects – black holes, neutron stars, etc – collide, sending ripples through the fabric of space and time itself at the speed of light.

The telescopes, to be installed at the Siding Spring Observatory, NSW, are planned to be operational this year, in time for the next LIGO/Virgo run of gravitational wave observations in 2023.

There are 10 collaborators involved – six of them in the UK. UK Research and Innovation’s Science and Technology Facilities Council (STFC) has pledged $5.6 million for the project.

Apart from Monash, Warwick and the five other UK institutions, the partnership includes the Canary Islands Institute of Astrophysics, the National Astronomical Research Institute of Thailand, and Finland’s University of Turku.

“This is really encouraging from an international cooperation perspective that the UK is willing to support this project, with new telescopes to be built in Australia,” says Associate Professor Duncan Galloway, from the Monash University School of Physics and Astronomy.

Researchers hope that GOTO will bridge the gap between gravitational wave observations and the detection of electromagnetic sources.

“The new site gives us a massive improvement in our chance to observe the counterparts of gravitational wave detections,” Galloway says. “Detecting the optical counterparts promptly is a key factor in how much we can learn from gravitational wave detections. The first such event, GW170817, was identified in 11hours; but our GOTO network can be on sky and autonomously observing the field within minutes.”

The GOTO will act as a midway between detectors like LIGO and more conventional optical telescopes.

“There are fleets of telescopes all over the world available to look towards the skies when gravitational waves are detected, in order to find out more about the source,” says GOTO principal investigator and University of Warwick professor Danny Steeghs. “But as the gravitational wave detectors are not able to pinpoint where the ripples come from, these telescopes do not know where to look.”

After a successful test run of a prototype facility in the Spanish Canary Islands, at La Palma, phase two sees an expansion of the system.

La Palma is now host to two systems made up of eight individual 40cm telescopes. Their combined might allows them to sweep the visible sky every few nights.

But GOTO will double that capacity, with Monash University leading the preparation of the second identical site at the Siding Spring Observatory near Coonabarabran – known as the stargazing capital of Australia.

“The award of STFC funding was critical in allowing us to build GOTO, as it was always envisaged to be,” says Steeghs. “This gives us arrays of wide-field optical telescopes in at least two sites so that these could patrol and search the optical sky regularly and rapidly. This will allow GOTO to provide that much-needed link, to give the targets for bigger telescopes to point towards.”

The team believes GOTO will open the door to a new stage in gravitational wave astronomy. The project will provide scientists the opportunity to measure distances, characterise sources, study their evolution, and determine the environments in which they form.