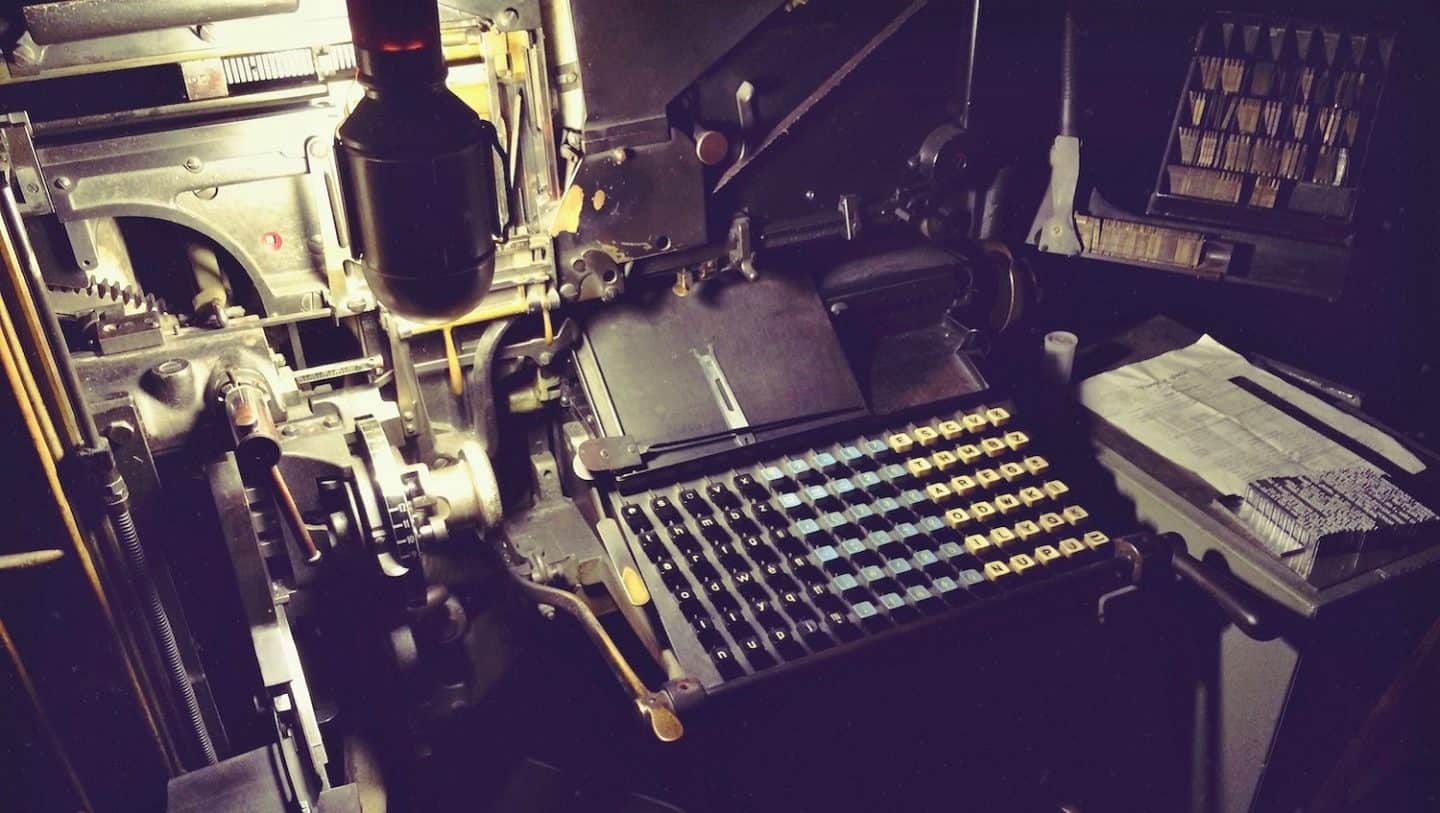 Previously, monks might take a week to copy just a few pages in a scriptorium. Gutenberg’s print shop could run off hundreds of copies of an entire book in the same time, as Geoffrey Moorhouse noted in The Guardian in 2002, while reviewing John Man’s book The Gutenberg Revolution: How Printing Changed the Course of History.

Within a decade or so of Gutenberg’s death on 3 February 1468, Moorhouse writes, “no fewer than 122 towns across Europe had printing presses. By the end of the fifteenth century, something between 15 million and 20 million printed books were circulating.”

As with many technological advances, Gutenberg brought together several inventions and processes to achieve his breakthrough: in this case, the use of a press, a process for mass-producing movable type – the individual metal letters and punctuation symbols – and also the use of good-quality oil-based inks.

And although the process represented remarkable advancements in printing, setting type remained a slow manual task.

Printing Yesterday and Today, an educational program produced by the Harry Ransom Centre, an archive, library and museum at the University of Texas at Austin, US, explains how typeset material for printing was still assembled by hand, and a skilled compositor could assemble 2000 characters or letters in an hour. Think how quickly a laptop and laser printer can accomplish that today.

It took more than 400 years for the next big advancement in printing technology to emerge. On 3 July 1886, a machine that came to be called a Linotype (because it could set a “line ‘o type”) was used to compose part of that day’s issue of the New York Tribune newspaper.

It was the creation Ottmar Mergenthaler, born in Hachtel, Wurttemberg, Germany, on 11 May 1854. He immigrated to the United States in 1872 after spending four years as a watchmaker’s apprentice in Germany.

Settling in the city of Baltimore, Mergenthaler began working in a machine shop, where he encountered James Clephane, a well-known printer and stenographer who’d had a hand in the development of the typewriter.

Clephane found that the typewriter allowed him to convert hand-written pages into typed script, but he needed a better way to make multiple copies.

An article published by the American Society of Mechanical Engineers explains how in 1876  Clephane brought such a machine, designed by another inventor, Charles Moore, to Mergenthaler in the hope he could make it work.

It took him 10 years to come up with a fully functional model but what he eventually built was called by Thomas Edison “the eighth wonder of the world”.

It was indeed a wonder of engineering, allowing an operator sitting at a 90-key keyboard to quickly place letters and spaces into a uniform line. Then, from a reservoir of molten lead held at 288 degrees Celsius, the lines of type were cast by the machine in the desired width, which were then arranged for use on a press.

An article titled How A Linotype Machine Works, reproduced from a 1915 publication called The Book of Wonders, says, “The Linotype is sometimes called a typesetting machine, but this is not correct: it does not set type. It is a substitute for typesetting… It is in reality four machines so arranged that they work together in harmony – the magazine, the assembling mechanism, the casting mechanism, and the distributing mechanism.”

The University of Baltimore’s Baltimore Heritage Literary Project reports that by 1904 there were 10,000 Linotypes in use. By 1954, that number had grown to 100,000. Sadly, the inventor had died of tuberculosis in Baltimore in 1899.

Originally published by Cosmos as Science history: the Linotype machine