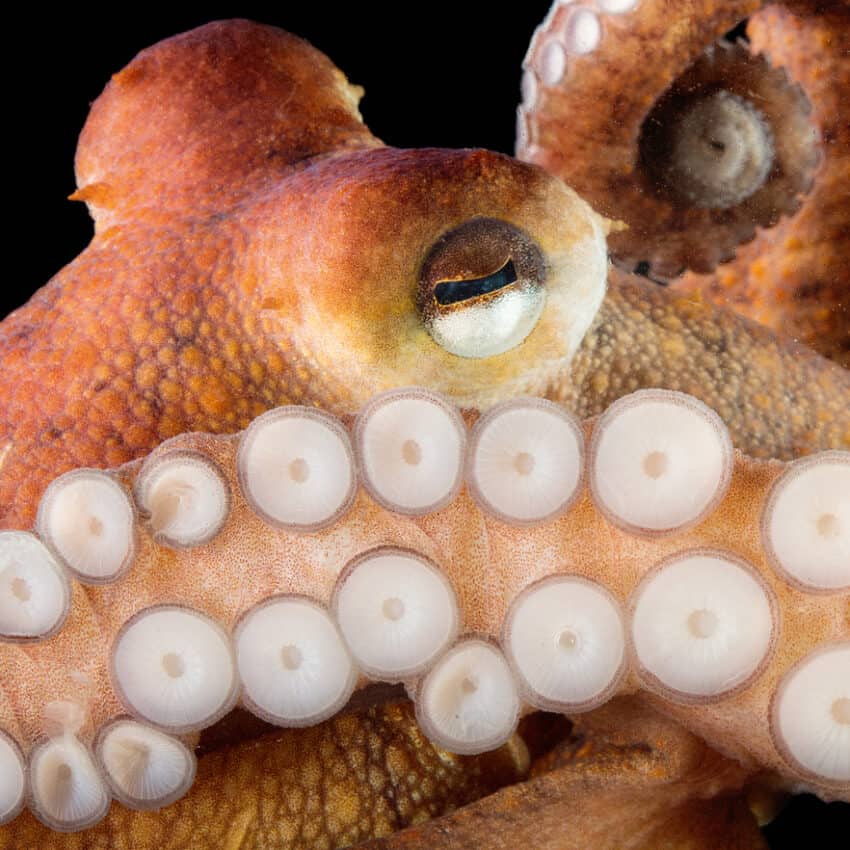 Here’s looking at you, squid

Look into the eye of an octopus and you’ll find yourself staring back at one not so different from your own. Yet we are about as closely related to an octopus as we are to clams.

The eye is such a precisely engineered organ that even Charles Darwin initially found it hard to believe natural selection could have produced it.

Yet over and over, we see that evolving complex structures is not a fluke. Given the same problem to solve, evolution tends to arrive at the same solution. It’s called convergent evolution.

A hedgehog with feathers?

Except for bats, New Zealand has no native land mammals. But rustling around in the undergrowth of its thick forests, you’ll find a very odd bird. Almost blind, round and squat, the kiwi is the only avian species with nostrils at the end of its beak, which it uses to hunt insects at night. It nests below ground in burrows, and its feathers are more like fur.

To fill the forest floor ecological niche, the kiwi evolved characteristics that make it more similar to a European hedgehog than any bird. The late evolutionary biologist Stephen Jay Gould dubbed it “an honorary mammal”.

The fossil image above is not a butterfly. It’s a lacewing, a member of a family that died out over 125 million years ago. Despite arising from a completely different branch of the insect family tree, it is almost indistinguishable from the modern Owl Butterfly (also pictured above).

Recently unearthed, beautifully preserved specimens of these extinct kalligrammatid lacewings from northern China show just how similar they were to butterflies. This year, fossil dissections showed they also fed though a long tube-like proboscis. They had large wings made from scales and even evolved prominent wing eyespots, designed to startle predators.

Bats flying through the night emit high-pitched sounds and listen for echoes to zero in on flying insects. Dolphins use the same strategy to hunt fish in the murky depths.

Bats and dolphins independently evolved echolocation. But it turns out that they used the same genetic toolkit to do so.

In 2013, Stephen Rossiter at Queen Mary University of London found that bats and dolphins had altered the same 200 genes to achieve their superpower. Some of those genes, like prestin, affect hearing sensitivity.

A year later, Atsushi Ogura at the Nagahama Institute in Japan discovered another gene that two species have in common – this time, the octopus and Homo sapiens. The eight-legged cephalopod uses the same gene we do to tell cells to morph into an eye: the master control gene Pax6.

Originally published by Cosmos as The mastery of convergent evolution