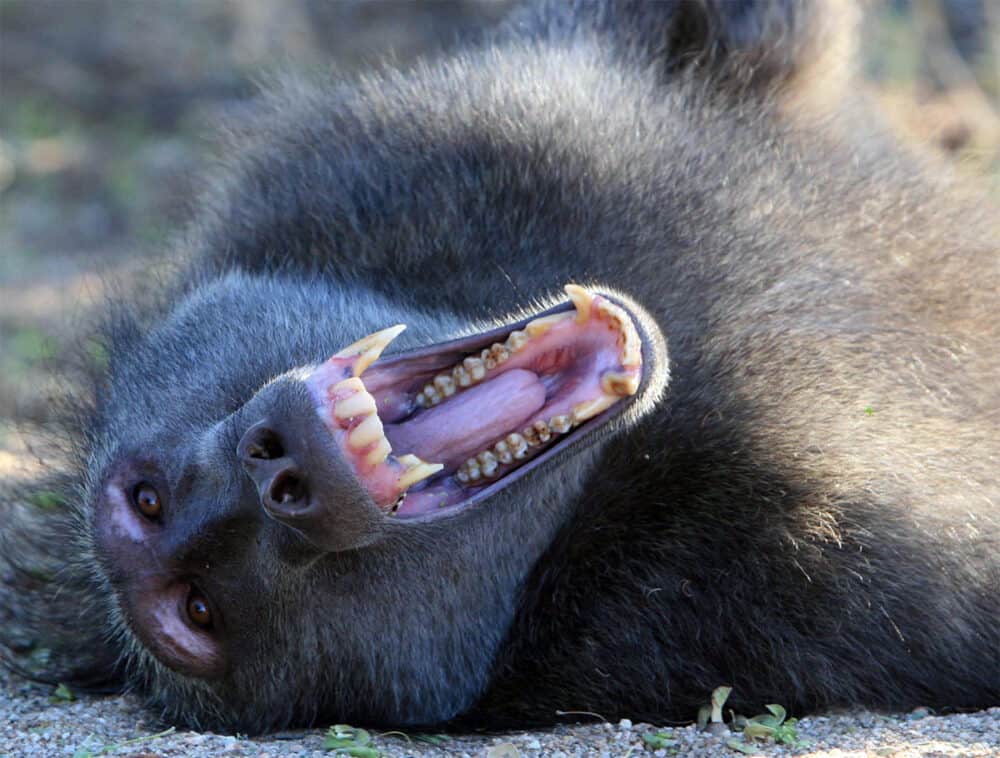 How to describe baboon sexual politics? Complicated? Perhaps. Savage? Certainly. Violence by males against females is not only common, according to new research based on observation of chacma baboons in Namibia, but a highly effective reproductive strategy, with males achieving higher mating success with those females towards whom they are more aggressive.

The males didn’t directly physically coerce females into mating with them; rather, the researchers report in Current Biology, they appeared to take the long view, attacking and chasing particular females repeatedly in the weeks preceding the females’ ovulation, the upshot of which apparently increased their chances of monopolising sexual access when the time was right. The researchers suggest this behaviour “can be seen as a form of long-term sexual intimidation”, reporting no evidence for the hypothesis that female baboons prefer to mate with aggressive males.

To research their conclusions, Baniel and her colleagues collected data on sex and aggression in two large chacma baboon groups in Namibia across four years. Chacma baboons are one of the largest of all monkeys, with a particularly pronounced size difference between males and females (what is known as sexual dimorphism). The average size of an adult male (about 31 kg) is double that of an adult female (about 15 kg).

This difference in size and strength is likely to be a major factor favouring sexual intimidation as a successful mating strategy, the researchers conclude. Other contributing factors might include the fact males and females co-exist in large groups for long periods of time, leading to a type of psychological conditioning through long-term memories of previous interactions.