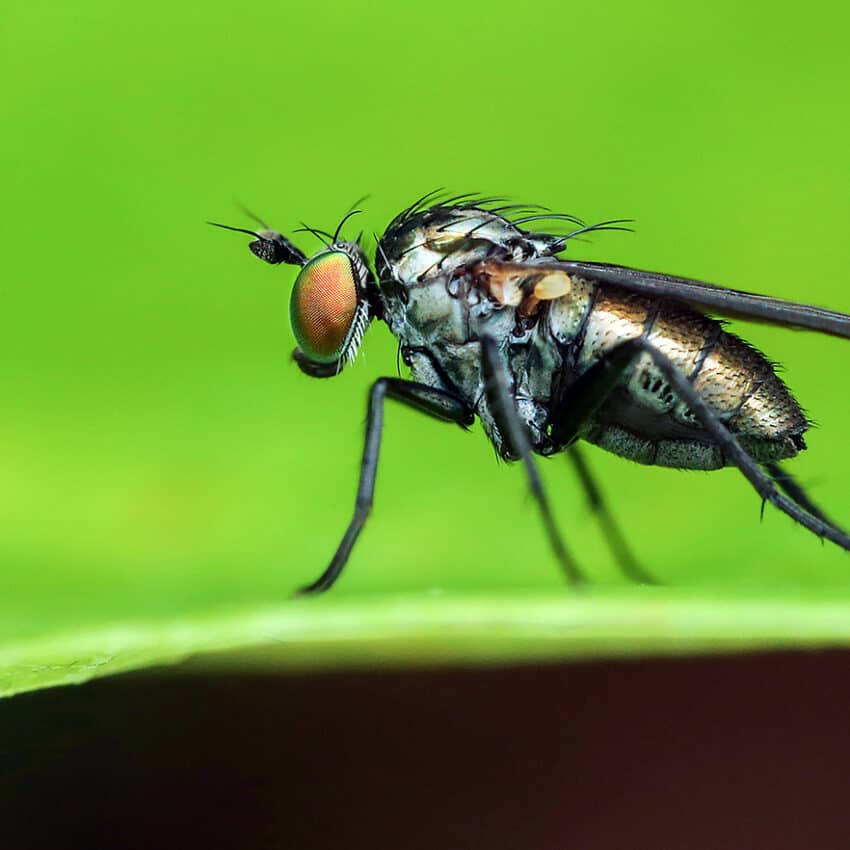 If you were asked to make a list of the things that influence your food choices, you might include family history, cultural background, research, fashion and the recommendations of celebrity chefs.

You would probably not cite your own gut bacteria. Which is a pity, because research indicates the microbes in your intestine may well have a powerful influence on what you feel like having for dinner.

Research by a team from the Champalimaud Centre for the Unknown (CCU) in Portugal and Monash University in Australia has established that in fruit flies two species of gut bacteria can reprogram their hosts’ appetite, protecting the insects from the short-term consequences of a poor diet.

It has been known for a long time that, across species, consumption of proteins and amino acids is a finely balanced act. Consuming too little or too much can have damaging consequences.

How organisms regulate protein intake is still unknown, but certain switching mechanisms are understood to play a role. In fruit flies (Drosophila melanogaster) a lack of amino acids in the diet can trigger a strong, specific appetite for protein, especially that found in yeast, while simultaneously shutting down the insects’ reproductive functions.

The latest study, led by Carlos Ribeiro, principal investigator at the CCU, discovered that fruit flies with two particular species of bacteria in their gut responded to an amino acid deficiency very differently; the flies did not develop hefty protein hungers, and continued to reproduce as normal, despite their deficient diet.

While the precise mechanism remains unclear, it seems that somehow the bacteria – Acetobacter pomorum and Lactobacilli – inhibit the fly’s brain from throwing the hunger and reproduction panic switches.

The gut bacteria “seem to induce some metabolic change that acts directly on the brain and the body and mimics a state of protein satiety,” explains co-author Zita Carvalho-Santos.

In other words, the bacteria directly influence the food choices of their host organism.

The collection of bacteria found in fruit fly guts – the microbiome, as it is known – is very small, comprising just five main species. Any naturally derived food, however, is a highly complex substance. To test the interaction between gut bugs and amino acids, therefore, the scientists used synthetic nutrient packs from which elements could be easily removed.

In their report, published in the journal PLOS Biology, the researchers note the influence of the bacteria was evident even when only one amino acid was removed from the fruit flies’ diet.

What influence, if any, gut bacteria have on human dietary decisions is likely to be a challenging question to answer. Human microbiomes are orders of magnitude larger than those of the fruit fly, with hundreds of microbe species resident in the intestinal tract.