Intriguing questions arise when life can be written in code. Here’s the thing: it just has.

A few conversation topics lead me to an almost involuntary eye-rolling. One of them opens with, “Have you ever wondered whether all of this is just a simulation?” That’s a question never asked before the release of The Matrix, but it feels like it’s suddenly popping up everywhere. While such questions seem well-suited for a session in an Amsterdam coffeehouse, do they have much meaning in our day-to-day lives?

NYU philosopher David Chalmers reckons they do. In his recently released book Reality+: Virtual Worlds and the Problems of Philosophy Chalmers draws a line between perception, cognition and philosophy, one that stretches all the way back into the Classical World. Plato’s famous “Allegory of the Cave” insists that all phenomena offer little more reality than shadows on the walls of a cave, a play of lights providing only a distorted and partial view of the real.

Neo’s journey toward the real across the arc of The Matrix represents our own journey into integrating our own perceptions and understanding in a hyper-connected world. That’s one reason that the film has remained popular in all the years since its release: Neo mirrors our own philosophical exploration of a world that has become so crowded with screens that our experience has become a confused mixture of simulation and reality.

While it’s important to know where the real ends and fake news begins, does a philosophy of simulation really help us to discern that essential difference? Or does it just loop back on itself, leaving us in a world where nothing can be known? Chalmers says yes it can. “Reality exists, independently of us. The truth matters. There are truths about reality, and we can try to find them. Even in an age of multiple realities, I still believe in objective reality.”

That strong statement from a prominent philosopher points toward a new relationship between ourselves, our tools and our understanding. In the 21st century, philosophers encourage us to “peel back” the shiny surfaces of our perceptions to get at the truth underneath the image. That’s good advice for any human living in any era, but it feels curiously meaningful now. We can learn something about ourselves by interrogating our world of perceptions. Maybe the question isn’t whether the smartphone has become a “dummy for adults” – as recently pronounced by The Washington Post – but, rather, why does my phone make me feel good or bad? Can we question the relations between ourselves, our perceptions and our technologies without getting caught up in how we feel? That’s always been the great promise of philosophy – it offers understanding as a path toward liberation.

It appears that this philosophical liberation operates in both directions: we can use the philosophy of simulation to work toward a deeper understand our lives; and we can also use simulation to work toward a deeper understanding of the philosophy of life. Simulation can now address some of life’s biggest questions. Why does life exist at all? Why does life work the way it does?

Until recently, life has been considered far too complex and rich in its organisation to be amenable to simulation. Simulations tend to abstract away all the messy bits, simplifying the complex – but that won’t work for life, where everything deeply depends on everything else. Take one bit away, and the structure changes. Remove a few bits, and it all implodes. Unless you can simulate everything connected with life, you can’t simulate anything much of life at all.

That changed in January, with the publication of a landmark paper in Cell. “Fundamental behaviours emerge from simulations of a living minimal cell” could well be one of the scientific touchstones of this century. Researchers working at the University of Illinois in the US developed a model for an entire cell – something possible because of two key innovations, one biological and the other technological.

First and most necessary, over the last decades cellular biologists have charted a path to a “minimal cell” – a living cell with only the bare minimum of elements required to sustain its continued vitality. They did this by starting with an existing and fairly simple cell – a micoplasma – then selectively knocked out bits of its DNA, noting which removals the cell could endure, and which proved fatal. By 2016 researchers had a line of cells with fewer genes and less complexity than any naturally occurring cells.

This dramatically simplified cell could now be “coded” – translated into data – precisely because there was so little of it. The model of that simplified cell could then be “run” on the latest generation of computer “graphics processing units” (GPUs). These same chips that power the game worlds of Fortnight and Minecraft can be used to calculate the operations of that simplified cell, moment to moment – though rather more slowly. It takes 8–10 hours of computer time to simulate just 20 minutes of the cell’s life.

A simulation tells you nothing valuable until tested against its real equivalent. These tests make up the core of the data presented in the research, with a detailed exploration of the predictions made by their simulation of the simplified cell, compared with experimental values gathered from research on those real cells. The results agree to sufficient precision across such a wide range of measurements that the researchers feel confident they have accurately simulated the functions of a simplified cell. That’s a first – and it’s an achievement that has long been sought after.

Why? Because now researchers have a foundation for an experimental cellular biology that is entirely simulated. It looks to be possible to add any gene, any protein, and any drug to the simulation, then gain a good sense of how it will affect the operations of the cell. These simulations can be performed many times faster than possible in even the most well-equipped research labs. Before the end of the decade this one breakthrough will greatly accelerate experimental research in cellular biology.

Now that we understand enough about how to simulate a simplified cell, other researchers will be tempted to add their own complexities, working toward something much closer to what we see in nature. At that point, the boundaries between simulated life and its real counterparts will begin to blur in the laboratory, in the science – and in our possibilities.

We may never know (or care) that we’re living in a simulation. Unless all of this work is simply us proving to ourselves that we are on a path to know enough about how to simulate life that – at some point – we could even simulate ourselves.

If that’s the road we’re on, I may need to stop rolling my eyes, and start paying attention. 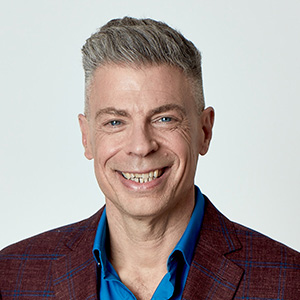