You may not think you know the Dasyurids, but there’s a good chance you do. Dasyurids aren’t always as cute as koalas, as common as kangaroos, or as cacophonous as kookaburras. But grab your popcorn and settle in, because this native group of marsupials contains species who mate themselves to death, diminutive deadly assassins, and the actual devil! The Dasyurids are the reality TV stars of the Australian animal world that you need to get to know!

The Dasyuridae are a diverse family of marsupials containing more than 60 species. Most are found only in Australia, but some also inhabit Papua New Guinea. They are tenacious carnivores, although the Tasmanian devil prefers to scavenge.

Many Dasyurids demonstrate an unusual reproductive strategy known as semelparity – where individuals have only one mating season, putting all their efforts into breeding in a direct trade-off with further life. Males of species such as the yellow-footed antechinus literally have so much sex that their organs fail and they die; quolls and phascogales also exhibit this salacious strategy. Other Dasyurids have a more pedestrian sex life with multiple breeding years, known as iteroparity. Remarkably, researchers have documented that the Tasmanian devil has switched from an iteroparous to a semelparous strategy in some areas, in response to a shorter lifespan caused by devil facial tumour disease.

Like many marsupials, offspring are born at a very undeveloped stage, and crawl through their mum’s fur to the pouch. However, unlike most marsupials, and even most Dasyurids, tiny joey dunnarts manage to crawl to the pouch before they even form bones!

The origin of the name “Dasyuridae” has its roots in Greek, meaning “hairy tail” – and indeed many of the members of this exclusive group do have handsomely hairy appendages. Look to the kowari and the brush-tailed phascogale for proof! The crest-tailed mulgara lives up to its name with a marvellous mohawk of a tail, and the additional ability to store fat in the base to help it survive through lean times.

Poll for your dasyurid here!

Read about rollicking rodents and vote for them here

The Dasyurids exhibit dramatic diversity and really do cover the whole realm of “all creatures great and small”. The kultarr, the only member of the genus Antechinomys, tips the scales at a tiny 30g –about the weight of a slice of bread. To conserve energy, this pocket-sized predator can enter a state of torpor – reducing its metabolic rate by up to 30%.

At the greater end of the creature scale, the spotted-tailed quoll weighs in as the biggest of this group, with males up to 7kg. Despite their larger size, quolls still exhibit a fast life-history strategy, often only surviving one breeding season. In some species, such as the eastern quoll, females can give birth to more than 18 offspring at once, but can fit only a handful in their pouch to nurse, so the remainder die (or, quite often, are eaten by their mum).

Unfortunately, many of our unique Dasyurids are threatened with extinction. Every species of quoll is now listed as either endangered or near threatened by the IUCN, and eastern quolls are extinct on mainland Australia, surviving in the wild only in Tasmania. A plethora of intersecting threats impact Dasyurids, including habitat loss and land-use change, predation by cats and foxes, introduced toxic prey items such as cane toads, disease, and climate change.

I’ve been lucky enough to encounter a number of Dasyurid species during my career in ecology and been charmed every time. I hope you’ll agree that the members of this fascinating family are worth your vote!

The nominees for number one dasyurid are:

Sandhill dunnarts will enter periods of torpor in severe conditions to conserve water and energy.

The yellow-footed antechinus, also known as the mardo, is the most widespread of all the members of its genus, Antechinus.

Roughly the size of a cat, spotted-tailed quolls are sleek and agile predators with outstanding climbing abilities.

Oddly enough, the kowari carries a distinctive smell, which has been likened to that of a mop!

They can eat 25% of their own body weight in food (insects, other arthropods and small vertebrates) and can extract enough water from a diet of lean meat or mice without having to drink it too.

The largest mammal with a semelparous life history. In simple terms, this means that male northern quolls only live for one year and generally die off after their first (and usually last) breeding season.

Eastern quolls come in two different colours, caramel and dark chocolate, both of which can occur within the same litter!

Also known as the tuan, they are a deep grey colour, with a light grey to cream underside and a large, black, bushy tail that they use for balance.

Their ankle joint rotates backwards, allowing them to run easily down tree trunks head-first – in a cage they will even run in a mouse exercise wheel upside down.

Dibblers only weigh between 40 and 100 grams and have a distinctive white ring around their eyes.

Agile antechinus only breed during a 1-3 week period in July or August, though females can store sperm for up to 21 days after mating. 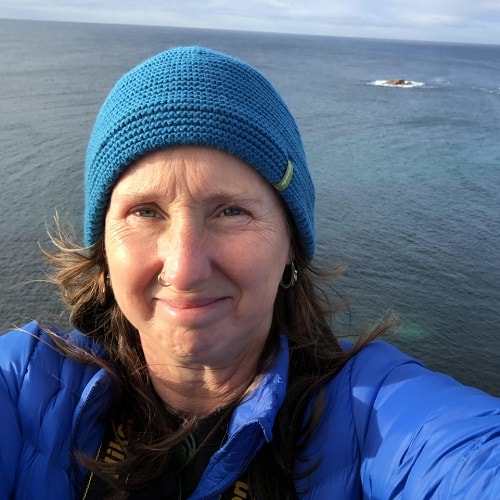 Jo Isaac began her love affair with common brush-tailed possums in 2001, during her PhD research. She has studied a variety of mammals across the globe, and her passion for wildlife conservation shows no signs of abating. Jo is currently Principal Ecologist at Ecology & Restoration Australia.