Habitat: Found on the gibber plains of north-eastern South Australia and south-western Queensland

Superpower: Oddly enough, the kowari carries a distinctive smell, which has been likened to that of a mop!

Kowaris are the greatest Australian animal you’ve never heard of!

Small, solitary, and vicious, the kowari thrives where few brave souls dare to venture. Deep in the heart of the Australian arid zone, kowaris burrow into the sand mounds found scattered across the gibber plains of the stony desert bioregion. While their current range is restricted to north-eastern South Australia and south-western Queensland, their historical range extended north into the Northern Territory and further south towards Lake Eyre.

Kowaris are fascinating creatures. Prancing across the landscape in the darkness of night with its distinctive bushed tail raised high, the kowari is a highly efficient predator and will attempt to feast on anything smaller than itself… and potentially a few things larger as well!

Membership of the family Dasyuridae places the kowari alongside more well-known predators such as the Tasmanian devil, quoll species, and the extinct thylacine. Like their larger counterparts, kowaris consume a wide variety of prey including invertebrates, reptiles, small mammals, birds, and eggs, and do not need to drink water as they obtain sufficient moisture through their diet. They will even eat smaller dasyurid species – sorry, no friends in the food game!

Kowaris have even been observed to ward off attacks from predatory birds by standing their ground and launching themselves at their would-be predators. By disrupting the initial capture attempt, they can buy time to locate a nearby burrow and escape to safety.

Worryingly, the kowari’s remaining fragmented populations are under threat from pastoral activity and invasive predators, and these dasyurids have thus far demonstrated a poor ability to disperse back into suitable habitats that they once called home. To find out more about ongoing kowari research and to help protect this unique Australian species, visit the Team Kowari website. 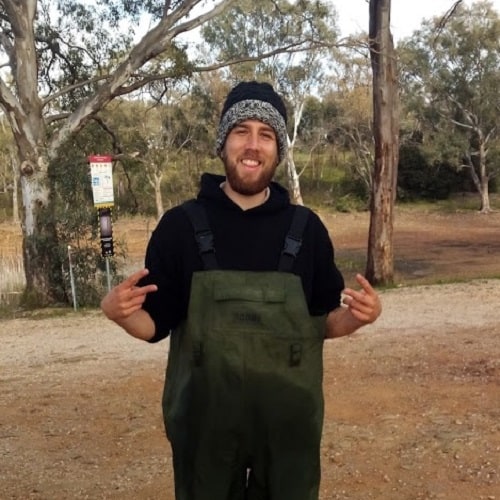 William is a PhD student with the Desert Ecology Research Group at the University of Sydney whose project is focused on the kowari and other mammals of the Stony Deserts. He was formerly at the Quantitative and Applied Ecology Group at the University of Melbourne, where he received a Master of Science (with Distinction) for his work with small mammals on the Tiwi Islands. Aaron is a Senior Lecturer with the School of Life and Environmental Sciences at the University of Sydney, where he leads a group who aims to understand how species and ecosystems respond to major disturbance events in a rapidly changing environment. He has over 25 years of experience in ecology across arid, agricultural and forested environments.