Habitat/range: Once present across most of the bottom half of Australia, the greater stick-nest rat is now limited to offshore islands and fenced reserves.

Superpower: The greater stick-nest rat uses its sticky urine (called “amberat”) to glue its nests together. The amberat is so strong, the nests can last for thousands of years when sheltered from the elements under rock overhangs or caves.

The greater stick-nest rat is a mild-mannered rodent about the size of a guinea-pig. With its chubby cheeks, round ears and even rounder body, this species is characterised by its impressive home-making skills. Using sticks, dry grass and stones, the greater stick-nest rat builds large nests up to two metres wide, which it uses to shelter from predators and temperature extremes. These nests can be incredibly intricate, with multiple chambers and levels, and so strong they are almost impossible to pull apart. This sturdy construction is partially due to the greater stick-nest rat’s secret weapon – sticky urine, known as amberat, acts as an adhesive to glue the sticks together.

Nests can reach such grand proportions because they are built upon over several generations, occasionally even acquiring additional structures nearby, similar to granny flats. Up to 20 greater stick-nest rats may occupy a nest at a time, and the nests are an excellent example of teamwork, as the rats work together to gather materials and build the shelter.

Nests typically contain one or more dominant females. Recent research has shown that the greater stick-nest rat demonstrates female philopatry, wherein the females stay within or nearby to the nest they were born in, while the males move on when they reach maturity. This is a handy survival strategy, as it reduces the risk of inbreeding and ensures that females will inherit an excellent shelter in which to raise their own young. Greater stick-nest rats don’t leave their young in the nest, however; when their babies are born (usually two to three in a litter), they will latch onto the mother’s teats and will be carted everywhere on their backs until they are weaned!

Sadly, this charismatic species has suffered a huge range contraction in the last two centuries. Fossil records, Indigenous knowledge and early naturalist accounts tell us that the greater stick-nest rat was once present across most of the bottom half of the continent, encompassing a wide range of habitats from mesic to arid. Following European arrival, however, introduced predators, grazing cattle, and land-use changes had reduced this species to a single population on the Franklin Islands, off the coast of South Australia, by the 1920s. Around the same time, a smaller species, the lesser stick-nest rat, is believed to have gone completely extinct.

But in the 1980s, a team of dedicated ecologists began studying the greater stick-nest rat, and it has since been the focus of a number of translocations to other offshore islands and fenced reserves on the mainland. These conservation efforts have successfully increased the total number of greater stick-nest rats from approximately 1,000 individuals to around 4,000 (estimates vary), helping to safeguard the species from extinction and giving us the opportunity to learn more about these radical rodents.

A rat may not be everyone’s first choice for Australian Mammal of the Year, but surely the greater stick-nest rat has plenty to recommend it. It’s cute, cuddly, houseproud and matriarchal – what more could anyone ask for?

Originally published by Cosmos as Greater stick-nest rat: the mammal most likely to feature on Grand Designs 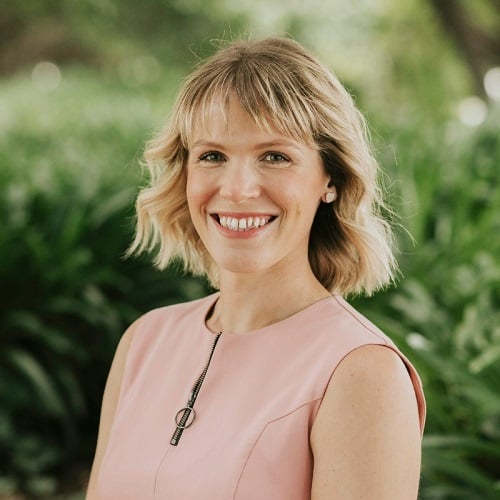 Isabelle Onley is a conservation biologist specialising in developing management strategies to future-proof species against climate change. She recently completed her PhD on the conservation, genetics and adaptive management of the greater stick-nest rat.