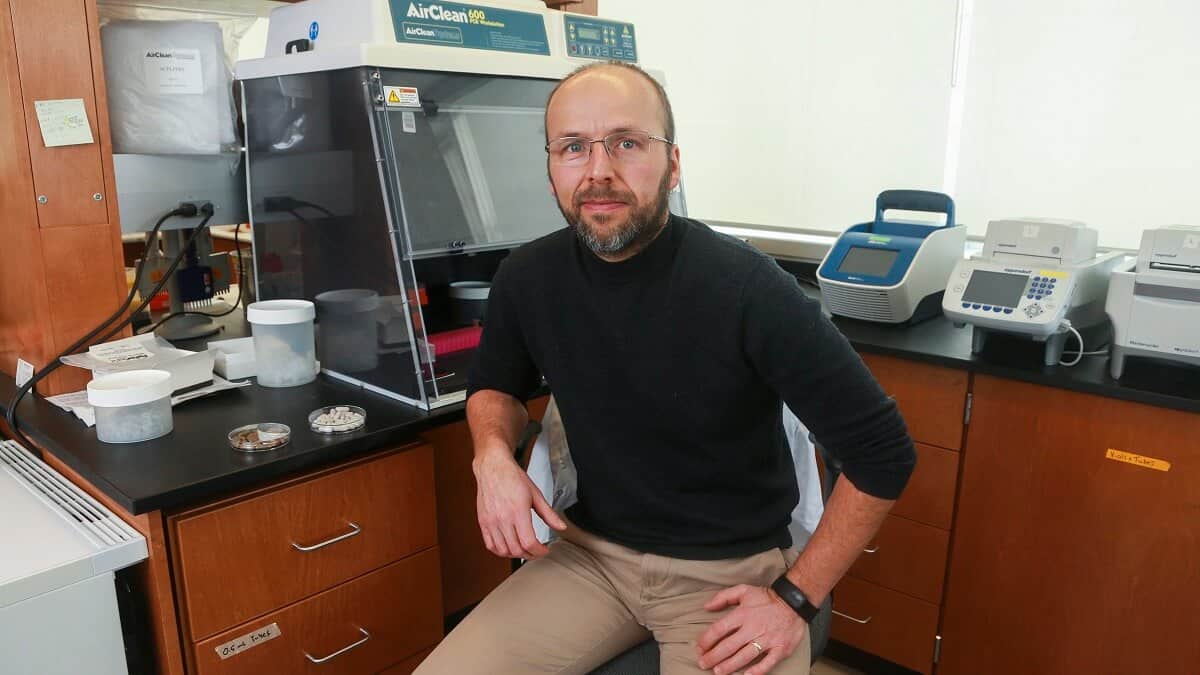 In what has to be one of the greatest ironies in recent scientific history, a Canadian researcher who made his name by exposing fraud in the supplements industry is facing charges that his own fraud-busting research was itself bogus.

In 2013, Steven Newmaster, a botanist at the University of Guelph, Ontario, published a paper in BMC Medicine in which he reported that he had done DNA “barcode” analysis of 44 herbal products and found that most of them weren’t what they claimed to be. Instead, they contained fillers, ingredients different from those stated on the label, and potentially toxic contaminants.

“For example,” his paper said, “we found that one product labelled as St. John’s wort (Hypericum perforatum) was substituted with Senna alexandrina (fabaceae); it contained only senna barcodes and no St. John’s wort barcodes. This is a serious health risk as senna is a Food and Drug Administration (FDA)-approved non-prescription herbal laxative, which is not for prolonged use as it can cause adverse effects such as chronic diarrhea, cathartic colon, liver damage, abdominal pain, epidermal breakdown and blistering.”

The paper drew international attention and threw a scare into the supplements industry, which hastened to start using Newmaster and his DNA barcoding process to authenticate its ingredients. “They paid him millions of dollars to do their testing,” says science journalist Charles Piller.

There was just one problem. In June 2021, eight experts in DNA barcoding and other fields, including some of Newmaster’s former colleagues, wrote a 43-page letter to the University of Guelph claiming that at least some of Newmaster’s research was bogus.

“[They] found that the supplement paper from 2013 as well as two other papers were created using a variety of scientific frauds, including data manipulation and plagiarism,” says Piller, whose in-depth investigation appears in this week’s issue of Science.

That letter, Piller says, was largely inspired by the courageous efforts of Ken Thompson, a young scientist who once worked with Newmaster.

At the time, Piller says, Thompson was “a naïve kid”. But as he moved on, Piller says, he grew concerned that a paper he’d done with Newmaster in 2014 was based on improper or even fraudulent research methods.

Thompson eventually got the journal to retract the paper, but even before he succeeded, his efforts had drawn the attention of other scientists.

“His efforts made other people say we need to look deeper into this guy’s works and see if this is a one-off, or a pattern,” Piller says.

Piller’s own investigation spans six pages in Science – a journal not given to unnecessarily long articles – and found that the problems go well beyond the three papers challenged by the scientists who wrote to the University of Guelph.

“I found this pattern of fabulism and plagiarism and data manipulation to be present in a wide range of his papers,” he told Cosmos.

Nor, he says, was the problem confined to journal articles. In a 2020 online training session for the Association of Food and Drug Officials about how to use DNA barcoding to determine if cannabis cultivars are what they claim to be, Piller says he found multiple instances of fraud.

In one slide, reprinted in his Science article, he says Newmaster showed an image he claimed depicted the “unique signatures” of four strains of cannabis cultivars. “But the image he showed was identical to one in a paper about coffee identification published in the Journal of Agricultural and Food Chemistry by a Japanese research group in 2012,” Piller alleges.

Another slide, Piller alleges, showed what Newmaster claimed were nuclear magnetic resonance (NMR) profiles for three strains of cannabis. But the scatter diagram he used to depict this, Piller says, wasn’t even an NMR plot. Instead, he alleges, “it was identical to a graphic showing arrest data for 50 US states”.

What this means for herbal products isn’t clear: just because there might be problems with Newmaster’s study doesn’t mean that there was never a problem with contamination. “I’m not saying that these supplements are great,” Piller says. Rather, he says, it raises questions about the value of Newmaster’s methods in testing them.

Luckily, DNA barcoding isn’t the only possible test. At least six other methods exist, none related to DNA, according to a list supplied to Cosmos by Darry Sullivan, chief science officer and director of regulatory affairs for Eurofins Scientific Inc, which runs analytical laboratories across the globe. “If [Piller’s] article can prove the allegations being made, it would affect some dietary supplement testing programs, but not all of them,” Sullivan says. “Many other scientifically valid test methods are available.”

Also available are organisations that can assist by organising studies to validate testing methods. Such studies recruit multiple labs, then send them samples spiked with unrevealed amounts of the substances the tests are designed to detect. The results are then compared to see if the test is reliable.

“The trick is that it has to be independent of the [method] developer,” says Tony Lupo, president of AOAC INTERNATIONAL (formerly the Association of Official Analytical Chemists), in Maryland, US. “AOAC is one of several bodies that can do this, but the critical piece is independence.”

As of press time, Newmaster hadn’t responded to multiple attempts to reach him by Cosmos, or to Pillar during his five-month investigation.

But Piller reports that he did respond to the allegations filed with the university, stating: “I have never committed data fabrication, falsification, plagiarism, or inadequate acknowledgment in the publications as claimed. I have never engaged in any unethical activity or misconduct.”