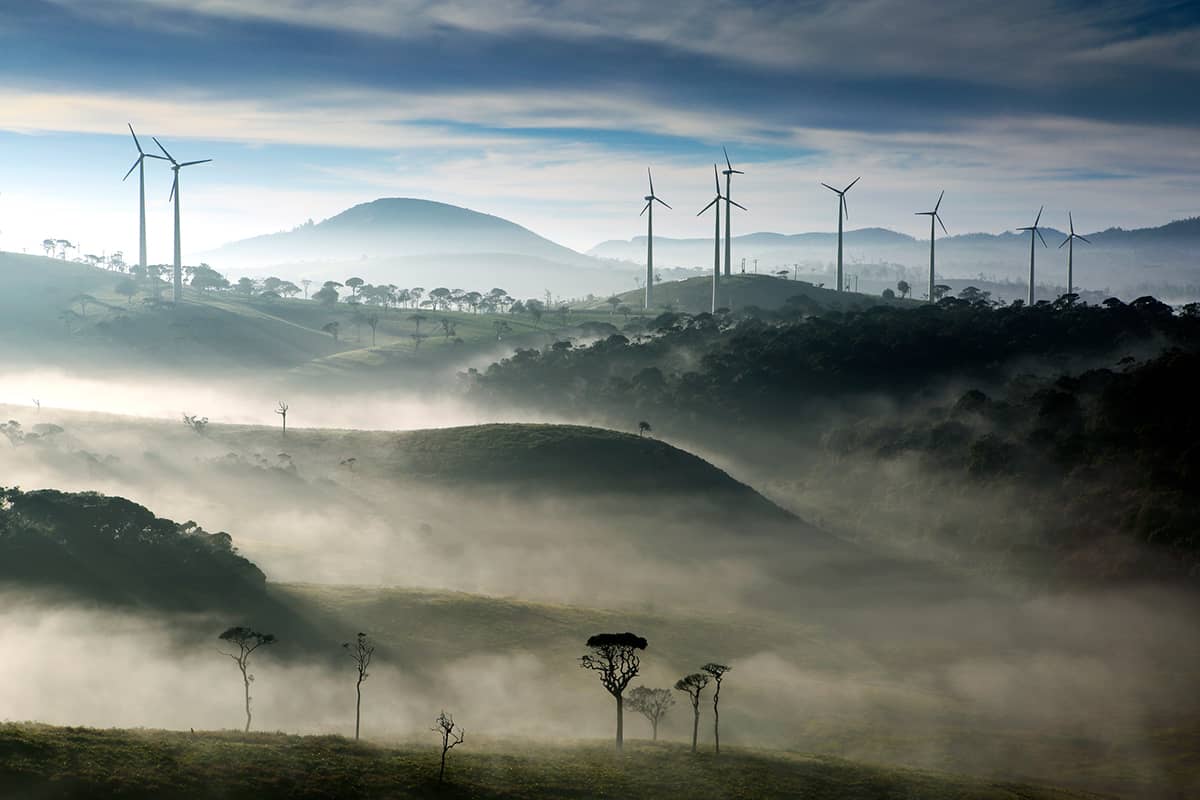 Everybody wants to change the world. Few of us publish research detailing exactly how to do it.

Stanford’s Mark Z. Jacobson, who led a 2015 effort to create a state-by-state plan for a US transition to 100% renewable energy, has published similar research on a much larger scale, examining scenarios in which 139 countries could be powered purely by wind, water and solar (WWS) by the year 2050.

In scope and scale, the paper – published in the new energy journal Joule – is a significant expansion on Jacobson’s prior work. It isn’t limited to each country’s electricity sector – it examines the electrification and decarbonisation of transportation, heating, cooling, industry, agriculture, forestry and fishing. The authors chose the 139 countries, which between them cover 99% of the world’s carbon emissions, because the necessary energy data about them were available through the International Energy Agency (IEA).

The authors are careful to place this herculean effort and the resulting roadmap in context.

“Both individuals and governments can lead this change. Policymakers don’t usually want to commit to doing something unless there is some reasonable science that can show it is possible, and that is what we are trying to do,” says Jacobson. “We are not saying that there is only one way we can do this, but having a scenario gives people direction.”

His ideal policy outcome would see “governments in many countries of the world commit to 100% clean, renewable energy in all sectors by 2050 with 80% by 2030”.

Few attempts to map out a potential route for total decarbonisation attempt to do it on this scale, and as such, this is likely to turn the heads of policymakers. But modelling is a double-edged sword: forecasting the future invariably draws attempts at rebuttal and interrogation of the complexities, uncertainties and assumptions that are a necessary part of the exercise.

The devil in the detail

Jacobson’s prior US-focused paper highlighted a tense contradiction within the intermeshed spaces of policy, academia and analysis that span the renewable energy sector. The paper was criticised in a follow-up published in the same journal, Proceedings of the National Academy of Sciences, which stated that Jacobson’s work “involves errors, inappropriate methods, and implausible assumptions” – triggering a back-and-forth through social and academic channels that lasted many weeks.

The key gripe focused on assumed increases in the discharge rate of US hydro power stations – considered, by respondents, to be unviable.

In the new global study, Jacobson has addressed this criticism by assuming dispatchable output is sourced from concentrating solar power with thermal storage, batteries and other dedicated storage.

The study also models the interplay between supply and demand in the electricity grids of these countries by using a model to simulate estimated resource availability (wind, water and sunlight), adding constraints (such as competition among wind turbines), and load data for each country simulated at a 30-second resolution for 50 years into the future. The authors specifically exclude bioenergy, nuclear, fossil fuels with carbon capture and natural gas from their models. These exclusions are likely to be a driving element of subsequent debates, with critics regularly citing the need for a bigger ‘toolbox’ to address climate change.

The supplemental information attached to Jacobson’s paper provides data about Jacobson’s Australia-specific modelling, some of which is illustrated below.

Jacobson estimates that his proposed shift to 100% WWS power would achieve savings of $11,393 per person per year by the year 2050.

A recent review authored by Australia’s chief scientist Alan Finkel, elaborating on a blueprint for Australia’s electricity system, embarked on a similar (and far narrower) future-modelling exercise. A key difference was the continued presence of coal and gas in the system modelled by Finkel.

Jacobson contends that this rate of change is not sufficient. “To avoid 1.5 C global warming, we need 80% reduction of everything by 2030 and 100% by 2050. We think a faster acceleration is possible at reasonable to low cost.”

Jacobson’s paper is designed to serve as a vision for future, but even Finkel’s proposal for a far less ambitious emissions reduction target has not been adopted several months after it was proposed.

The hazards of the future

Mark Dyson, of the Rocky Mountain Institute, grapples with the hazards of forecasting the future in an accompanying commentary on the paper. “Different authors with different assumptions and technique will understandably find different ‘answers’ for long-term decarbonisation. Yet most debate about particular conclusions misses the massive uncertainty of the inputs that drive those answers.”

Detailed modelling of 100% renewable scenarios are designed as tools for inspiring policy action rather than strict instructions for altering energy systems, and they are often successful to some degree. The study is also likely inspire discussion and debate about the exclusion of technologies like nuclear power and carbon capture and storage, about specific responses to the technical nuances of modelling systems on this scale, and of course about the perceived blending of boundaries between academia and activism.