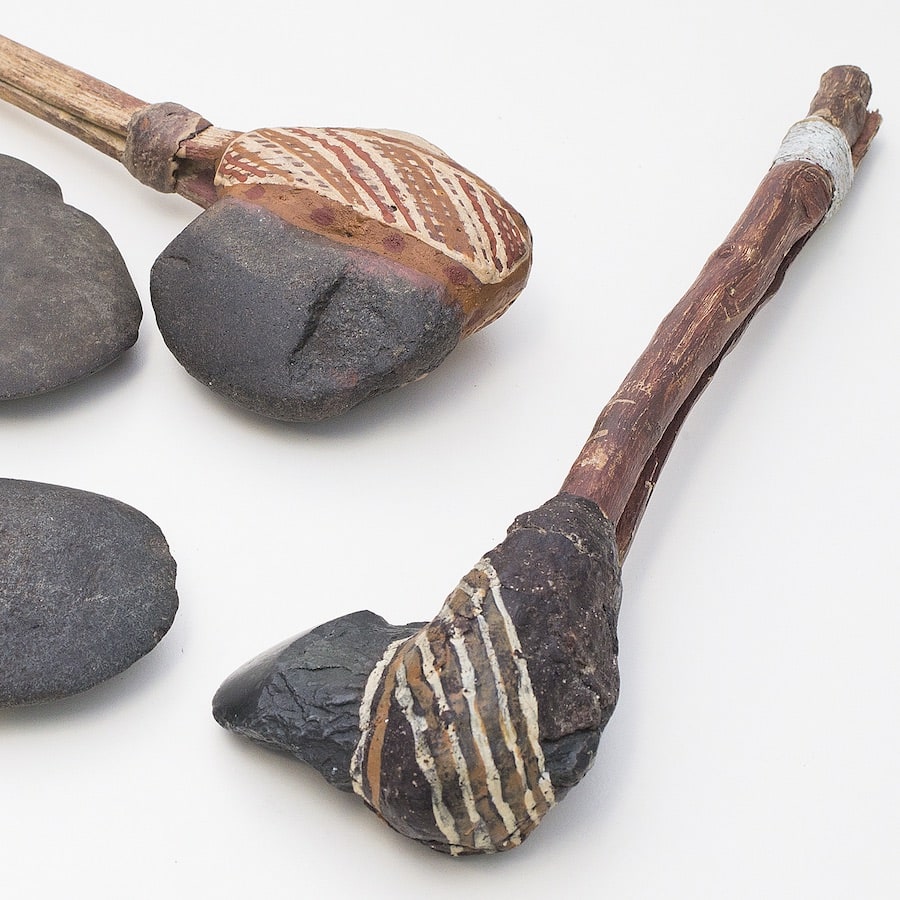 A fragment from the world’s oldest axe has been found in the remote Kimberley region of northwestern Australia.

The edge-ground axe is between 45,000 and 49,000 years old, dating it to just after humans first migrated to the continent and 10,000 years older than the previous record holder, found in the same region in 2010.

The axe, which originally had a handle, would have been a technological wonder of its age. Hafted axes – as they are called – did not appear until around 10,000 years ago.

“In Japan such axes appear about 35,000 years ago. But in most countries in the world they arrive with agriculture after 10,000 years ago,” study co-author Sue O’Connor, from the Australian National University, said.

O’Connor, who unearthed the bottle cap-sized fragment from a cave, says it was first “overlooked” during an initial excavation two decades ago.

“We didn’t actually go out looking for edge-ground axes,” she says.

The site was rich in artefacts including seeds, tools and artwork, and so “the smaller finds didn’t get analysed at the time”.

It wasn’t until 2014 when O’Connor re-examined the fragments for a new project that she identified what was a possible breakthrough. So, she sent it to Peter Hiscock from the University of Sydney for analysis.

Using a charcoal layer taken from the dig site and AMS radiocarbon dating, the researchers were able to place the sample from between 48,875 and 43,941 years old.

“The axe flakes themselves can’t be dated, the but charcoal associated with the actual layer the axe is in is what’s dated,” O’Connor said.

“As soon as we got the two things together – the flakes and the radiocarbon dates – we knew this was the world’s earliest evidence.”

The team conducted further analysis to reveal the axe was made from basalt, and a material such as sandstone was used to sharpen the blade.

Experiments using basalt flakes from the same area found it takes between 600 and 800 strokes to achieve a similar smoothness.

O’Connor says the first Australians’ early movement towards composite tools came from necessity – a way of adapting to the surroundings.

“Australia has incredible hard woods, like the eucalypts, which are very, very hard to work,” she said.

“So if you think most of the tools people are making and using are wooden artefacts, and you have to be able to work those using something. But even cutting that wood is going to be extremely difficult.”

The British faced similar difficulties when they colonised Australia in the 18th century and had to send home for tougher tools.

“I think the axes were an innovation when people were confronted with the hardwoods of Australia,” says O’Connor.

“Indigenous Australian technology, the earliest technology going back to 40,000 or 50,000 years ago is always characterised as being extremely simple.

“But clearly people did innovate very complex technology like these polished axes.”