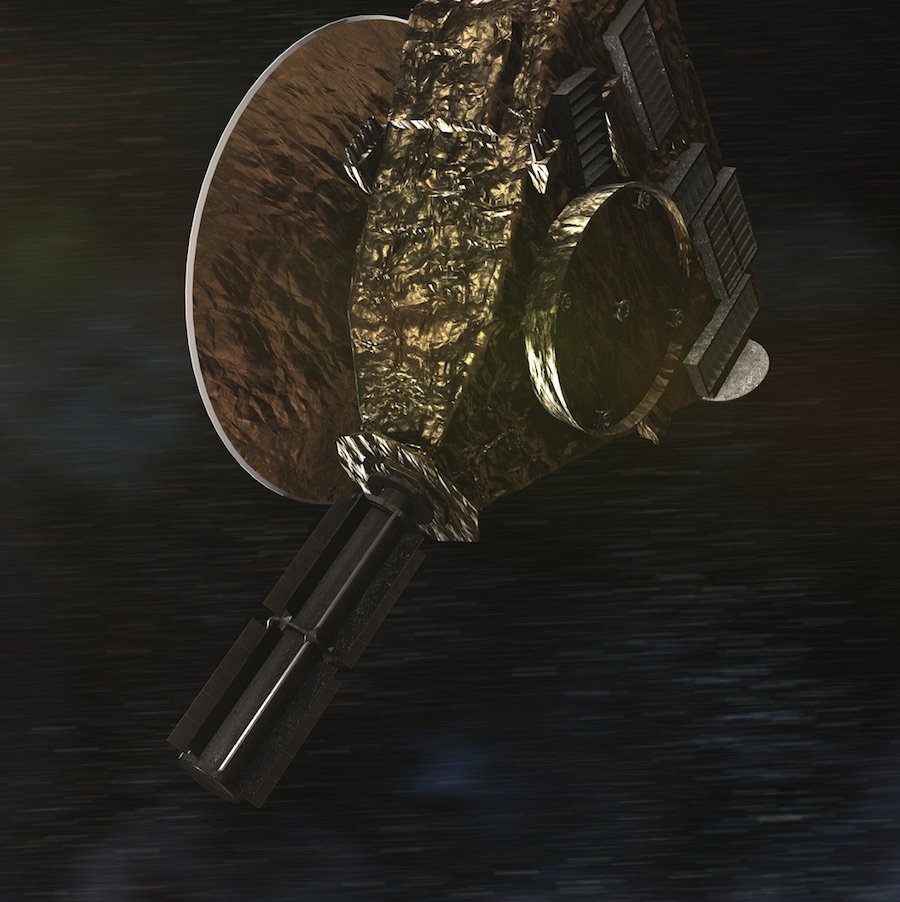 As you are reading this, the Voyager 1 spacecraft, carrying its valuable gold-plated record describing life on Earth, is more than 20.1 billion kilometres away – or 135 times the distance between the Earth and the sun. Its 46-year journey has taken it so far out into space that a conventional solar panel would not be enough to keep it online. It is, however, still sending back a faint signal, but how is this possible?

Most of the world’s energy comes from burning fuels – heating materials such as coal, gas, oil – or even wood – to covert water to steam, which powers a turbine to produce electricity.

For a spacecraft this isn’t so simple. It would be impossible to carry enough stored fuel to maintain power for any reasonable time over the vast distances of space travel.

Solar panels are a good alternative in many cases. Their only fuel source is the sun, which is not due to run out for billions of years.

Solar panels need a direct line of sight to the sun to generate electricity. So a solar panel-equipped spacecraft behind a planet, a moon or in deep space where solar energy is miniscule will be powerless.

There is another option: it takes advantage of the heat generated by the decay of radioactive materials to provide power for decades using a fuel source the size of a golf ball.

Known as radioisotope power systems, these fairly simple sources of electricity and heat have been powering most of NASA’s spacecraft for the past 50 years, including the Voyager probes, the Curiosity Mars rover and some of the Apollo missions.

A type of radioisotopic power system known as radioisotope thermoelectric generators employ radioactive materials such as plutonium-238 to produce heat and make use of a principle of electrics known as the Seebeck effect to produce power.

Put simply, the Seebeck effect is when two different semi-conductive metals are connected. With one end heated, electrons will move from the hotter metal to the colder one.

This movement of electrons generates a small electrical current, powering any electrically driven device connected in the middle.

At the heart of an radioisotope thermoelectric generator is the general purpose heat source module, which contains the plutonium-238 within a protective iridium case.

This is then contained within more protective layers, consisting of a graphite impact shell,  a carbon fibre sleeve and an outer case known as the aeroshell.

Four pellets of plutonium-238 can be contained within each heat source module, with eight stacked inside the radioisotope thermoelectric generator to produce enough power for normal function for decades. These are surrounded by the thermocouple, the part that contains metals and electrical components to take advantage of the Seebeck effect.

This complete module is placed inside a case with large radiator fins to help dissipate excess temperatures as high as 1,000 °C. This massive heat can also be used to keep the spacecraft warm despite outside temperatures being near absolute zero.

This was seen on the Apollo missions. The capsule contained a small radioactive pellet, known as a radioisotope heater unit, that did not produce electricity, but did produce the heat needed to keep the crew alive.

To find out more about how radioisotope thermoelectric generators are used, and how we are about to run out of the valuable plutonium-238, check out our article The end of space exploration?

You can see this all in a video by NASA, below, in the inner components of a radioisotope thermoelectric generator are on display.

Originally published by Cosmos as Where do deep space probes get their power?