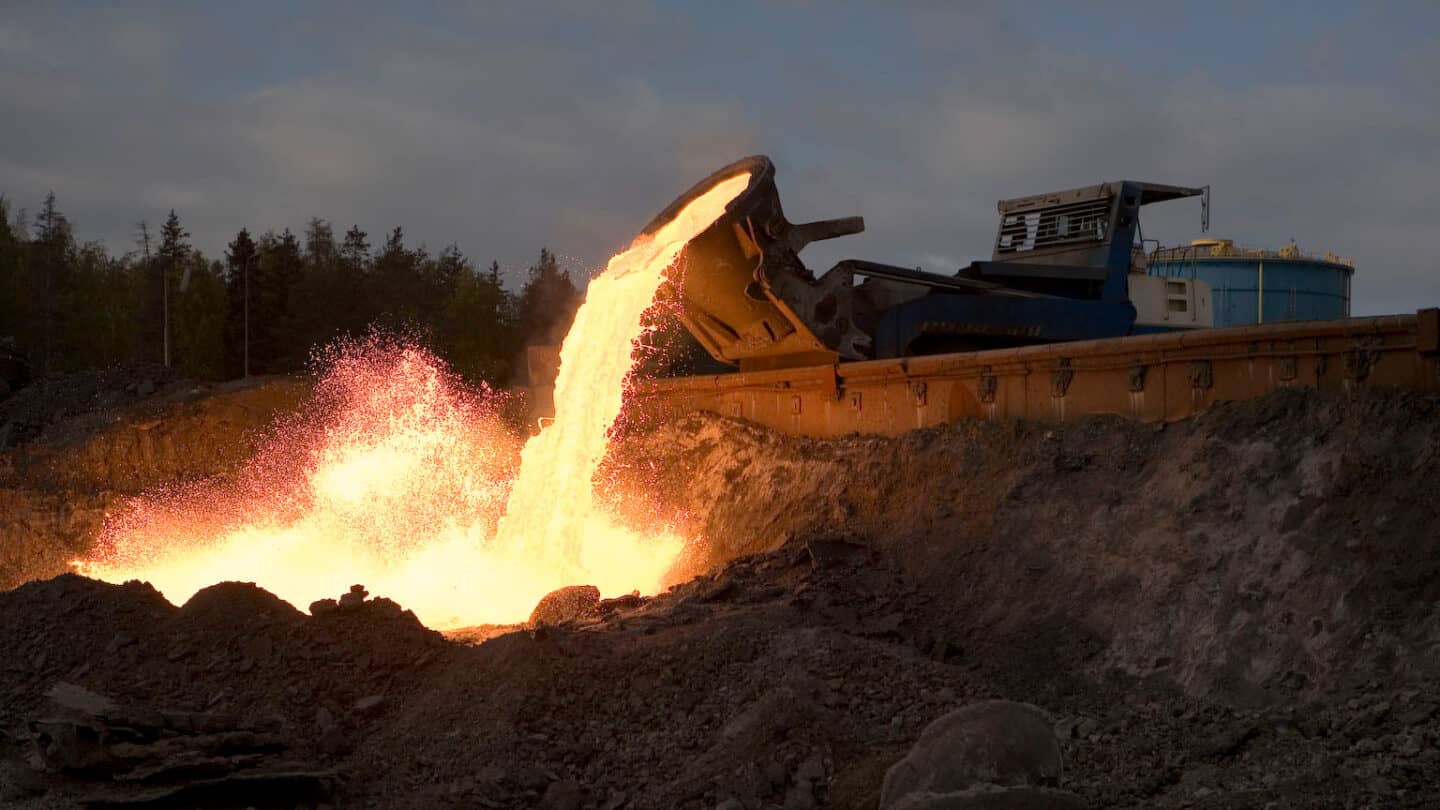 If we want to green the world, we have to make steel without using coal.

Last year, British billionaire Sanjeev Gupta, industrialist and head of GFG Alliance, announced his intention to modernise the flailing Whyalla steelworks, the heart of South Australia’s fourth most populous town (about 21,000 residents), by turning it into a “green steel” powerhouse.

With much fanfare, Gupta launched a three-month review of the Whyalla plant in June 2020, aiming to identify cost-savings measures to replace the blast furnace currently powered by the highly polluting coking, or metallurgical, coal (a type of coal used to make the essential raw material for making steel – a hard, porous substance made up of 90% carbon) with a $1 billion-plus modern steel-making facility by 2024.

The centrepiece of his plan is to switch to making hydrogen using electricity generated by local wind and solar power, and to use that hydrogen instead of coking coal to produce steel.

The South Australian government has jumped at the idea of promoting the state – where more than 50% of energy is generated through renewable sources – as a “hydrogen epicentre”, with premier Steven Marshall announcing in September 2019 that “it’s likely that nowhere else in the world is as well positioned as South Australia to produce, consume and export 100% green hydrogen”.

The SA government believes that turning the state into a hydrogen powerhouse will create a surge in new jobs, something that experts agree with – provided there is political willpower to develop the right technologies to enable large-scale production of hydrogen, as well more than doubling the current green electricity capacity (such as building more wind turbines).

So what does “green steel” mean, and how is it actually made?

Abundant, cheap and clean burning, hydrogen is being hailed as the fuel of the future and has become the priority low-emissions technology for Australia. Producing clean hydrogen under $2 per kilogram (‘H2 under 2’) is a priority stretch goal under the government’s first Low Emissions Technology Statement.

If produced using low- or zero-emissions sources, hydrogen can decarbonise the energy and industrial sectors, which combined are responsible for nearly 75% of global greenhouse gas emissions. The energy used to produce iron and steel alone makes up just over 7%.

According to a 2018 CSIRO report, hydrogen’s potential uses include making green steel by using it as a reducing agent rather than coal, powering electric cars and trucks, powering container ships (using liquid ammonia made from hydrogen), powering electricity-generating turbines, and even for cooking and heating homes.

Dr Jessica Allen, an energy researcher at the University of Newcastle, says that when she was completing her PhD in using solar thermal technology for large-scale production of hydrogen in 2010, she was told hydrogen was “over”.

“While technology in the area was being advanced, I saw there was no real political will or funding to get things done in that field,” she says.

Today, the sentiment is much different: all Australian states recognise hydrogen as a clean energy source, and all have committed to transforming their economies in a way to reflect that reality.

But not all hydrogen is clean or green – it all depends on how it’s produced.

Allen says we need to think of hydrogen according to three colour categories: “grey”, as extracted from fossil fuels such as coal or natural gas, which produces CO2 that’s emitted into the atmosphere; “blue”, much the same as grey, but with the CO2 emissions captured; and “green” – the clean alternative, where hydrogen is produced using electricity through a process called electrolysis, which splits water into hydrogen and oxygen.

If the electricity used to do this comes from renewable sources (solar and wind power), the process doesn’t produce any CO2.

What is green steel, and how do you make it?

It’s not widely appreciated, but steel – the sinew of the modern world – doesn’t just require lots of coal-powered electricity for its manufacture. Steel itself is normally made using coal. If we want to green the world, finding a way to make steel without coal – “green steel” – is essential.

Regular ‘old’ steel is made mostly from iron ores (essentially oxygen and iron atoms bonded together as iron oxides), something which Australia has in abundance. According to the US Geological Survey, Australia has the world’s largest reserves of iron ore at 48 billion tonnes (followed by Brazil at 29 billion tonnes). To put that in perspective,48 billion tonnes would fill the Melbourne Cricket Ground to the top of the stands – about 4000 times.

The production of pig iron in a blast furnace, the first step in making steel, uses coke – the product that emerges after metallurgical coal has been ground up and heated to about 980°C, a process that separates out other matter such as oil, tar, nitrogen and grey hydrogen.

The blast furnace gives us pig iron, and it also yields about two tonnes of CO2 per tonne of steel.

It’s also possible to melt scrap steel and make new steel in an electric arc furnace (EAF). The EAF produces liquid steel, which can then be cast and fashioned into different products depending on industry needs (such as rails, construction beams etc). This is a much more sustainable process (being part of the circular economy) and produces about quarter the CO2 emissions (0.5 tonnes of CO2 per tonne of steel) depending on how green the electricity is. Problem is, there isn’t enough scrap steel available to meet demand, and quality issues arise as steel is recycled again and again.

So can Whyalla transform into a green steel production?

For Whyalla to become completely green, it would need to replace its current blast furnace production with a direct reduction plant (running on green hydrogen) and an electric arc furnace (running on renewable energy), says Professor Tom Honeyands, the director of Newcastle University’s ARC research hub for advanced technologies for Australian iron ore.

“They have a source of iron-ore pellets available which would suit this process route,” Honeyands says, adding that they would employ a similar process to the one developed in Sweden called Hybrit, co-owned by Swedish companies SSAB, a steelmaker; state-owned utility Vattenfall; and miner LKAB.

“However, the scale of hydrogen production would be an issue.”

If you have iron ore pellets, you can make direct reduced iron (DRI) instead. Direct reduction means stripping the oxygen out of the iron ore using hydrogen and carbon monoxide gas to get metallic iron, which can then be melted in an electric arc furnace along with scrap.

Honeyands says the most common DRI process in the world is the Midrex process, named for the US technology company that developed it. Right now, the grey hydrogen and carbon monoxide gas used in the process come from natural gas, and the process still generates about one tonne of CO2 per tonne of steel.

But in future, the Midrex process could be tweaked to run on more and more green hydrogen as it becomes available. Combined with green electricity, it will provide a path to make green steel with essentially zero CO2 emissions, just like the Hybrit technology.

Yet for the whole steelmaking process to be fully green, Allen says we need to consider the entire production chain, from the machinery used to get the ore out of the ground, to the equipment used to transport it, to the material we use to make clean energy wind turbines.

“We need to also think about the manufacturing aspect and the life cycle of the technology, and not just the electricity aspect of it,” she says. “At the moment we’re at ‘better’ and not ‘perfect’.”

It’s not enough to generate clean energy from turbines that have been built using fossil-fuel derived steel, she points out, but it’s at least a start.

Professor Gus Nathan, founding Director of the University of Adelaide’s Centre for Energy Technology, says that even for states such as South Australia, which already rely on electricity generated from solar and wind, “much more green electricity would need to be built if we are to maintain the current green services of our grid and also produce green iron/steel products.”

In the long-term, green steel made with hydrogen is likely to compete on cost with traditional steel. In the shorter term, governments and companies may be willing to pay a premium as part of their climate commitments, says Michael Lord, expert advisor to Australian think tank Beyond Zero Emissions.

“From a purely commercial point of view, it will be more expensive to produce steel this way in the short term,” Lord says.

He says that Sweden is currently leading the world in the commercialisation of large-scale green steel production, with its H2 Green Steel plant, established in 2020, set to start producing steel from green hydrogen in 2024. The Hybrit technology began test operations at a pilot plant for fossil fuel-free steel in 2020; it hopes to have market-ready green steel in 2026.

Originally published by Cosmos as What is “green steel”, and are we going to be able to make it at Whyalla? 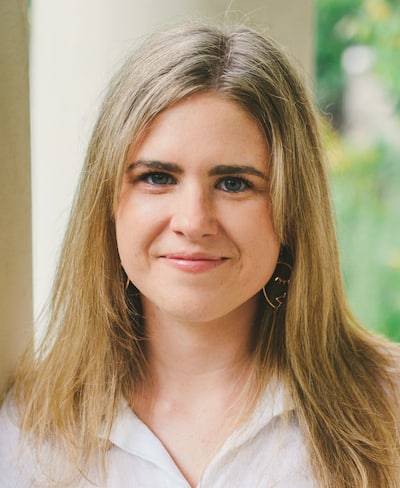