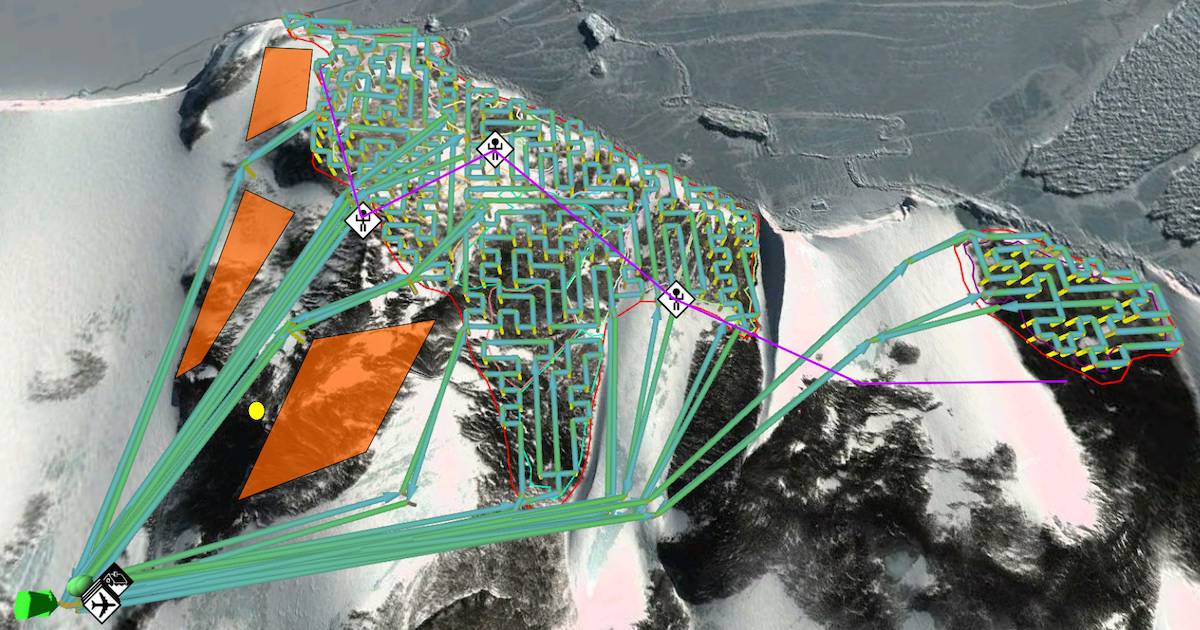 How do you keep a close and regular eye on 300,000 nesting pairs of Adélie penguins spread over two square kilometres of ice? Send in the drones, of course.

But not without a plan. It helps to have an algorithm that can partition the space, assign destination points to each drone and figure out how to move them through those points in the most efficient way, limiting backtracking and redundant travel.

Get that right, and you can do detailed visual surveys in a couple of hours rather than a couple of days. Researchers at Stanford University, US, developed just such a system and put it through its paces at Cape Crozier, near McMurdo Station in Antarctica.

“The process was quick. What had been just the algorithm’s squiggles on a screen the day before turned into a massive image of all the penguins in the colonies,” says Kunal Shah, lead author of the team’s paper in the journal Science Robotics.

“We could see people walking around the colonies and all the individual birds that were nesting and coming to and from the ocean. It was incredible.”

The project was led by Stanford’s Mac Schwager, whose work involves controlling swarms of autonomous flying robots, and was inspired by a chance discussion about the needs of a biologist and penguin counter.

Aerial surveys of penguin colonies have been conducted before, usually with helicopters or a single drone. Both have their drawbacks, however – notably, for single drones, battery life.

A crucial part of the algorithm’s job is to ensure each drone exits the space where it entered, saving flight time. It also maintains a safe, constant distance from the ground, despite changes in elevation, and has a tuneable image overlap percentage to assure a complete survey.

Schwager describes the paths it creates as “organic and spidery”.

The imaging system was built to co-ordinate multiple high-end autonomous drones, the researchers say, but can also work with hobby drones and in a variety of settings.

They have already used it to assess the vegetation available for livestock grazing on a large ranch in California and to survey the California gull population in the centre of Mono Lake.