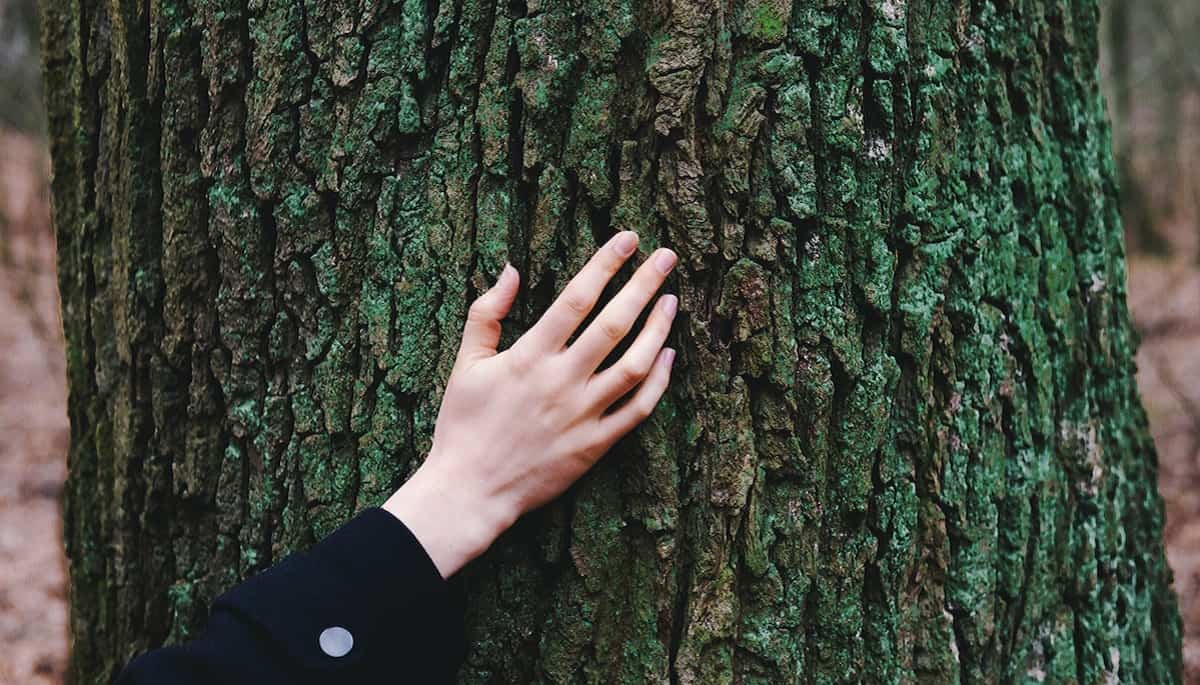 European researchers have developed a new universal scaling law for the sense of touch, and it’s paving the way for an expansion of virtual reality technology.

“Touch is a primordial sense, as important to our ancient ancestors as it is to modern-day mammals, but it’s also one of the most complex and therefore least understood,” says lead researcher Tom Montenegro-Johnson from the University of Birmingham, UK.

“While we have universal laws to explain sight and hearing, for example, this is the first time that we’ve been able to explain touch in this way.”

When a person slides a finger across a surface, vibrations travel through their skin and excite nerve endings. These convert the mechanical vibrations to electrical signals and transmit them to the brain, where they are interpreted as a tactile experience. This signal allows humans to differentiate between textures, detect contact, and manipulate objects.

“However, the properties of mammalian skin vary wildly between different species,” the researchers explain in their paper, published in the journal Science Advances.

“Even among humans, skin stiffness varies with age, gender, location on the body, and even profession by an order of magnitude.”

This new study provides insight into how mammals perceive vibrations with consistency, even though skin properties differ.

The key is in Rayleigh waves: elastic waves created by impacts between objects. During earthquakes, these are type of waves that travel horizontally along the surface of the Earth and cause major destruction.

But Montenegro-Johnson and his team demonstrated that when it comes to touch, Rayleigh waves don’t necessarily stay on the surface – they can also race down through layers of skin and bone to reach the body’s touch receptor cells.

To understand the interaction between the waves and the receptors, the researchers drew on the mathematics first used a hundred years ago to model seismic waves in earthquakes, applying this to the propagation of different types of waves through a simulated elastic “skin”. While some types of waves decay quickly, Rayleigh waves were found to travel all the way through to the receptors, allowing them to be picked up with consistency despite variations in skin stiffness.

As a result, the ratio of the wavelength versus the receptor depth remains the same. This potentially provides a basis for a universal law to scale these interactions between different mammals.

According to James Andrews, co-author of the study at the University of Birmingham, this research allows us to better understand the different experiences of touch among a wide range of mammals.

“For example, if you indent the skin of a rhinoceros by five millimetres, they would have the same sensation as a human with a similar indentation – it’s just that the forces required to produce the indentation would be different,” he explains. “This makes a lot of sense in evolutionary terms, since it’s connected to relative danger and potential damage.”

The researchers are part of a European consortium called H-Reality, which aims to apply this new understanding to the field of virtual reality (VR). VR is currently dominated by sight and sound feedback, but the addition of tactile sensations would create a more realistic experience, allowing for 3D objects and textures to be “felt” by users.

“Neglecting touch can make experiences feel hollow,” says Montenegro-Johnson. “By studying the fundamentals of how the sense of touch operates, we can bring technology for delivering haptic feedback in line with the technology for sight and sound. Our goal is to ultimately imbue virtual objects with a physical presence.”

Such advances in VR technology could be transformative, and not just for entertainment – imagine a surgeon practising their skills on thin air, a mother touching her child from halfway across the world, or dangerous machinery being operated virtually.

The team’s findings are already being used by H-Reality’s industrial partners, Ultraleap and Actronika, to help optimise their devices.

This fundamental research could also guide the development of VR across the world, according to Xinge Yu of the City University of Hong Kong.

Yu speculates that a universal scaling law would enable researchers to “develop some haptic feedback VR/AR apparatuses that focus on generating precise Rayleigh waves on human/animal skin to eliminate the inhomogeneity of tactile sensitivities among users.”

However, he adds that since the paper is only based on theoretical analysis and simulations, “it would be much more exciting if it could be solidly supported by experimental results in further research.”