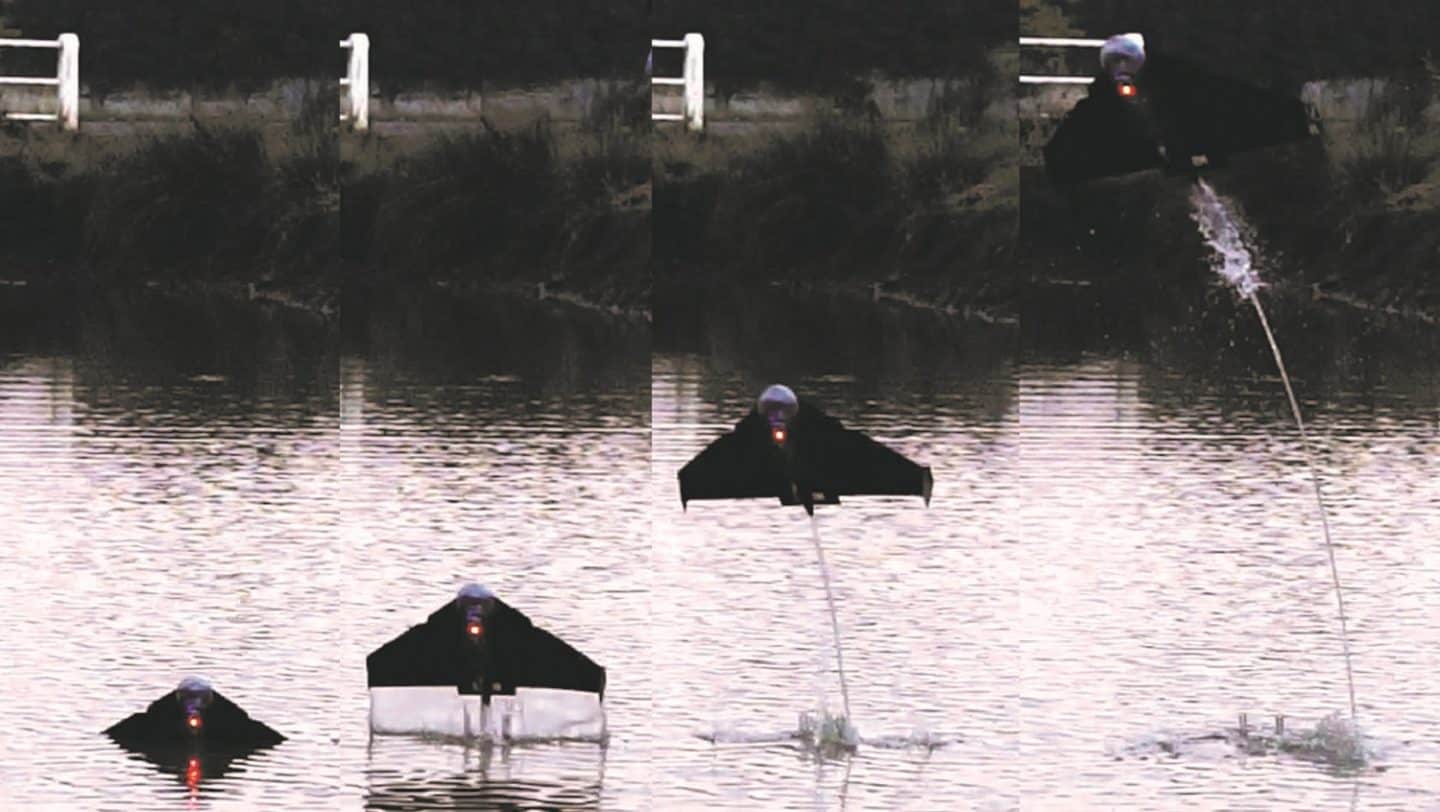 The laws of physics can be brutal, and perhaps nowhere are they more so than in the field of robotics.

Researchers and designers in the field are constantly challenged by size and scale: constructing small robots makes it difficult to include all the necessary sensors and actuators and propulsion units; making large ones means encountering uncomfortable upswings in the force and fuel required to get things to work.

Researchers led by Raphael Zufferey from the Aerial Robotics Lab of the Imperial College of London, UK, however, have come up with a potentially elegant solution to a particularly tricky problem – building a robotic glider than can take off from water.

In a paper published in the journal Science Robotics, the researchers describe a prototype for a vehicle that can achieve practical aerial-aquatic mobility.

Robots capable of moving around in water and then taking off into the air have some obvious attractions. They would be able to carry out sensing and surveillance tasks in “cluttered aquatic environments”, the researchers write, and then simply exit the water and return to base through the air – a medium that induces far less friction and drag and may well be less crowded.

Many previous attempts to design robots capable of making the transition between water and air have been hampered by the fact that doing so is a very energy-intensive process, meaning that the fuel load required for small machines to achieve enough thrust was pretty much heavy enough to defeat the purpose.

To overcome the problem Zufferey and colleagues turned to calcium carbide powder – a commonly available chemical compound used in industry. When mixed with water it produces acetylene gas, widely used in welding.

The reaction also produces energy. The researchers found that by loading just 0.2 of a gram into their 160-gram robot glider and exposing it to water it blasted the vehicle into the air and caused it to travel 26 metres.

The robot glider is a prototype but has the potential for multiple uses. Further development, the researchers write, “offers a promising solution for future high-power density aerial-aquatic propulsion in robotics”.

The current paper is not the first to explore the potential uses of calcium carbide to power small robots.

In 2017, a team of roboticists head by Robert Siddall, also from Imperial College, reported the use of a solid version to produce “acetylene explosions in a 34 gram water jet thruster”.