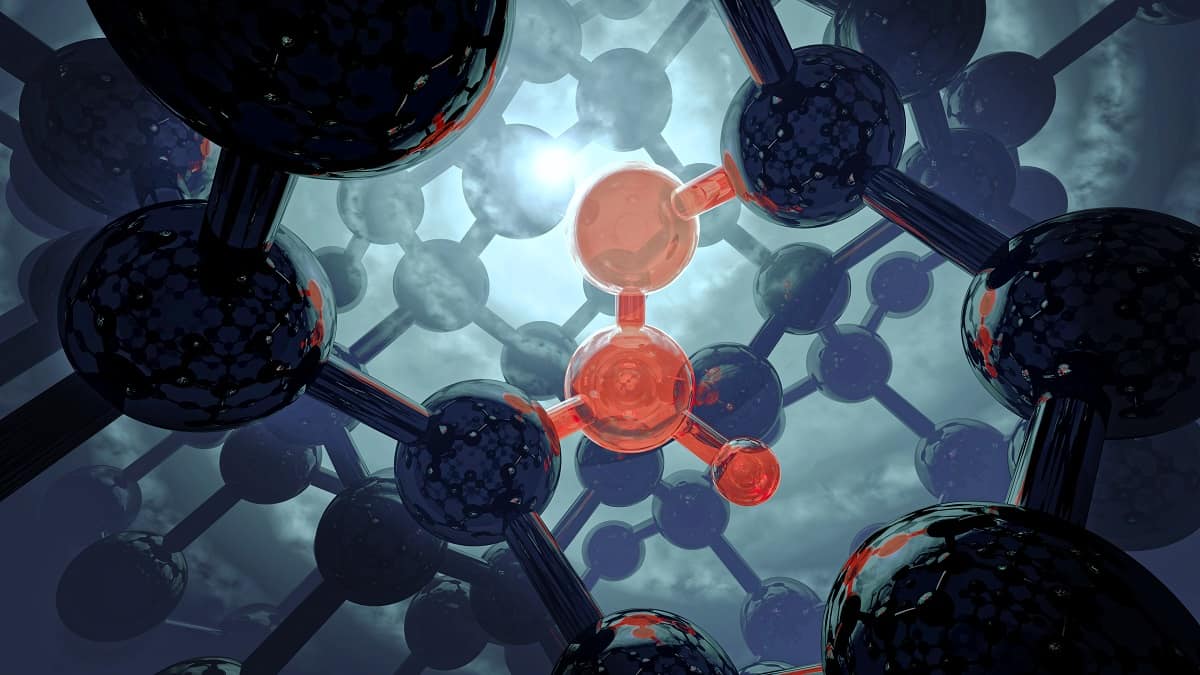 A single T centre qubit in the silicon lattice (render), which supports the first single spin to ever be optically observed in silicon. The constituents of the T centre (two carbon atoms and a hydrogen atom) are shown as orange, and the optically-addressable electron spin is in shining pale blue. Credit: Photonic.
More on:
silicon quantum computer

Quantum computing research is the gift that keeps on giving. As teams of physicists, computer scientists and engineers around the world race to produce the first scalable, working quantum computers and quantum internet, different architectures are emerging.

Researchers at Canada’s Simon Fraser University have taken a new look at silicon – an element already at the centre of modern computer chips – to make quantum bits, or “qubits”.

All of which is well and good, but how do you make a quantum transistor? Well, there are lots of embryonic machines taking different approaches.

One approach, published in Nature, is to use the “photon-spin” produced by defects in silicon as a transistor. Spin is an intrinsic property of particles like photons, which is a type of angular momentum. Particles can be thought of as spinning like a top – the particles are either spinning up or down (like turning the top upside down). Up and down can therefore be translated into ones and zeroes.

The team, working out the Silicon Quantum Technology Lab at Simon Fraser University, observed 150,000 of these photon-spin qubits in their experiments. The qubits are some of the most stable and long-lived in the world.

The researchers produced the photon-spin qubits in “T centres” – defects caused by replacing a silicon atom with two carbon and one hydrogen atom in the matrix of silicon atoms. The defect is, thus, also relatively well guarded from external effects due to its immersion in the silicon matrix. The T centre emits a photon (particle of light).

“An emitter like the T centre that combines high-performance spin qubits and optical photon generation is ideal to make scalable, distributed, quantum computers, because they can handle the processing and the communications together, rather than needing to interface two different quantum technologies, one for processing and one for communications,” Simmons says.

The team believes this can be applied to form a “quantum internet”. T centres have the advantage of emitting at the same wavelength of light used in today’s fibre communications and networking equipment.

“With T centres, you can build quantum processors that inherently communicate with other processors,” Simmons explains. “When your silicon qubit can communicate by emitting photons in the same band used in data centres and fibre networks, you get these same benefits for connecting the millions of qubits needed for quantum computing.”

“By finding a way to create quantum computing processors in silicon, you can take advantage of all of the years of development, knowledge and infrastructure used to manufacture conventional computers, rather than creating a whole new industry for quantum manufacturing,” Simmons adds. “This represents an almost insurmountable competitive advantage in the international race for a quantum computer.”