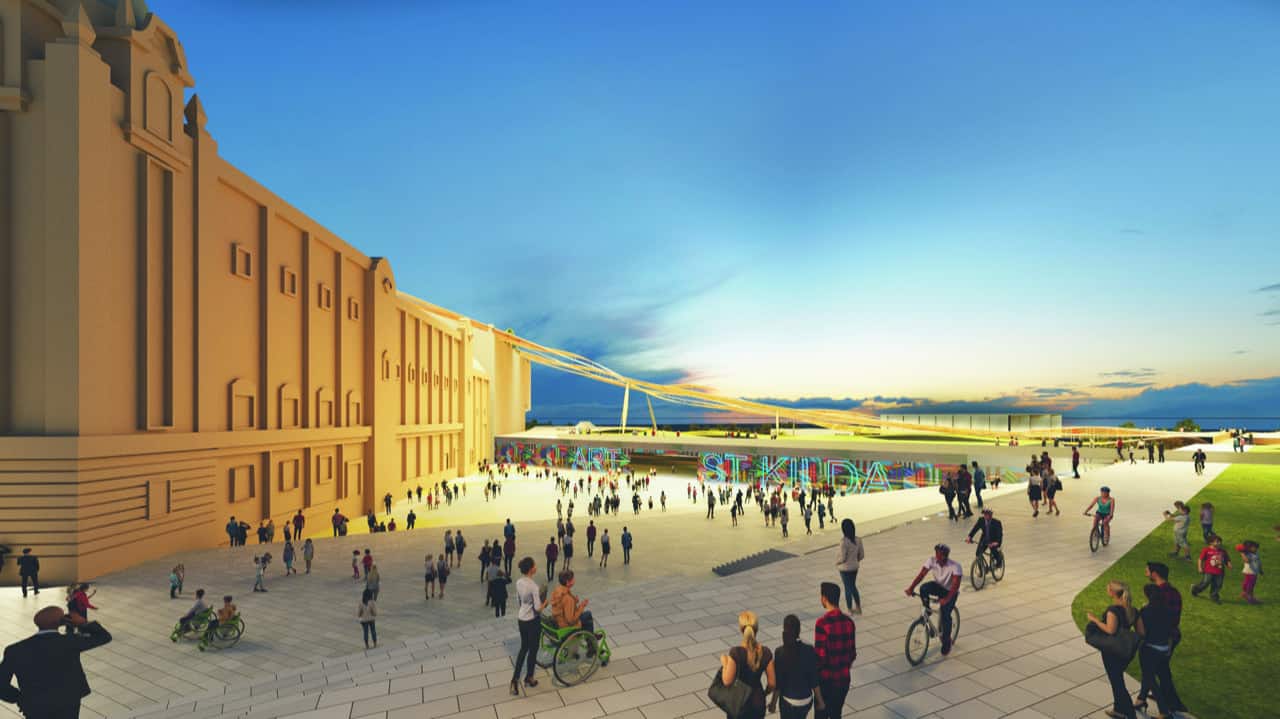 Is this the aesthetic face of our energy future?

The sparkling canopy draped along the beach from the roof of the Palais Theatre in Melbourne, Australia, won local firm NH Architecture first prize in the Australian leg of this year’s Land Art Generator Initiative (LAGI).

Called Light Up, the design incorporates solar, wind, tensional energy and microbial fuel cell technologies that could generate 2220 megawatt-hours per year, enough to power 500 homes. Old car batteries repurposed as handrails along the paths could store energy for 24/7 access.

Second prize went to Night and Day, by Olson Kundig from Seattle in the US. The pedestrian bridge linking the esplanade to the sea in the beachside suburb of St Kilda combines solar energy with a hydro battery to generate 1000 MWh per year.

The inner-workings of the system are on show as the solar sail and water vessel, suspended above the walkway, pumps and releases water to create electricity.

The US-based LAGI provides a platform for artists, architects and other creatives to work with engineers and scientists to propose innovative and aesthetic ways to create sustainable energy infrastructure that is also public art.

The competition is held in cities around the world every two years. The 2018 Australian competition, which is sponsored by the government of the state of Victoria, attracted hundreds of entries.

Originally published by Cosmos as Power plants as public art

Nancy Langham-Hooper is an art historian and writer based in Melbourne.