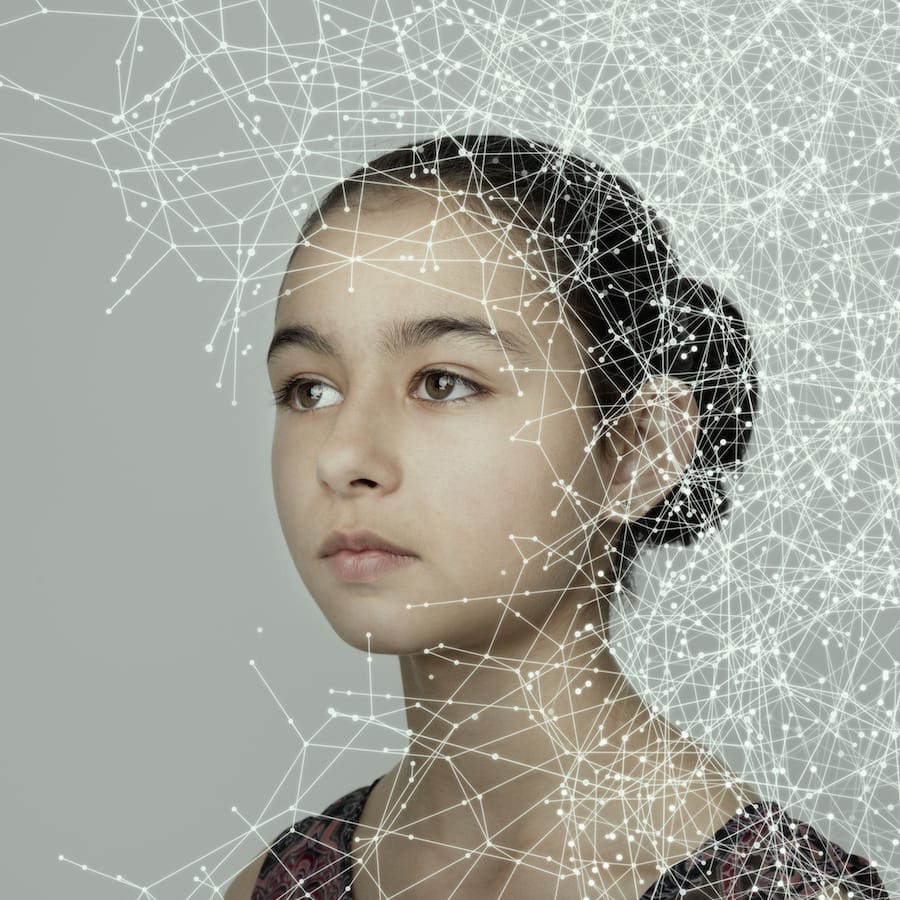 The invention, called a differential neural computer (DNC), is significant not because of its ability to carry out this task, but because it operates in a manner similar to the human mind.

It was unveiled in the journal Nature.

In basic terms, the DNC is a hybrid computer that combines an artificial neural network, which allows it to learn, with an external memory matrix, which lets it to store data for long periods.

But how do each of these components work – and why are they important?

Artificial neural networks are systems that are designed in a way that imitates the many densely interconnected cells inside the human brain.

To do this, hundreds, thousands or even millions of artificial neurons, called units, are linked in a series of layers.

These units can be fed information and essentially taught to recognise patterns – for instance, the characteristics that make a table or a chair.

Using this information, artificial neural networks are then able to make decisions regarding new information they are provided, such as whether a new piece of furniture can be classified as a table or a chair.

The external memory of the DNC, on the other hand, can be likened to the random-access memory in a conventional computer because of the way it can have information read from and written to it.

But rather than be accessed using a numeric address, as is the case with random-access memory, the DNC uses an “associative” technique.

While it may seem worthwhile to base artificial intelligence around our own minds, there may also be better alternatives

This means that memory locations in the DNC are accessed according to similarities in content, or by the time that they were accessed, relative to other sections of memory.

Peter Vamplew, an artificial intelligence researcher at Federation University in Ballarat, Australia, says that it is the marriage of the artificial neural network and the external memory matrix that makes the DNC exciting.

He explains that this union provides a more human-like form of artificial intelligence because it is able to process both symbolic and sub-symbolic knowledge.

“The problems shown here [the case of the DNC] are not in themselves important as they are easily solvable using conventional […] algorithms,” Vamplew explains.

What DeepMind has done, he adds, “is demonstrated the capacity of the neural system to essentially discover for itself how to solve such tasks rather than requiring explicit pre-programming”.

While it may seem worthwhile to base artificial intelligence around our own minds, there may also be better alternatives according to Toby Walsh from the University of New South Wales in Sydney, Australia and government research unit Data61.

“The interesting question I find is: is that necessarily the best way of doing it? So if I can write three lines of code that could do this [what the DNC can do], as opposed to the efforts that went into this paper, wouldn’t it be better?” Walsh asks.

He provides the example of human flight, saying that while we could have based our flight more closely on birds and insects, we chose to forge ahead in a different manner to develop modern planes – and with better results.

“We came at that problem [flight] with a completely different engineering solution. Why not apply that line of thinking to intelligence?” he posits.

Regardless of whether modelling artificial intelligence around the brain is the best option, there are still a number of features missing from artificial neural networks that would need to be created and installed for them to truly mimic our thought processes.