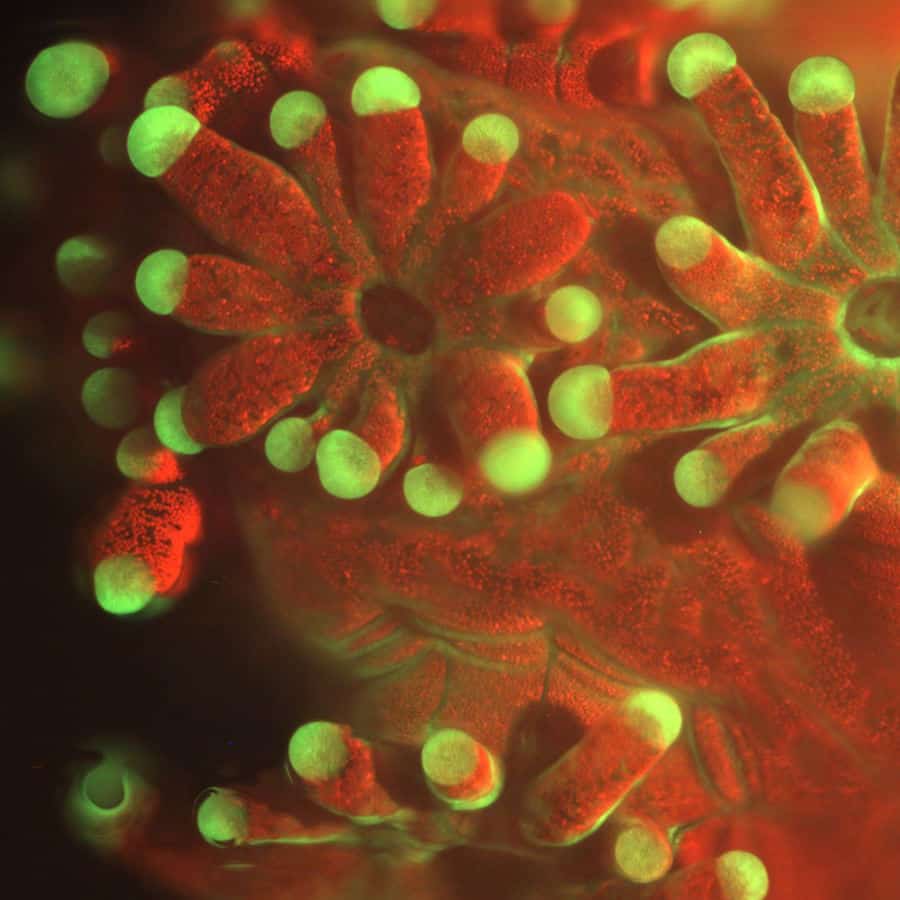 A new underwater microscope can zoom in to spy on coral on the seafloor with unprecedented clarity, thanks to researchers in the US and Israel.

Known as the benthic underwater microscope, it lets scientists see coral in a field of view almost 50 times smaller than the width of a human hair, which will help them investigate processes such as coral bleaching and disease.

“There are a lot of questions [to investigate] we wouldn’t think of ourselves, but other scientists might have new insights,” says lead author and University of California, San Diego engineer Andrew Mullen.

But to really understand large scale events such coral bleaching, which is happening to huge swathes of the Great Barrier Reef, biologists need to scale down to the building blocks of coral: tiny organisms called polyps.

Polyps are typically a millimetre wide. They form coral reefs by attaching to a rock on the seabed and dividing thousands of times, all the while oozing limestone which gives coral its structure and form a colony.

But watching how polyps and corals react in the face of warming oceans and increasing acidification has, in the past, been impossible in their natural habitat.

They’ve traditionally been severed from the seabed and taken to a lab – where, of course, the complex dynamics of the ocean are difficult to replicate.

So Mullen and his colleagues set out to build a microscope to allow biologists a close-up but non-invasive view of corals without removing them from the sea.

It also had to achieve a near-micrometre resolution and be able to adapt to the changeable nature of the ocean.

Over the course of a year and a half, the team built their microscope. It had a 65-millimetre lens with a 2.2-micrometre resolution to see polyps up close.

It also incorporated an electrical lens that changed its shape to focus like the human eye. The apparatus could snap exposures of less than one millisecond to combat motion blur.

“It’s really exciting because we’d spent a lot of time prototyping in the lab,” Mullen says.

And when using the microscope for the first time in Israel’s Red Sea, they witnessed a phenomenon they called “polyp kissing” – where polyps momentarily touched, probably exchanging material, Mullen says, but exactly what material, he’s not sure.

They also saw polyps in a turf war, attacking each other with filaments and enzymes.

And best of all, the microscope isn’t just exclusive to coral, Mullen says. It also has the potential to be used in kelp forest and rocky reef studies, although he’s not tried it in those areas yet.

“You never really know if it’s going to work well until you’re actually there in the natural environment,” he says.

The work was published in the journal Nature Communications. Watch the camera in action below.