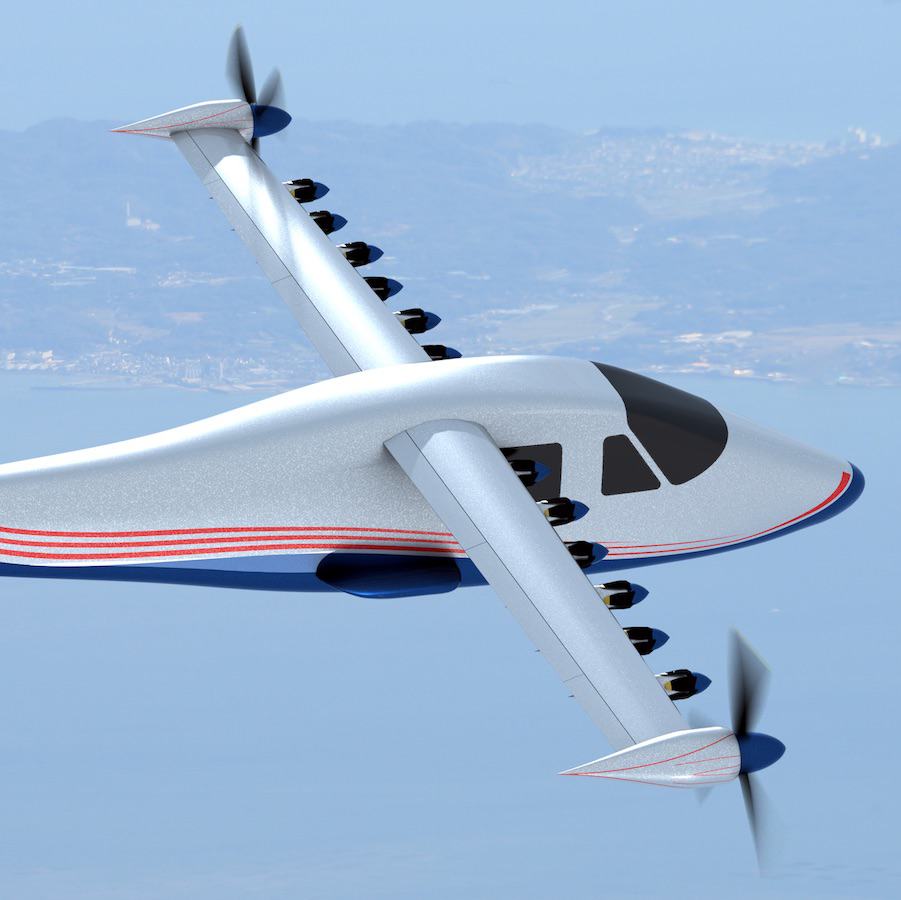 An electric aircraft, powered by the sun, and given lift from a specially designed wing, has been unveiled as NASA’s first experimental plane in a decade .

The X-57 Maxwell, which will be driven by 14 electric engines, is a modification of another aircraft, the twin-engine Tecnam P2006T.

“With the return of piloted X-planes to NASA’s research capabilities — which is a key part of our 10-year-long New Aviation Horizons initiative — the general aviation-sized X-57 will take the first step in opening a new era of aviation,” Charles Bolden, NASA administrator, said during his keynote speech in Washington at the American Institute of Aeronautics and Astronautics (AIAA) annual Aviation and Aeronautics Forum and Exposition, commonly called Aviation 2016.

The plane will be the agency’s first experimental X-plane designation in a decade. The first X-plane, the X-1, in 1947 became the first airplane to fly faster than the speed of sound.

“With the return of piloted X-planes to NASA’s research capabilities – which is a key part of our 10-year-long New Aviation Horizons initiative – the general aviation-sized X-57 will take the first step in opening a new era of aviation,” Bolden said.

NASA engineers chose to name the aircraft “Maxwell” for the X-57 to honour James Clerk Maxwell, the 19th century Scottish physicist who did groundbreaking work in electromagnetism.

NASA’s Scalable Convergent Electric Propulsion Technology Operations Research project will build the X-57, replacing the Tecnam P2006T’s original wing and two gas-fuelled piston engines with a long, skinny wing embedded with 14 electric motors – 12 on the leading edge for take offs and landings, and one larger motor on each wing tip.

The 12 engines will be used during takeoffs and landings, with the wing-tip engines taking over at cruising speed. The aim to produce an aircraft that uses 500% less energy and can cruise at 280 k/hr. It will also be quieter, allowing it to take off and land in populated areas at all hours.

The “Maxwell” will be powered by batteries, recharged through solar cells.