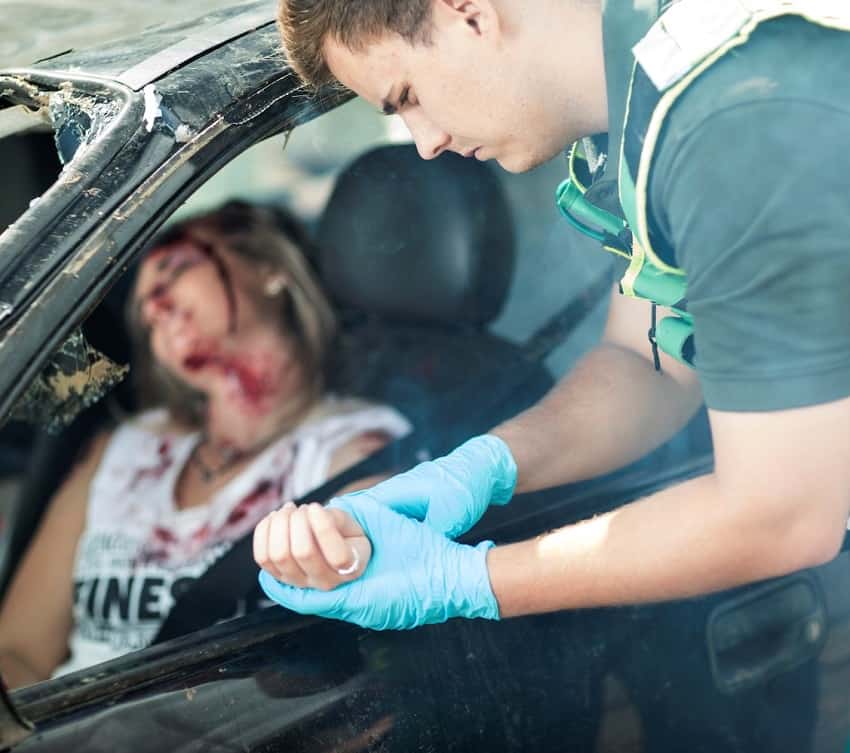 By Richard A. Lovett

The goal, says Yonatan Tekleab from Massachusetts Institute of Technology, US, is to harness a technology called magnetorheology – using magnets to clamp down blood flow in injured veins and arteries, thereby buying time for doctors.

If it works, it could save countless lives, Tekleab says, because traumatic injuries are the number one killer of people under the age of 40 worldwide, with 30-40% of the deaths coming from blood loss.

The process – as outlined at this week’s meeting of the American Physical Society’s Division of Fluid Dynamics – draws on a technology used in high-tech vehicle shock absorbers, in which variable magnetic fields are used to change the viscosity of fluids, in order to damp out road bumps.

When the intensity of the magnetic field is turned up, these fluids become more viscous. When it is turned down, they become runnier. By continuously adjusting the magnetic field, Tekleab says, it is possible to make shock absorbers that handle rough terrain better than do conventional ones.

Normally, of course, blood doesn’t respond to magnets. But all that’s needed, Tekleab says, is to inject iron of the type commonly used in food supplements.

When the iron-containing blood passes through a magnetic field, he says, the iron particles injected into it link up into chains that can be held in place to form an artificial clot that plugs the blood vessel and slows bleeding.

Better yet, the iron particles block x-rays, he says, “so you can see where they end up”.

Tekleab isn’t sure how much such iron it would take to shut down blood flow in a major blood vessel, but he thinks it might be as little as a few hundred milligrams. {%recommended 9464%}

He’s also not sure how the iron will be removed afterward, though he doesn’t believe that would be a major problem.

“I’m an engineer, but I’ve been assured by the surgeons I work with that that’s a secondary thing. As long as they can stop bleeding, that’s their primary focus,” he says.

So far, the method has been tested in bench experiments and in rats.

In one experiment using an artificial blood vessel, Tekleab says, the average rate of blood loss was reduced by a factor of five. And in rats whose femoral veins had been cut, the survival time was increased by a factor of 2.5.

The technique, he adds, won’t work for all types of bleeding. If the injury is in a major vessel feeding the brain, for example, shutting it off would quickly cause brain damage. But it would work quite well for an injury to a limb, where tissue can survive without fresh blood “for quite an amount of time”.

The next step, he says, is to try it out with larger animals, such as pigs, before moving on to human trials.

The vision is that ambulance crews and surgeons will one day be equipped with both iron for injection and magnetically tipped gloves that could allow them to arrest blood flow when and where needed.