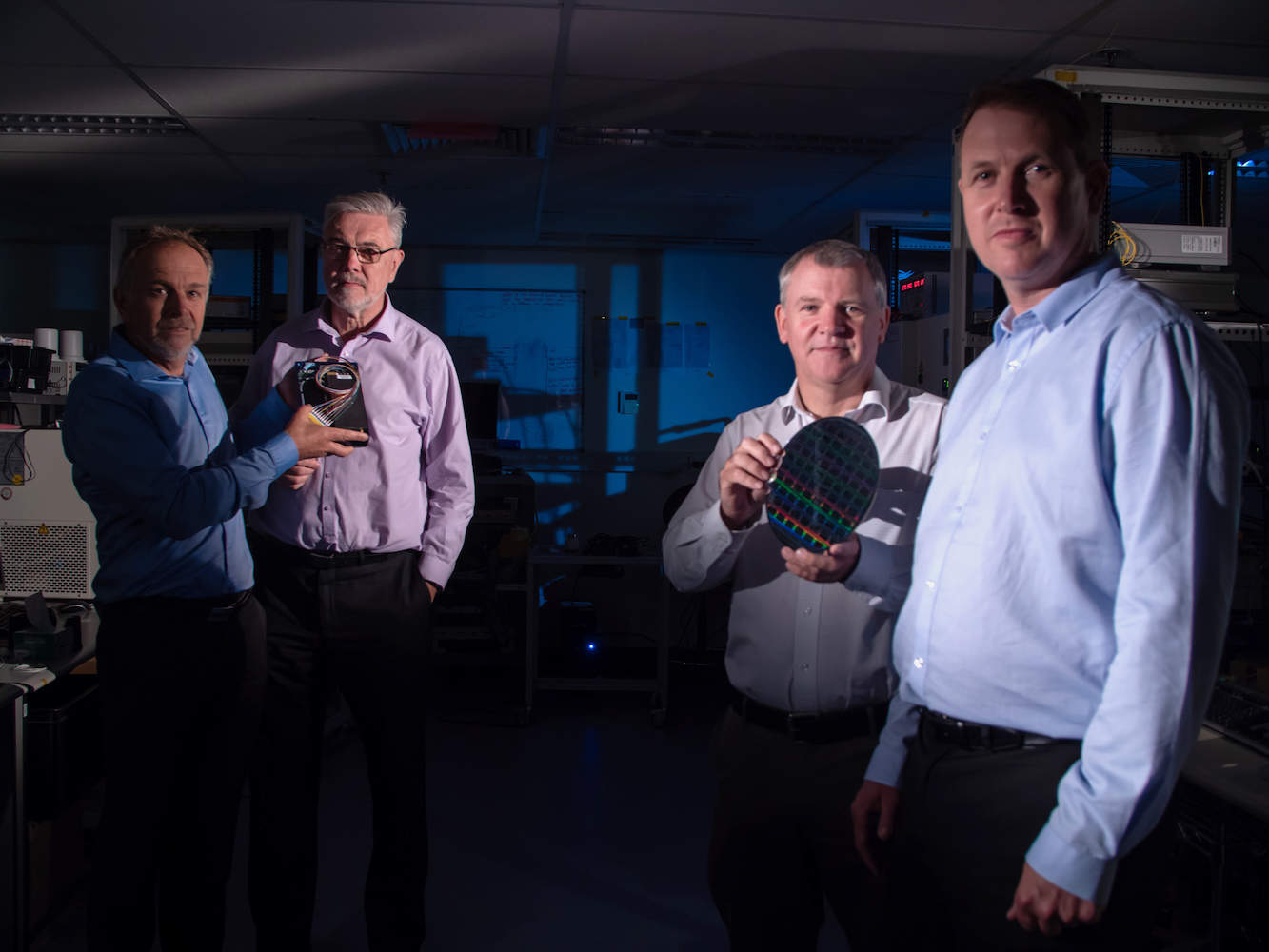 After the dot.com collapse of the half decade between 1995 and 2000, they “were looking for something to contribute”, says one of the four, Andrew Bartos.

Their initial inspiration came from a data projector that used a technology called liquid crystal on silicon (LcoS), which was initially developed for projection televisions.

Their patented technology, including their Flexgrid wavelength selectable switch, uses prisms to split light into coloured beams and switch them from one optical fibre to another – handling 10 terabits a second.

Apart from coming up with the design and programming to make their switches work, the team had to overcome another significant challenge – convincing global IT giants that a small company in Sydney could produce functional products and in sufficient quantities.

The developers, whose original company became part of the US-based multinational Finisar Corporation, developed devices that made fibre optics cheap to use over short connections and allowed internet traffic to grow in volume and drop in price. Because they are controlled by software, the switches let network managers rapidly reroute traffic when there’s a network fault. The Flexgrid concept has also been adopted into international standards.

The switches allow optical fibres to handle more data more nimbly, as well as making them more efficient and reliable.

From their Sydney base, the Finisar team recently introduced a new networking tool and a device that measures signal quality, and they’re continuing to work on ways of pushing still more data through optical fibres.