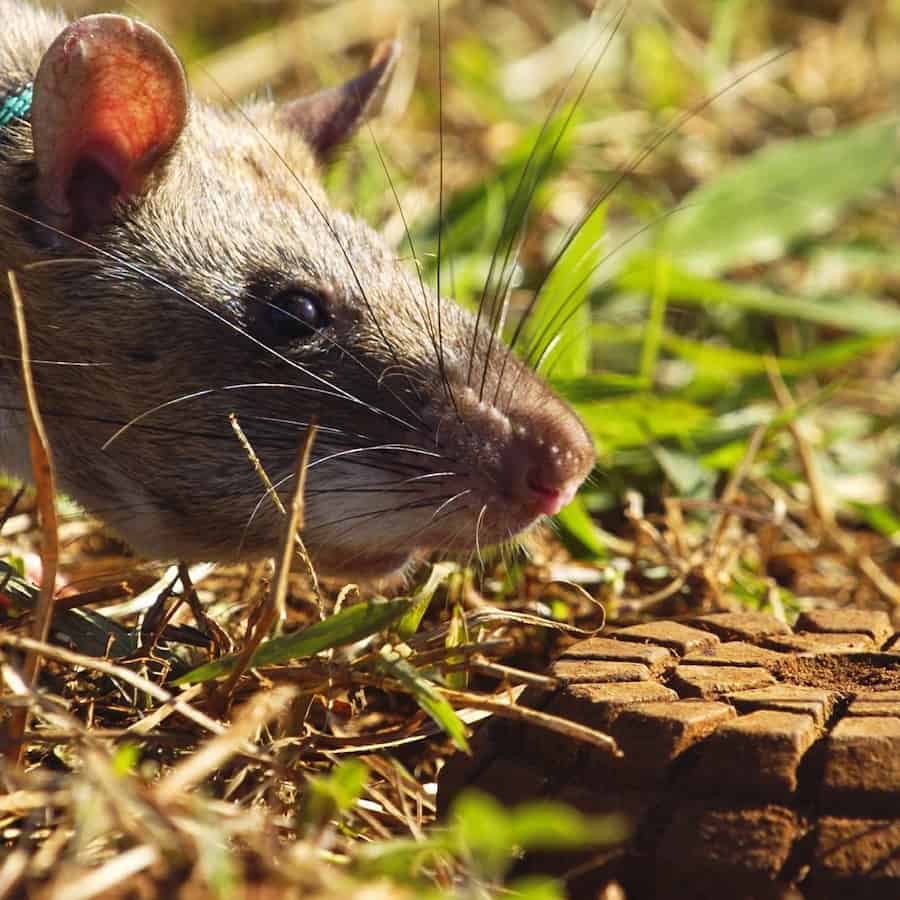 Hidden and lethal, landmines are a lingering legacy of war, rendering huge swathes of territory impassable. Exactly how many landmines lie undiscovered around the world is unknown, but estimates run into the tens of millions.

Some countries are loaded with them. Cambodia – with an area of just 180,000 square kilometres – is thought to contain between four and six million landmines. Their presence hinders urban expansion and agriculture. Around the world, they kill between 15,000 and 20,000 people every year – more than a third of them children.

Military forces can use large vehicles to clear out minefields in former combat zones, but different tactics are needed to deal with the problem in civilian areas.

Let’s take a look at a few current demining techniques – and ideas under development.

These use a magnetic field to identify the steel, copper, aluminium or lead components of buried mines. Unfortunately, they are indiscriminate machines and will react equally to a firing pin, a pressure plate, a piece of discarded shrapnel or an old soft drink can. For this reason, their use is highly labour-intensive, with some estimates of hit rates as low as one in 1,000.

Why not harness nature’s power to do the job? Dogs and rats can be trained to sniff out some types of explosive chemicals. Using live detectors is both faster and more reliable than using handheld devices, and, being small, rodents and dogs are less likely than humans to set a mine off should they tread on one.

Dogs can become disorientated by competing scents in areas with a lot of buried bombs, making rats better candidates in some situations. A company in Montana in the US is training honeybees to do the job.

High-frequency radar waves sent into the earth, reflected and detected can tell an operator about the size and shape of buried objects. But rocks and water pockets create frequent false positives, and some types of soil, such as clay or shale, reduce the system’s penetrative power to under a metre.

The obvious answer isn’t viable yet – and doesn’t look to be anytime soon. While current robots can be equipped with the same detectors that humans use, they generally aren’t able to move easily over uneven ground, rendering them unsuitable in most areas.

Some species of plants and bacteria have been genetically modified to react to the presence of explosive chemicals. Thale cress (Arabidopsis thaliana), for instance, can be bred to turn from green to red in the presence of nitrous oxide, a chemical that leaks from some types of unexploded bombs.

In 2016, researchers at the Massachusetts Institute of Technology in the US announced that they had successfully engineered spinach not only to detect trace elements exuded by explosives but also – via implanted nanotubes – to communicate the fact to a handheld receiver.

Beginning its life as an art project, the Mine Kafon has morphed into a wind-powered, disposable mine destruction device – funded by Kickstarter.

Designed by Massoud Hassani, who grew up in Afghanistan before finding safe haven in The Netherlands, the Kafon has been described as “a giant clump of dandelion seeds”. Essentially an autonomous, GPS-equipped sphere, the device roles across minefields, detonating any mines it encounters. Each device can blow up three to four devices before being too badly damaged to continue.

Hassani and colleagues are currently also developing a drone-equipped variation. It hovers around four centimetres above the surface, detects mines with a robotic metal detecting arm, then places a small detonator with a timer on each mine it finds.