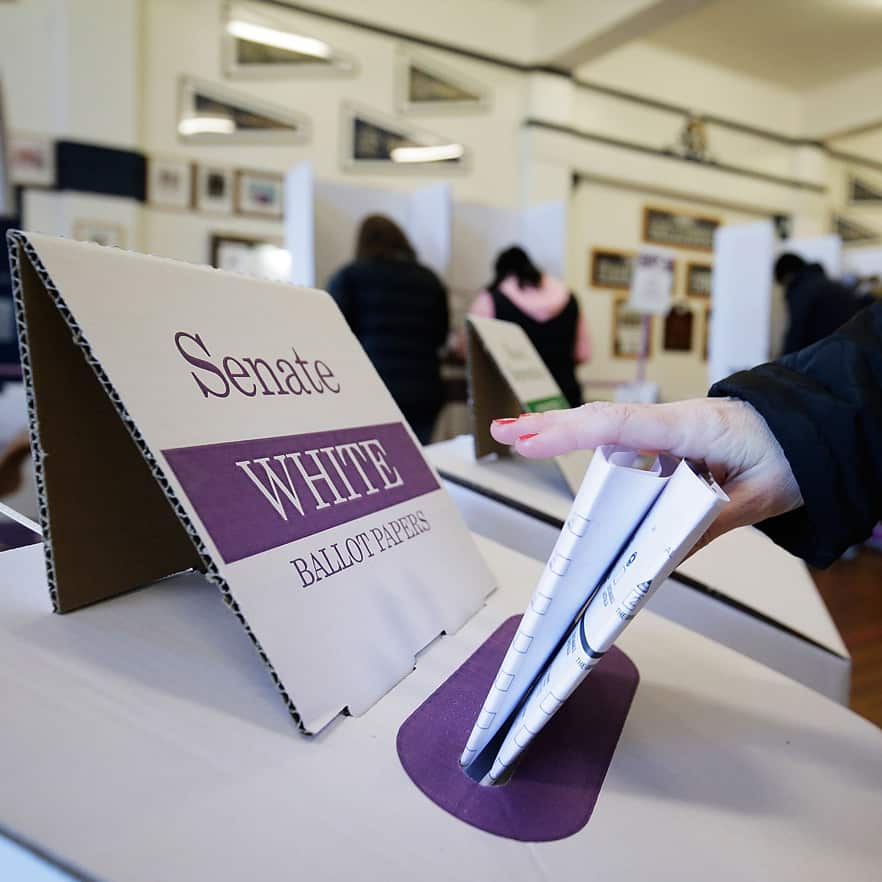 On 2 July, 11 million Australians elbowed their way into their tiny cardboard polling booths to vote. Then, along with the other 5 million or so who cast postal or early votes, they agonised for 10 days waiting to find out who would rule the country. When it comes to voting, we’re doing it the way we did 100 years ago. What happened to progress?

All the organisations I belong to shifted to secure electronic voting years ago. I receive an email asking me to vote for a new treasurer or committee member via a unique link that can be used only once. The system works perfectly well.

“Why can’t we do the same for our national elections?” I asked myself as I tried to lay down my metre-wide Senate voting form on the half-metre-wide polling booth shelf to scratch down my selection with a pencil.

It seems a no-brainer. But we are far from the only country stuck in the doldrums of paper voting. Only three nations have braved the new electronic world –  Estonia, with nationwide internet voting, and Brazil and India with electronic voting machines installed in traditional polling booths.

So why the reluctance?

It turns out that using a touch screen to vote in national elections is far more problematic than voting to elect the committee of my golf club.

Given members of parliament rule most aspects of our lives, we should not be prepared to accept any risk in the voting process.

Polling booths are good at protecting the confidentiality of voters by decoupling identity from the contents of the ballot paper.

And there are risks. A target as big as a national election would attract malicious hackers like moths to a flame. So any decision to shift to electronic voting should not be taken lightly.

There are also good reasons to make any electronic voting available only in polling stations – with obvious exceptions for voters who are out of the country or otherwise cannot attend in person.

If we allowed the electorate to vote from the comfort of their own homes, it could open them to the threat of coercion, where a controlling personality forces others to vote a particular way. Our polling booths, while flimsy, guard our privacy and protect us from this.

Polling booths are also good at protecting the confidentiality of voters by decoupling identity from the contents of the ballot paper. You register your identity at the first station and then go off to vote in privacy. But even with electronic voting, this time-honoured two-step process could be preserved.

Simplicity is essential. In the privacy of a cubicle, instructions from the electronic voting machine would guide the voter through the process. Airlines have learnt to do this for unattended check-in, so you would think it would be possible to do this for voting.

Improved accuracy is another key advantage of an electronic system. If there is one thing that machines do better than humans, it is arithmetic.

The system also has to be verifiable. If the vote is close, the loser may demand a recount. The easiest way to ensure that’s possible is to have a paper backup. Once a person has voted, the machine could print a copy, which the voter would put into a ballot box for safekeeping – just as they do today.

These checks and balances would help address the biggest concern about electronic voting: cyber-attack.

Restricting electronic voting to polling booths and ensuring that there is a paper back-up for a manual recount would substantially reduce this risk. But every aspect of the system would have to be validated and tested by security experts.

All things considered, the pros of shifting to an electronic system far outweigh the cons. Within minutes of the close of polling, the data from the voting machines at each polling booth would be electronically gathered, securely transferred to a central counting system and the results of the election would be known.

Voting for our national leaders is our most cherished right. It’s difficult to meet the goals of speed and accuracy while guaranteeing the process will not be corrupt, difficult or subject to coercion or criminal interference.  But when the clever country is left in limbo for 10 days, you have to think about a better way.

There is no reason not to try to bring voting into the 21st century.