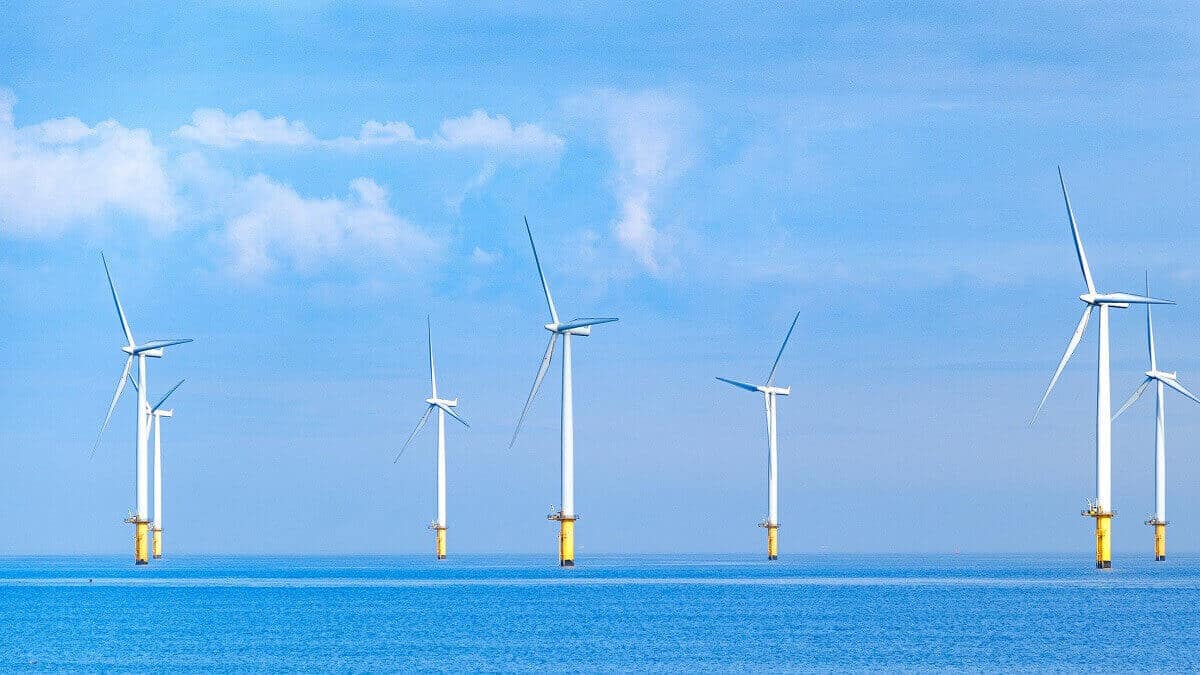 Energy company Nexsphere has announced it’s planning to build an offshore wind farm in Bass Strait, off the northeast coast of Tasmania.

If the farm meets all its regulatory approvals and the construction goes as planned, the Bass Offshore Wind Energy project (BOWE) will have 35 turbines running by 2026, with the potential to expand. These turbines will provide between 500 and 1000 MW of energy – enough to power 325,000 homes at a time.

The wind turbines are expected to each be 222 metres in diameter, with 108-metre-long blades. The first stage of the project is expected to cost between $1 and $2 billion. The project is still in its early stages, with Nexsphere carrying out feasibility assessments and choosing a specific area in which to build.

How will an offshore wind farm be built in five years? Cosmos sat down with Glen Kierse, CEO of Nexsphere, and Stephen Thompson, technical director of the project, to find out.

Why choose this spot for the offshore wind farm?

The proposed zone for BOWE is 20 to 30 kilometres off Tasmania’s northeast coast. The precise location hasn’t been decided yet. This places it “over the horizon”, making it very difficult to see from land.

How did this site get chosen? There are a huge number of things that make a site appropriate – or inappropriate – for wind energy.

“It’s a bit like pulling a Rubik’s Cube together,” says Thompson. “We have a whole range of variables that have to come into play to make one of these projects stack up.”

These variables include water depth, wind speed and direction, the seabed landscape, local commercial activities, wildlife and environment, visual and noise impacts, and ease of connection to ports, labour and power networks.

“[One] of the core ones, obviously, is a strong and consistent wind source,” says Thompson. “That’s really important, not just from the point of view of how strong the wind’s blowing, but the wind direction and a whole range of other variables like consistency throughout the year.

“The second component is water depth – water depth is pretty critical. This is one of the great challenges with most offshore wind projects around the world: [in] a lot of high wind areas, often the water depths are too deep. Or the shallow water gets too close into the coast, and people obviously get concerns around visual amenity.”

The shallower the water, the easier it is to build the turbines.

“Sixty metres generally tends to be the threshold point for fixed-bottom wind farms. Beyond 60 metres, you’re stepping into floating structures, which are much more costly and challenging to do,” says Thompson.

Then, there’s the task of getting the wind turbines out to the site.

“The port can’t be too far away from the site, because of the cost and the challenge of taking big structures out to sites,” says Thompson. “But the biggest issue we have with ports is the kit that goes into building these wind farms is massive.

“We’re looking at 222-metre diameter span on the blades. So we’re looking at quite a lot of lay-down area for the towers, the blades and all the footing structures that need to be put in place. We have to have the right type of port arrangements for heavy lift. We also need ports that are able to accommodate the time it takes to load and offload all the equipment.”

Read more: Renewables make it into the grid better with AI

And once the turbines are out there, the power has to get back. BOWE’s proposal is to connect the wind farm to the grid substation at George Town via a transmission cable.

“Connecting into a core part of the grid is really essential,” says Thompson.

“[Wind farms] might be able to connect onto land, but then they might have to go a significant distance overland to get to a core substation to connect into the grid. We spent a huge amount of time looking at a whole variety of grid connection options – that played a pretty critical role in landing on our site.”

What expertise is needed to build an offshore wind farm?

It’s a big undertaking to build 35 towers in the middle of the sea, but Nexsphere believes it won’t have to reinvent any wheels.

“There’s a pretty established track record and process in the design, installation and maintenance of these facilities based in particularly in Europe, but even extending into Asia and the United States,” says Kierse.

Thompson agrees: “We feel confident bringing the right partners in that we can manage that adequately.

“The second component of that is Australia has a pretty capable offshore oil and gas sector who are familiar with building large structures out in these type of locations. We’ll be looking at a lot of local expertise as well.”

Thompson and Kierse are confident that, with this local knowledge from oil and gas, combined with the decades of effective offshore wind generation overseas, they won’t run into too many engineering anomalies.

What about the local environment?

Marine environments are more difficult to assess than onshore. How does a farm like this get built without causing damage? Again, you need to consult the experts.

“We’ve been working very closely with AMC [the Australian Maritime College], the University of Tasmania, the Blue Economy CRC, as well as CSIRO on a lot of the impacts in that zone. There is a huge amount of data available that’s been looked at in terms of other projects, like the Bass Link project, which is pretty close to the area where our project is going in.”

Environmental investigations, due to be done by 2024, also form part of the project’s feasibility assessment.

The primary concern for a wind-farm project is birds – in this case, marine birds. The effect on marine life, particularly during construction, is also a major factor.

There are some clear ways to reduce the disruption caused by a project like this. “The environmental studies that have been undertaken have really suggested we are having much more minimal impact the further off the coast we are,” says Thompson.

But Nexsphere expects to gather more detail as the feasibility study progresses.

“One of the reasons that we haven’t declared a final location of design is that we expect to do quite an extensive amount of community consultation, on environmental and other factors,” says Kierse.

How long will the wind farm last?

The offshore wind farm is planned to run for 40 years. What happens at the end of that?

Thompson says that we can look to older wind farms to see how newer ones might be managed.

“What’s currently happening with the earlier turbines that were put in as offshore turbines in Europe, in the North Sea, some of them are actually starting to be retrofitted – the ones that have been there for a decade or more. Ultimately, they can be retrofitted at a certain stage with new gearboxes or turbines, and new blades.”

But this can’t be relied on.

“A core part of our operating license requirement is to have a very integrated decommissioning plan in place that we will have to develop prior to construction,” says Thompson.

“Typically, what we found, though, is a lot of these offshore structures, once they’re erected, they tend to create a habitat for a lot of marine life around the base of the structures. And that tends to be more of a sort of incentive to potentially keep some of those structures in there, to accommodate some of that marine life.

“But we will be developing a fairly integrated decommissioning plan.”