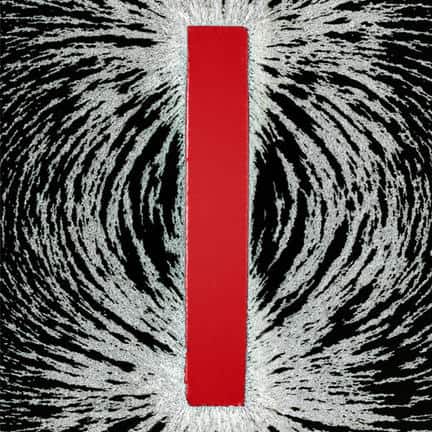 In a feat of modern day alchemy, scientists have successfully turned non-magnetic metals into magnets. Oscar Cespedes at the University of Leeds and his team published their magnetic recipe in Nature in August. The key ingredient? A dusting of carbon.

“This is a new way of making magnets – it opens up a new field!” says Naresh Dalal from Florida State University, who also researches magnetic materials.

Magnets are crucial in the age of big data. We’ve generated almost as much data in the past two years as during all of human history. To generate and store it, devices such as smartphones and computer hard drives use tiny, powerful magnets that store data as magnetic alignments – or “bits”. The magnets gain their strength from rare Earth elements such as neodymium. But extracting these elements is an intensive process, requiring vats of industrial solvents.

To reduce that environmental price tag, scientists have been looking for an alternative way to create ultra-powerful magnets. And that involves going to the very source of magnetism – electrons.

You can think of the electrons in an atom as behaving a bit like planets orbiting a Sun. They make their way around the atom’s nucleus while also spinning on their own axis. The spin can be clockwise or anti-clockwise, or “up” or “down”. As they spin, each electron generates its own tiny magnetic field.

to try and make it magnetic”

A block of metal becomes a magnet when most of its electrons spin in the same direction, combining their tiny magnetic fields. You can induce this alignment by holding another magnet close to the metal. But at room temperature only iron, cobalt and nickel retain the alignment after the magnet is removed. Electrons in other metals quickly fall back into their dishevelled spinning state – the interaction between their spins is not strong enough to keep the alignment intact.

Cespedes and his team wondered if they could coax those obstinate electrons into aligning their spin – and staying there. For assistance they turned to buckminsterfullerene, or “buckyballs”, molecules of 60 carbon atoms shaped like a soccer ball.

Buckyballs are extremely stable – so stable some astronomers think they may have been what delivered carbon to Earth from space. Their electrons are trapped between the atoms of the “ball” leaving very few free on the surface. This electron-poor surface sucks up electrons from other sources like water in a sponge. Perhaps these electron sponges might also coax electrons to align their spins in one direction?

To test that idea, the team took a non-magnetic wafer of copper, merely 20-atoms-thick, and pelted it with buckyballs until they’d built up a coating six layers thick. Then they popped this material in an ultra-sensitive magnetometer to see if the copper-carbon combination was magnetised.

They measured a slight, but definite, magnetism from the metal. “OK, nobody is going to believe this”, thought Cespedes. “We’ll have to measure another 100 samples.” So they did, and the results were consistent. “This is the first universal method that you can apply to any metal to try and make it magnetic,” he says.

Their copper magnet was 30 times weaker than iron, so it wouldn’t stick to your fridge. And the magnetism only lasted for a couple of weeks. While the team is still trying to work out the exact mechanism for how the buckyballs exert their effects, the team is confident they can make stronger magnets by tweaking the metal or changing the buckyball layer to other stable carbon-based molecules.

Dalal says the discovery will put buckyballs on the data storage map, but other applications for these magnets are hard to predict. “A new method can lead to something we really can’t even imagine.”

Also from Cosmos Magazine:
Enter the graphene era
How carbon reached the Earth from the stars

Originally published by Cosmos as Could buckyballs make any metal into a magnet?