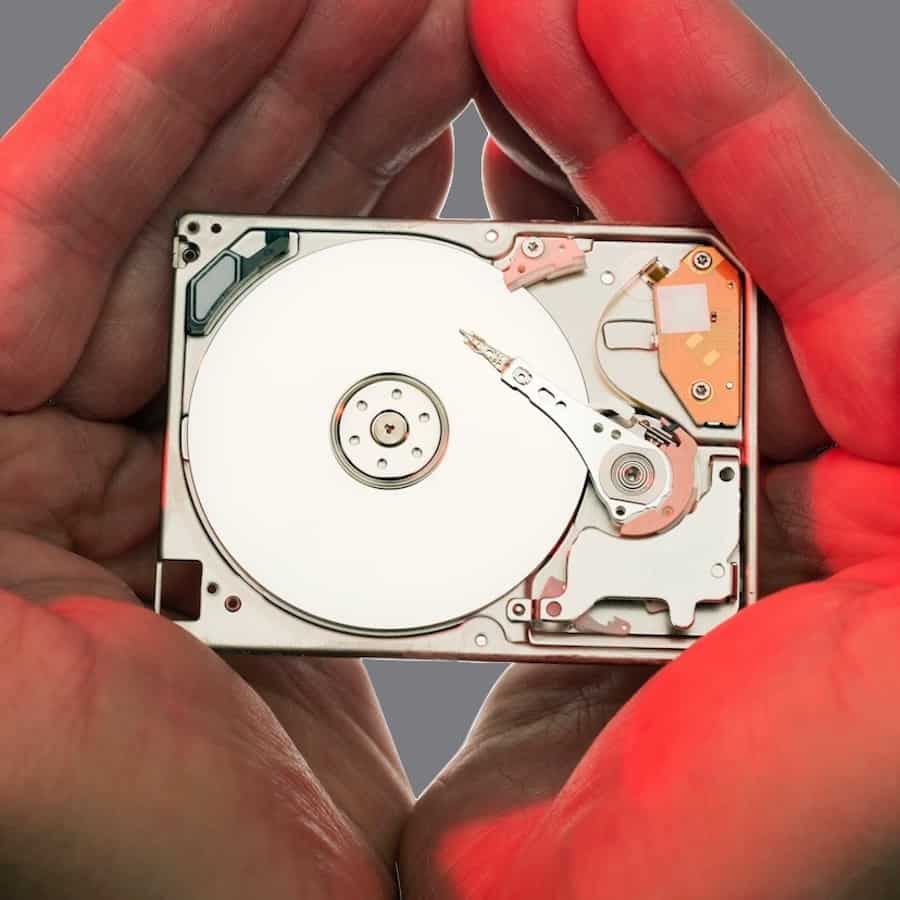 Andrzej Stupakiewicz from the University of Bialystok in Poland and colleagues used precisely tuned laser pulses to store information on garnet crystal at blistering speeds with very little heat.

In data storage devices such as the hard drive in your laptop, information is written and read in magnetic units of information called bits.

When data is stored, an electromagnet flips the magnetic orientation of small patches on a spinning disc. (In a solid state hard drive, the information is stored on flash memory chips.)

Magnetisation in one direction might be read as a 1 and another direction, 0. This writes data in binary code which can be interpreted as, for instance, a cat video.

The problem is this technique can be relatively slow, energy-intensive and generate heat. So researchers have looked to different ways of writing and reading bits – such as ultrafast pulses lasers fired at metals which force them to flip a magnetic memory bit.

But while this might solve the speed problem, the heat issue remains.

Stupakiewicz’s team enlisted the help of lasers to write magnetic data bits too, but in a slightly different manner. Instead of using a high-temperature laser on a metal, they used polarised light to flip the magnetisation on points of a garnet material.

Polarised light is light that travels in one plane (or in a spiral). For instance, polarised sunglasses contain a special filter that blocks horizontally polarised light, produced when light reflects off water or snow. This reduces glare.

Because little excess heat was generated, the device was also very energy efficient.

The researchers anticipate that this research “will open up many opportunities for the design and development of materials and methods in the field of opto-magnetic recording”.

But we’ll probably be waiting a while for it to hit shelves, says James Thom, a computer scientist from RMIT University in Melbourne, Australia.

“Although you may be able to write the tape reasonably quickly, to retrieve it, you need to go to the bit of tape that you need,” he explains.

“A lot of the speed of a disc drive, for example, depends on the speed at which the disc is spinning.”