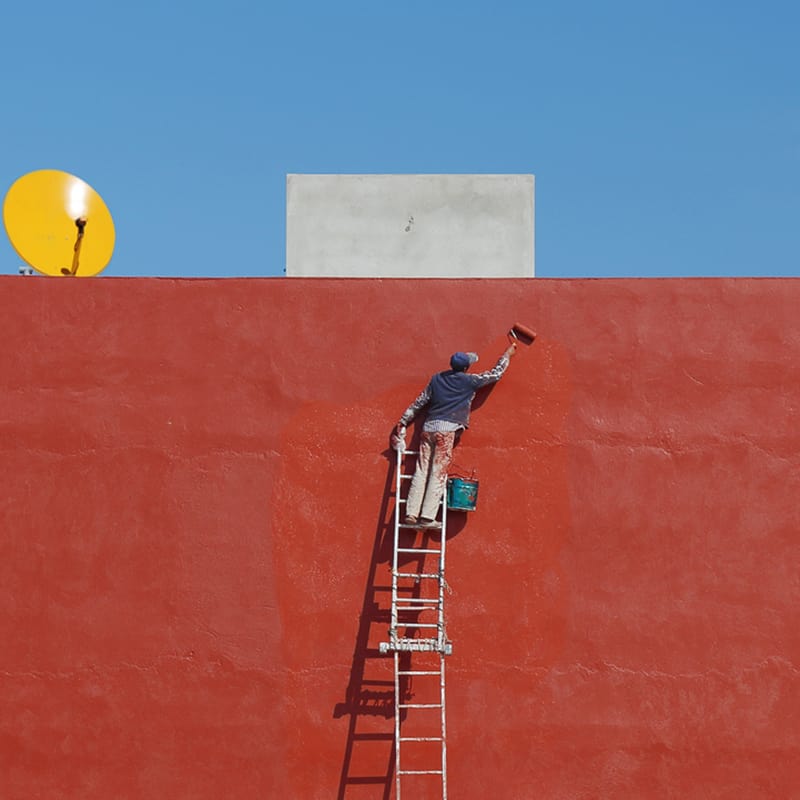 Australian scientists have developed a solar paint that will not only keep your house looking good, but also produced hydrogen, one of the cleanest fuels, from water vapour.

The paint was developed by a team from RMIT University in Melbourne led by Torben Daeneke and is based on a new compound called synthetic molybdenum-sulphide that absorbs moisture like silica gel – the material often found in sachets that keep electronics and food dry.

Unlike silica gel however, synthetic molybdenum-sulphide also acts as a semiconductor and catalyst for the separation of water into hydrogen and oxygen.

Daeneke claims that when the new compound is paired with titanium oxide – the white pigment in wall paint – it will be able to harvest solar energy and produce hydrogen from water vapour, which can then be used in fuel cells or conventional combustion engines as an alternative to fossil fuels.

While the technology is little more than a proof of concept at present, Daeneke believes it is especially important because of the range of environments that it will be able to function in.

“There’s no need for clean or filtered water to feed the system. Any place that has water vapour in the air, even remote areas far from water, can produce fuel,” he says.

The research is published in ACS Nano.

Originally published by Cosmos as Can solar paint turn water vapour into fuel?