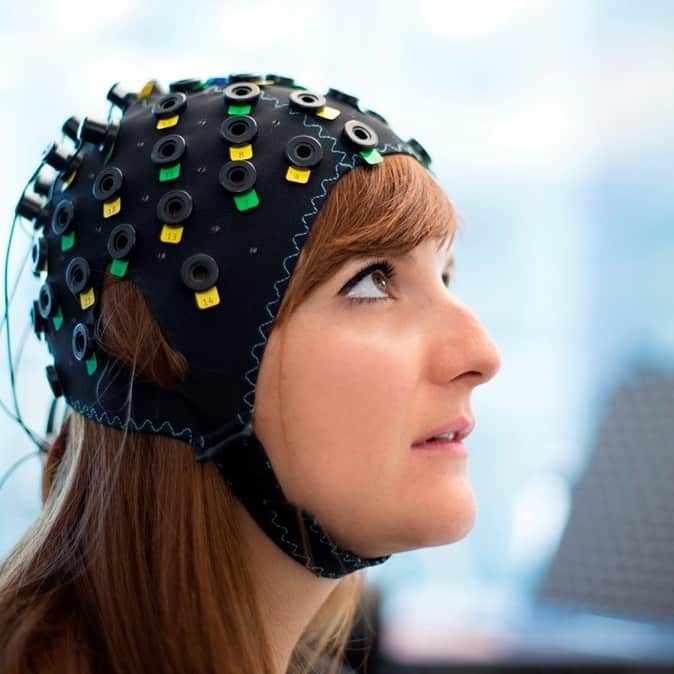 shown on a model.

A new computer program can successfully read the thoughts of people living with completely paralysed bodies.

The research, published in PLOS Biology, could have enormous benefits for communication and quality of life for patients rendered motionless by disease or injury.

Led by Ujwal Chaudhary at the University of Tübingen in Germany, this is the first technology shown to successfully communicate with sufferers of “completely locked-in syndrome” – that is, patients with high cognitive and emotional function, who are unable to move any part of their body, including their eyes.

The brain-computer interface uses near-infrared spectroscopy and electroencephalography – which measures the brain’s electrical activity – to track subtle changes in oxygen levels in the brain.

For this study, the team tested the technology on four patients with amyotrophic lateral sclerosis, a motor neuron disease that destroys the nervous system, often eventually leaving the patient paralysed.

Following some training, the researchers began asking each patient yes or no questions with known answers, such as “You were born in Paris?” or statements relating to the name of the patient’s spouse.

When a patient was trained to think about a response to a yes/no question, the change in oxygenated blood during a true or yes response was markedly different to the change associated with a no or false response.

Using the brain-computer interface to detect responses to questions over a matter of months resulted in around 70% of questions answered correctly.

Study co-author Niels Birbaumer, at the Wyss Centre for Bio and Neuroengineering in Switzerland, says: “The striking results overturn my own theory that people with completely locked-in syndrome are not capable of communication. We found that all four patients we tested were able to answer the personal questions we asked them, using their thoughts alone.”

The researchers used the opportunity to ask regularly whether each patient was happy. To the researchers’ surprise, the consistent response was “yes”.

“We were initially surprised at the positive responses when we questioned the four completely locked-in patients about their quality of life. All four had accepted artificial ventilation in order to sustain their life, when breathing became impossible; thus, in a sense, they had already chosen to live.”

The researchers say implications for quality of life in locked-in patients could be significant.

“What we observed was that as long as they received satisfactory care at home, they found their quality of life acceptable. It is for this reason, if we could make this technique widely clinically available, it could have a huge impact on the day-to- day life of people with completely locked-in syndrome.”

The researchers plan to use their findings to develop technology that could have wider applications, potentially for patients who are paralysed from stroke, disease or spinal-cord injury.