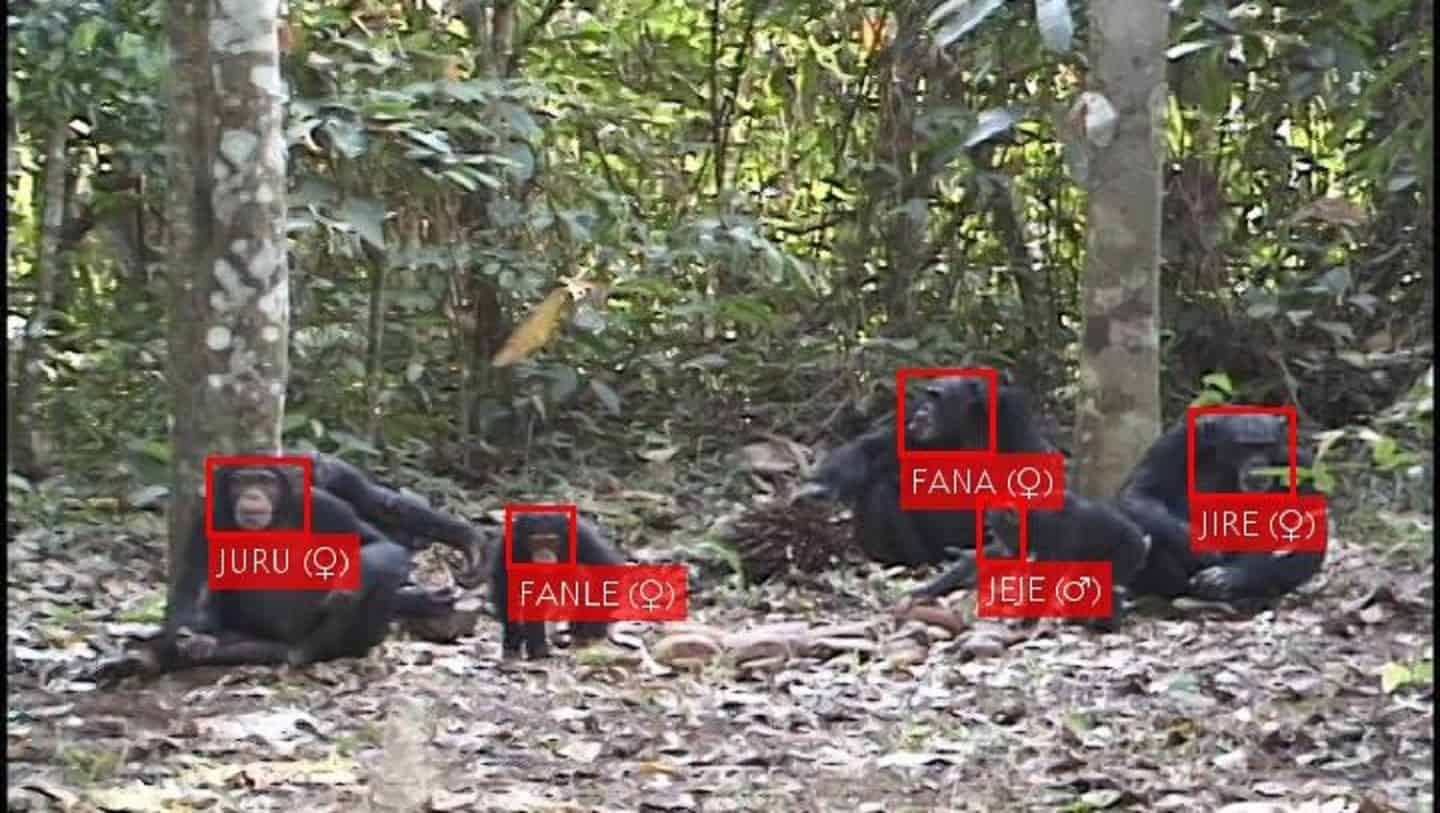 British scientists have developed new artificial intelligence software that can recognise and track the faces of individual chimpanzees in the wild, potentially slashing the time conservationists and others now spent laboriously analysing video footage.

The team from Oxford University says it is the first computer model to continuously track and recognise individuals in a wide range of poses, performing with high accuracy in difficult conditions such as low lighting, poor image quality and motion blur.

It was trained using more than 10 million images from Japan of 23 different chimpanzees. The Kyoto University Primate Research Institute’s archive holds more than 50 hours of footage of wild chimpanzees in Guinea, West Africa, taken over 14 years.

“For species like chimpanzees, which have complex social lives and live for many years, getting snapshots of their behaviour from short-term field research can only tell us so much,” says anthropologist and research leader Dan Schofield.

“By harnessing the power of machine learning to unlock large video archives, it makes it feasible to measure behaviour over the long term, for example observing how the social interactions of a group change over several generations.”

In a paper published in the journal Science Advances, the researchers say their deep learning-based approach demonstrated 92.5% accuracy for identity recognition and 96.2% accuracy for sex recognition.

Co-author Arsha Nagrani, a computer vision researcher, says it differs from previous primate face recognition software in that it can be applied to raw video footage with limited manual intervention or pre-processing, saving hours of time and resources.

The researchers tested their model’s performance against human observers, selecting 100 random faces from the test set and providing them to researchers and students with experience coding chimpanzees from the Bossou area of Guinea.

Schofield and colleagues also used the tool to analyse changes in the chimpanzees’ social network over time, finding that it correctly identified mothers and young infants as the groups most likely to appear together.

They say that will be important to test how applicable the model is to other species.

“With an increasing biodiversity crisis and many of the world’s ecosystems under threat, the ability to closely monitor different species and populations using automated systems will be crucial for conservation efforts, as well as animal behaviour research,” Schofield says.

“Interdisciplinary collaborations like this have huge potential to make an impact, by finding novel solutions for old problems, and asking biological questions which were previously not feasible on a large scale.”

The software is available open source for the research community, Nagrani adds.

Originally published by Cosmos as Finding a chimp in the crowd