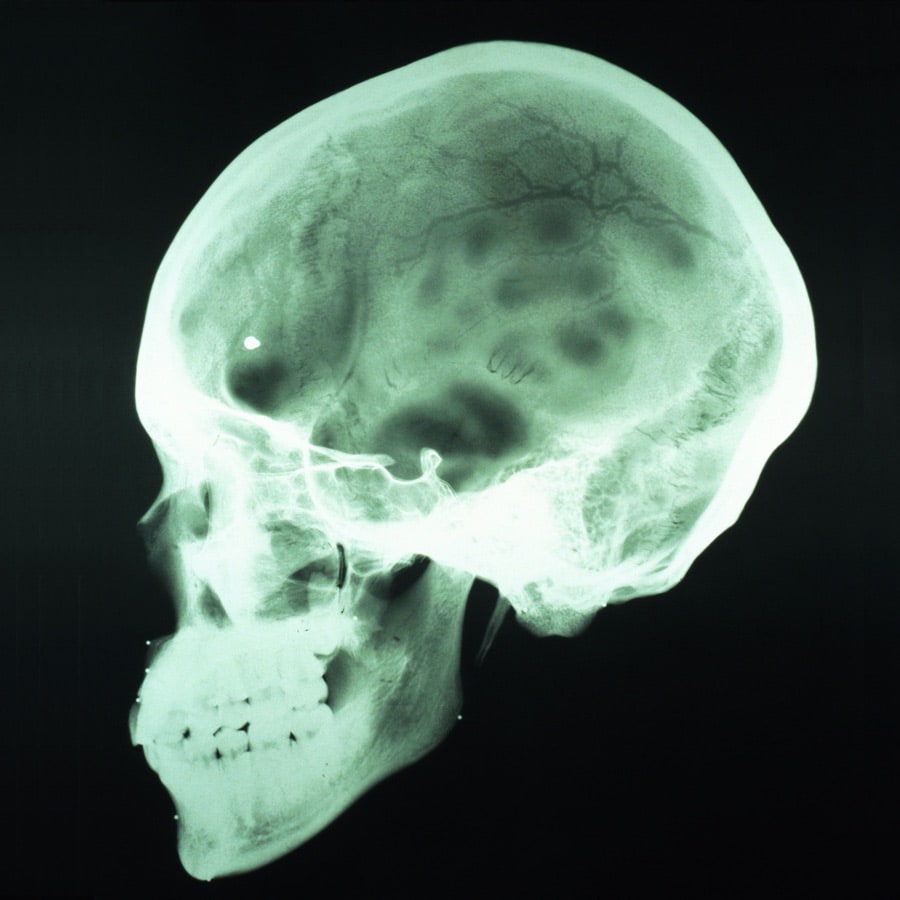 Newly developed bone implants helped heal rodent spines and a monkey skull and could one day be used for personalised treatments, from fractures to bone cancers.

The synthetic bone is strong and stretchy, doesn’t need additional molecules called growth factors to help regeneration along and can be quickly and easily produced and customised in the operating room.

A US team unveiled their material in the journal Science.

Bone grafts aren’t new – they’re already used today – and come in a wide variety of types, such as putty-type fillers and scaffolding.

The problem is a successful implant must be safe – that is, not elicit an inflammatory or rejection response – and easy to use in a surgical setting, not to mention widely available and cost effective.

Most products tick two of these boxes, but not all three.

Granules, for instances, can be rapidly packed into a bone break, but can be washed away by local bleeding.

Porous ceramic implants are stiff and will stay put, but shaping them takes time – not ideal in the high-pressured environment of a surgical theatre.

So a team led by Northwestern University’s Ramille Shah tried something different – a material that’s safe to use, strong enough to last but soft enough so it doesn’t shatter, and can be quickly made to suit a patient on the operating table.

They mixed up 90% (by weight) of hydroxyapatite, a naturally occurring form of calcium apatite that comprises around 70% by weight of human bone.

The rest was a biodegradable polyester to give the material a bit of squish.

Using this material at room temperature, they could print up to 275 cubic centimetres of “hyperelastic bone” per hour – a porous structure that allowed and supported new bone growth as well as blood vessels and nerves.

They tested the material in rats with spinal injuries similar to humans. After eight weeks, the bone graft assimilated itself into the surrounding tissues and was encouraging new growth – even without growth factors.

To see if it worked in an animal closer to us humans, they decided to treat a rhesus macaque which had been previously used in neurological experiments.

As a result of having brain implants, part of its skull was weak and needed repair. No one knew exactly how much skull needed to be fixed, so Shah’s team printed an “extra-large” piece of their material – 40 millimetres square – that could be trimmed accordingly.

After just four weeks, the graft had integrated with the rest of the skull. There was no inflammation or infection.

The researchers acknowledge that they’ve only tried their material on one case. Next, the technique must be confirmed in a comprehensive series of studies in larger animals.