Home ■ Space ■ What is the Fermi Paradox? 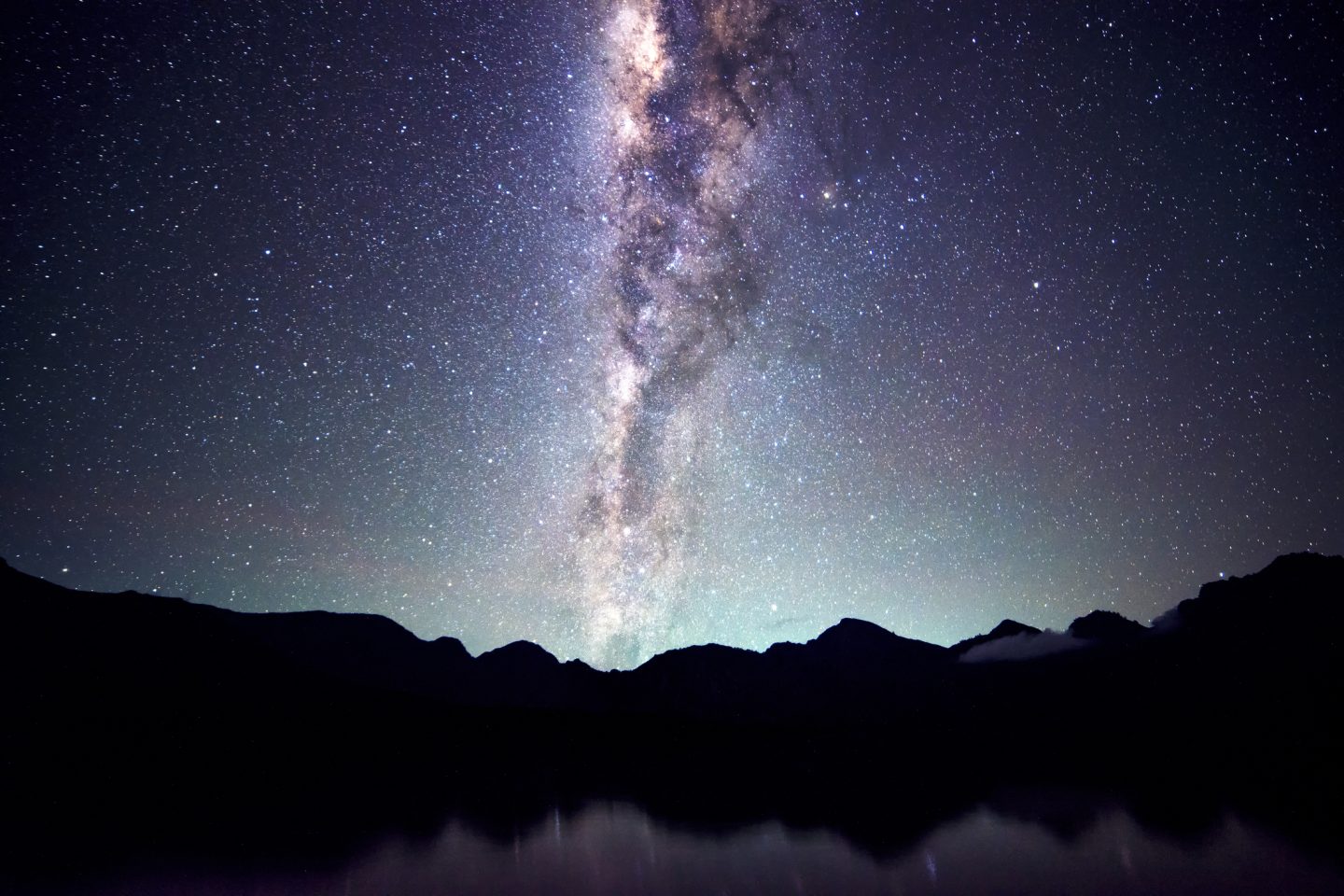 If there is other life in the Milky Way, why can’t we see any sign of it? Credit: Abdul Azis

The Fermi Paradox – named after the Italian-American physicist Enrico Fermi – can be summed up in a simple question that anyone looking out at the night sky has probably asked themselves: Where is everybody? Or, to put it another way, it’s a big universe, so why can’t we see life anywhere but here on Earth?

That’s the question that occurred to Fermi at lunch one day in 1950, after a discussion about UFO sightings. Unlike most idle daydreamers, however, he put some mathematical grunt into addressing the problem.

A gifted theoretician who made significant advances in statistical mechanics and was the first to postulate the existence of the neutrino, Fermi also built the world’s first nuclear reactor and played a key role in the Manhattan Project that developed the atomic bomb.

Fermi, who had won a Nobel Prize in 1938, was famous for his ability to estimate pretty good answers to tough questions using very little data and back-of-the-envelope calculations.

In one well-known example, he estimated the strength of the blast created by the first nuclear test explosion by dropping small pieces of paper during it and watching how far they travelled through the air. This allowed him to calculate the change in air pressure caused by the blast, which in turn meant he could work out the amount of energy released. His rough estimate that the explosion was the equivalent of 10,000 tons of TNT was not too far off the real figure of 21,000 tons.

This was the technique he turned to the question of extraterrestrial life.

According Herbert York, who was present at the lunch, Fermi reportedly backed this argument up with some rough calculations, but he never pursued the question seriously. That task was left to the astrophysicist Michael Hart, who ran some more rigorous numbers in a paper published in 1975.

Though the Fermi Paradox is the accepted name for the argument, some argue that it more properly belongs to Hart.

Whoever is responsible for it, there are any number of proposed answers to the question.

The most obvious is that we are alone: Earth is unique, or close to it, in having life. Alternatively, large-scale interstellar travel may be impossible. Or perhaps intelligent life will inevitably destroy itself via nuclear weapons, or runaway artificial intelligence, or global warming, or something else.

Other ideas include the suggestion that we are not looking for the right kind of signs, or that aliens are so alien we cannot even recognise them as living things. Or perhaps other civilisations are deliberately keeping us in the dark until we are ready to join the galactic community.

Or perhaps other life is abundant, but living in subsurface oceans – such as that thought to be on Enceladus – unaware that anywhere, or anything, else exists.

The possibilities are endless, and speculation will no doubt continue forever, or until we find extraterrestrials.

Fermi’s lunchtime conversation petered out, according to Edward Teller, another physicist who was present, with the conclusion that “as far as our galaxy is concerned, we are living somewhere in the sticks, far removed from the metropolitan area of the galactic centre”.