The Big Bang theory, despite being a popular television show, is misunderstood. It is not a hand-wavy concept of a great cosmic “boom”. The theory describes in exquisite detail the baby Universe that grew up to be our vast, varied and beautiful cosmos. And it’s not only a set of equations. The early Universe described by the theory has been verified, photographed, and, in part, recreated in the lab.

In its simplest form, the Big Bang theory is the idea that the Universe was hot and dense in the past. This is sometimes known as the Hot Big Bang, and it follows from the expanding Universe we see today: if everything is moving apart now, there must have been a time when it was crammed much closer together, and even a time when the entire Universe was as hot as the surface of the Sun.

We have pictures of this. The cosmic microwave background is a snapshot of the light that was produced when the Universe was so hot and dense that it was glowing with radiation. That light began travelling through the Universe more than 13 billion years ago and is arriving here now from the most distant reaches of the cosmos. It shows us the patterns made by the first tiny fluctuations in matter in the Universe, that eventually grew into galaxies, clusters and all the structure in the cosmos. We can study this first light in detail thanks to satellites such as the Planck telescope.

When most people think of the Big Bang they think of the singularity: the idea that the Universe began as an infinitesimally small point of infinite density, in which both space and time came into existence at a single moment. Some theories include this kind of singularity; others include infinite cycles of expansion and collapse – at the moment, it’s hard to say which is right. Whether or not the singularity occurred, the Big Bang theory isn’t going away. The cosmic microwave background, the distribution of galaxies, and even the abundance of different chemicals in interstellar space all point to the same primeval fireball universe. And now, machines such as the Large Hadron Collider are bringing that fireball right to us.

Particle colliders were conceived to probe the inner workings of atoms and discover the building blocks of matter. But this is now only a side-effect of their primary purpose. By smashing particles together at higher and higher energies, the Large Hadron Collider can momentarily produce the exact conditions of the hot early Universe. This an essential test of the foundations of particle physics.

One tenet of the Standard Model of Particle Physics is that the forces of nature change their strength at different energies and the Big Bang was a very high-energy event. We know, for instance, that at extremely high energies the weak nuclear force, which is responsible for some types of radioactive decay, weakens. But the electromagnetic force, comparatively feeble in a subatomic context, strengthens. Collider experiments have shown us that at some point, the strength of the two forces match up and electromagnetism and the weak force become two aspects of the same thing: the electroweak force. Experiments that produce electroweak interactions are giving us a glimpse of the processes within the first trillionth of a second of the Universe – during the aptly named “electroweak era”.

The Large Hadron Collider will soon reach its top energy after a two-year upgrade to make it twice as powerful. The hope is that it will go well beyond producing known electroweak interactions. By recreating the conditions of the Hot Big Bang, it might discover particles that indicate the existence of supersymmetry – in which all the subatomic forces (strong, weak and electromagnetic – gravity is the oddball) were joined in one Grand Unified Theory. We might even produce dark matter particles, which in many theories are thought to have first separated themselves from ordinary matter during the electroweak era.

Time travel, in the hop-in-a-time-machine-and-change-your-destiny sense, is impossible, as far as we know. But to a physicist, time travel comes with the territory. We can take high-resolution photographs of the cosmic primordial soup, sometimes we even make ourselves a little sample. In the era of cosmic microwave background observations and the Large Hadron Collider, the Big Bang is no longer a speculative story. It is a visible, touchable relic of the infant Universe, as real as a piece of ancient artwork and, to a physicist, just as beautiful.

Originally published by Cosmos as Recreating the beginning of time 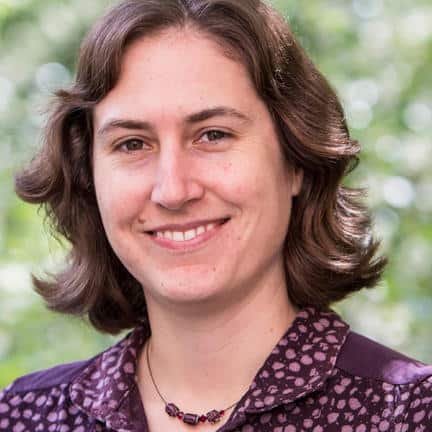