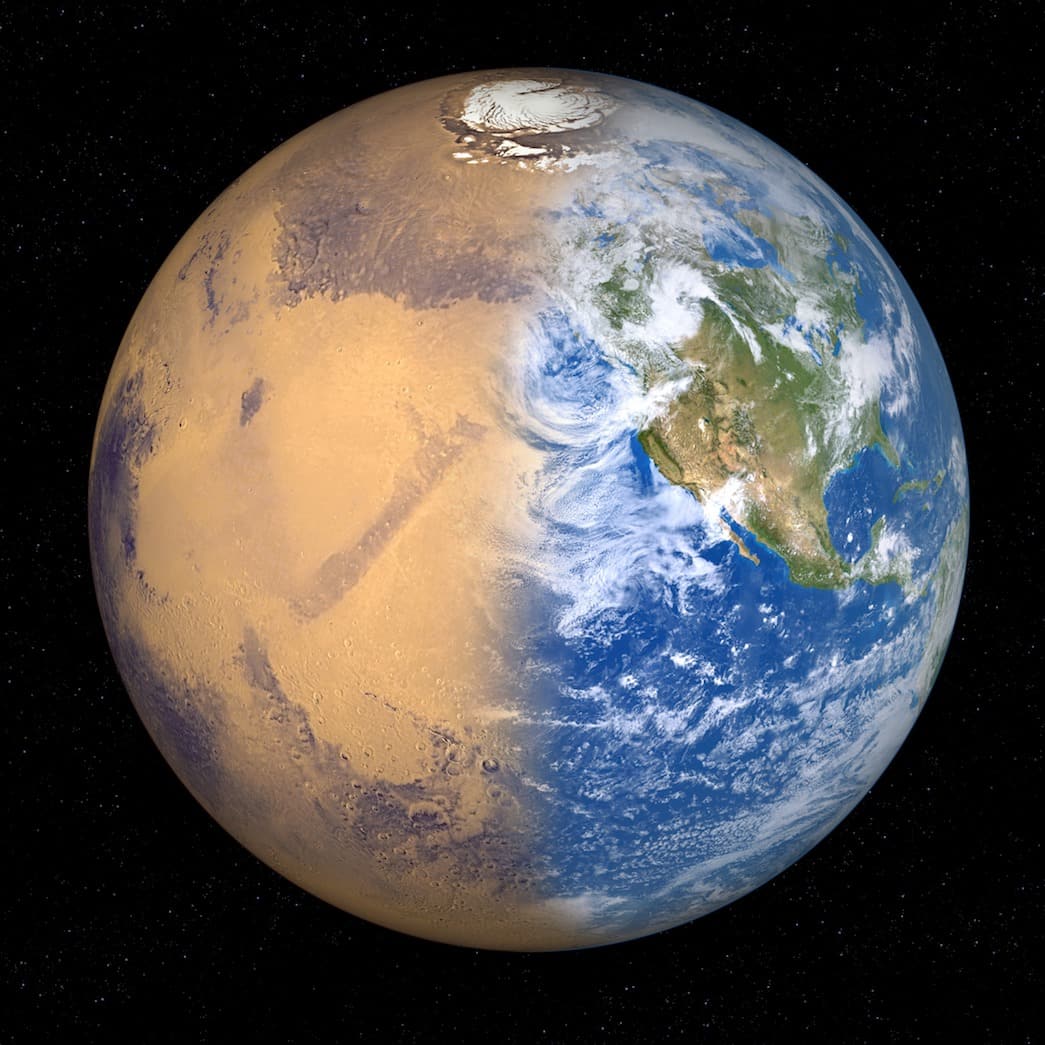 Colonists hoping to terraform Mars for human settlement may face an obstacle, scientists say: not enough carbon dioxide to appreciably warm the planet.

Mounting levels of carbon dioxide on Earth are an environmental concern, due to their impact on global warming. But on Mars, global warming could help produce conditions more hospitable than the red planet’s present frozen wasteland.

In theory, solar mirrors or other heat sources could be used to release carbon dioxide from Martian rocks and the polar ice caps to make the atmosphere thicker, enabling it to trap heat to make the planet more earthlike.

“It’s a subject that’s coming up increasingly in the popular press,” says Bruce Jakosky, a planetary scientist at the University of Colorado, Boulder, US, and principal investigator for NASA’s Mars-orbiting Mars Atmosphere and Volatile Evolution (MAVEN) spacecraft. “But is it feasible?”

Sadly, he and Christopher Edwards, a planetary scientist at Northern Arizona University, Flagstaff, US, say in an upcoming paper in the journal Nature Astronomy, the answer is a resounding “no.”

Once upon a time, Mars had plentiful carbon dioxide — sufficient to warm it enough to produce oceans, rivers, and a climate we would probably find pleasantly temperate.{%recommended 6486%}

Then much of it disappeared, leaving an atmosphere that, while still comprising primarily carbon dioxide, has a surface pressure of only 6 millibars, or 0.6% that of Earth’s atmosphere.

Based on the MAVEN’s measurements of the rate at which gases are currently escaping from Mars it’s likely that at least half a bar — 500 millibars — of carbon dioxide has escaped to space. “A more likely number is closer to a bar,” Jakosky says.

Much of the remaining carbon dioxide froze out into ice in the Martian polar caps or reacted with rocks to form carbonates. More is adsorbed onto the surface of the Martian regolith or possibly sequestered in exotic ices known as clathrates, in which frozen water creates crystalline cages that trap molecules of other gases.

“What we did was straightforward math,” says Edwards. “We totalled up the carbon dioxide that is left and compared that to how much you would need to convert Mars into a place that could be colonised without big domes, space-suits, and things like that.”

At best, he and Jakosky found, there is only enough accessible carbon dioxide to triple the amount currently in the planet’s atmosphere, bringing its pressure to perhaps 20 millibars.

Tripling the density might sound like a lot, but 20 millibars is only enough to increase the surface temperature by a meagre 10 degrees Celsius — far less than what terraformers would need.

That said, there may be another carbon dioxide reservoir not taken into account in the study, contained in rocks buried deep beneath the Martian surface.

How much of this might exist, Jakosky says “is a big question mark. We know there is some. It’s exposed in a couple of impact craters. But we have no way of quantifying how much. More to the point, if it’s buried deeply, it’s essentially inaccessible.”

Terraforming enthusiasts, however, aren’t necessarily deterred. Chris McKay, an astrobiologist at NASA Ames Research Center, Moffett Field, California, US, says that the MAVEN results regarding atmospheric loss rates are actually “a plus for terraforming” because “virtually all climate models suggest that early Mars must have had several bars of carbon dioxide early in its history”.

If so, only a fraction of that was lost to space, and the rest must remain somewhere.

McKay also argues that estimates of how much might lurk below the surface are simply guesses. “We don’t have good data and will need to drill deeply to get it,” he says.

All the way back in 1991, he adds, he and colleagues noted that whether Mars can be terraformed depends on both its initial supply of crucial gases and how much of them has been lost to space. “This is still correct,” he says.

In fact, he says, the real problem may not be the existence of planet-warming gases such as carbon dioxide, but nitrogen, which is an essential nutrient for life. “It there is not enough nitrogen, then all terraforming is off until the distant future,” he says.

Canadian science fiction author Robert Sawyer adds that Mars also hosts another potential greenhouse gas in the form of water, which might be locked up beneath its surface in significant quantities. In addition, he says, the planet could be warmed directly with large orbiting mirrors that focus sunlight on its surface — an idea long proposed in both the scientific and science-fiction literature.

“I have no doubt that within 50 years — the time that now separates us from the first manned lunar orbit — we will have technologies capable of terraforming Mars,” he says.

Jakosky and Edwards don’t disagree. In fact, when it comes to exotic proposals, they’d go even farther than Sawyer, suggesting that in theory it might be possible to flood the planet’s atmosphere with artificial gases, such as chloroflurocarbon gases (CFS), far more potent at planet warming than carbon dioxide. But manufacturing these chemicals on the Martian surface, they argue, is beyond the reach of current technology.