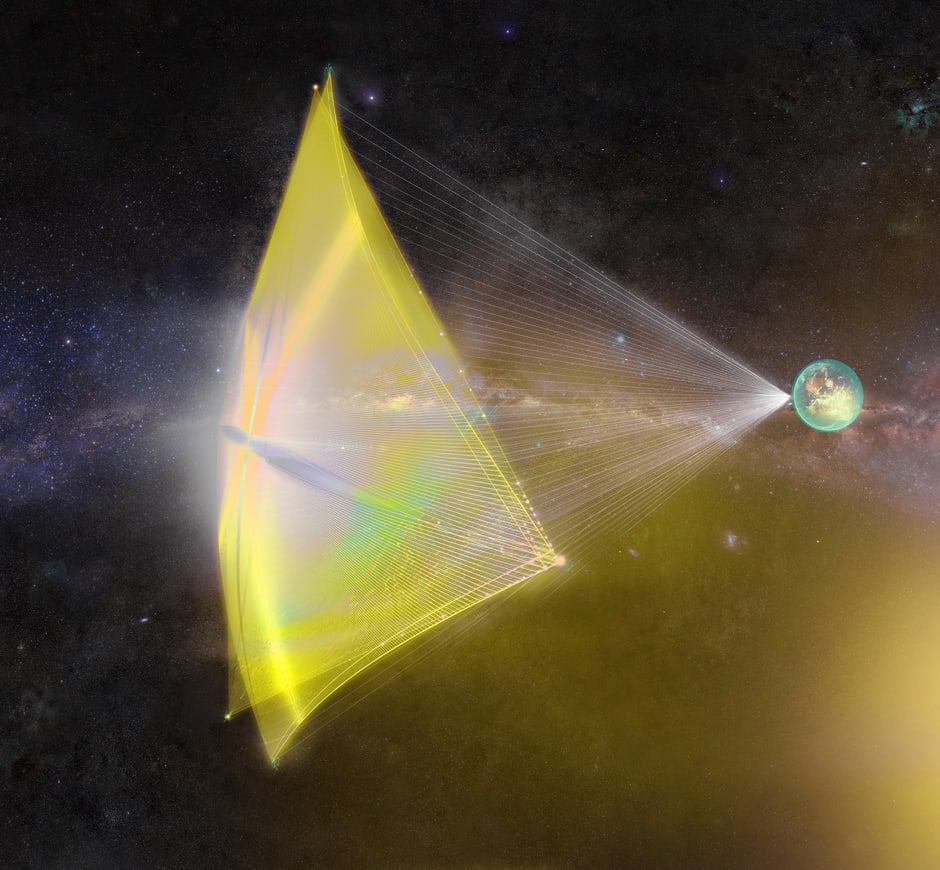 A key piece of technology for interstellar travel may be within our reach, according to US scientists, but a plan to send a laser-propelled spacecraft to the star Proxima Centauri is still a long way from reality.

Thanks to the mind-boggling size of space, humans have so far been limited to exploring our own backyard. Proxima Centauri is the Sun’s closest neighbour, but reaching it with current rocket technology would take approximately 12,000 years.

In 2016, the Breakthrough Starshot initiative suggested an alternative: use massive laser arrays on Earth to propel a fleet of miniature, ultra-light space probes. These probes would be attached to lightsails: large sheets of reflective material that are driven by photons rather than wind.

Travelling at 20% of the speed of light — a blistering pace of over 200 million km/hr — the probes would reach Proxima Centauri in just 20 years, soaring through the system and beaming home data, including images of the potentially Earthlike planet Proxima b. {%recommended 3869%}

In a new paper published in Nature Materials, US researchers discuss one of the major design challenges of this project: the lightsail. Materials scientist Harry Atwater  and his team from the California Institute of Technology do not propose building the system, but rather consider whether it is even feasible.

They first identify the key design criteria that would allow a lightsail to travel across interstellar space at high speed.

“It must be ultralight (gram-scale or less in mass), large (few square metres), and must be reflective at the light wavelength used for propulsion — but also entirely non-absorbing at the same wavelength,” outlines Atwater.

If the sail absorbed even a small percentage of the intense laser energy, it would be vaporised.

The team then carefully weighs up various materials known to have extreme optical, mechanical and thermal properties and suggests that nanophotonic structures such as two-dimensional photonic crystals and metasurfaces, designed on a similar scale to the wavelength of light, might be up to the job.

Atwater suggests that existing methods used to produce thin films of material for integrated circuits could be scaled up to produce sheets of lightsail material. He says the scaling-up process could take a decade or more or research: “That’s why we’re starting now!”

Even if the lightsail technology is feasible, there are still many more hurdles to overcome. The Starshot team is open about most of them.

How, for example, will such fast-moving spacecraft be protected from damaging collisions with interstellar dust? How will we power the massive laser array?

Many space scientists are sceptical about the project’s chances of becoming a reality.

“How can you engineer a camera and a radio system able to send a signal back over 4 light-years in a sub-gram chip/spacecraft?” wonders Duncan Steel from the Centre for Space Science Technology in New Zealand.

Even if the formidable technical challenges can be surmounted, the costs may be prohibitive, says Jonathan Marshall, a researcher at the University of Technology Sydney in Australia who also was not involved.{%recommended 6758%}

“They hope the project will take 20 years to get from Earth to Proxima Centauri, and it may take another 20 years to build and test prototypes,” Marshall says. “As it is funded by private investors, we have to hope that they will maintain the income necessary for its development.”

Despite the uncertainty, research like this could still be a step in the right direction for future interstellar travel.

“No one seriously thinks that any attempt is going to be made any time soon to carry out the aim of the project,” says Steel. “We are a long way away from being able to do many of the things that would be required. But the intent here is to stimulate thinking and research.”

Atwater takes a clear-eyed view of the prospects of success. “This is the very nature of research: the risk of failure is always present, but there no alternatives for those who are motivated by discovery.”