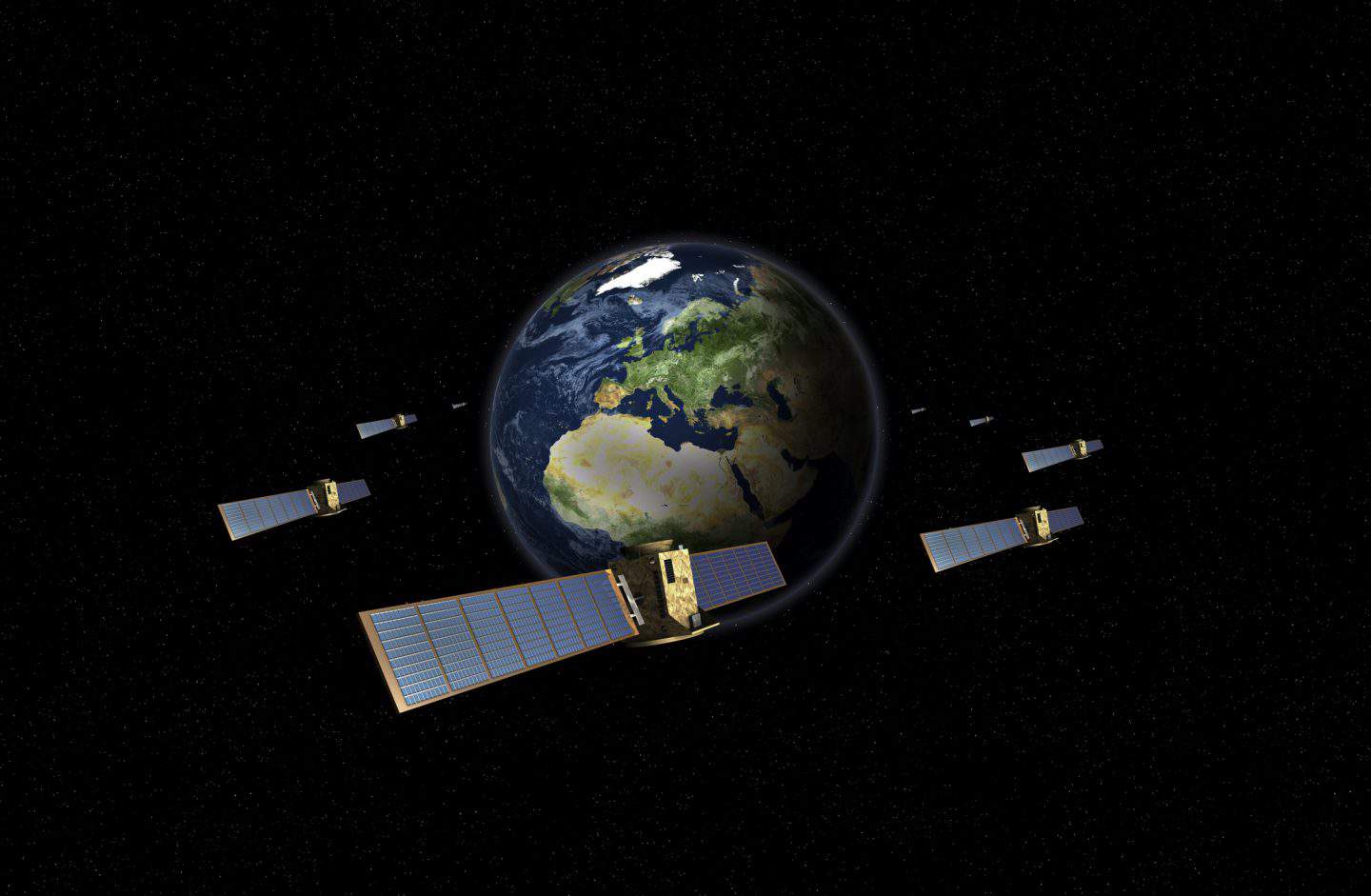 In an effort to solve one of modern physics’ deepest mysteries, scientists have found a way to use GPS satellites as an exquisitely sensitive dark-matter observatory.

Dark matter is an enigmatic form that, with its cousin dark energy, may be the largest building block of the universe. “[Normal matter] is five per cent of what is out there,” says Andrei Derevianko, a quantum physicist at the University of Reno, Nevada, US. “The rest is dark matter and dark energy.”

Astrophysicists are convinced it exists because they can see its gravitational effects on distant galaxies. And there should be enough of it in our own galaxy that the Earth should be encountering it often.

But so far, it’s eluded detection because its very nature makes it extremely hard to find. Derevianko compares it to trying to prove the existence of cell phone signals without a phone. “I’m talking on the phone, and you are understanding me,” he says. “[But] you would not be able to understand me without this special device.”

Traditional searches have used special particle detectors designed to recognise rare interactions between normal matter and particles of dark matter passing through the Earth. Because the interactions are likely to be extremely rare, the detectors need to be heavily shielded from interference by other forms of radiation — as is done with Australia’s SABRE dark matter detector in the depths of an abandoned gold mine in Victoria.

Derevianko’s brainwave was to realise it might not be necessary to spend millions of dollars on specialty detectors. Perhaps dark matter could be found via its interaction with atomic clocks.

The clocks, which measure time based on the quantum properties of atoms, are the most precise instruments ever built, Derevianko says.

They are so accurate that they wouldn’t gain or lose more than a single second over the age of the universe. Dark matter passing through them, however, should affect the atomic processes on which they are based, throwing them off ever so slightly.

“The electrons and the nucleus ‘feel’ the effect of the dark matter, and this can change their properties temporarily,” says Benjamin Roberts, an Australian postdoctoral researcher working with Derevianko in Reno.

Furthermore, the Earth is surrounded by an entire network of atomic clocks. They are carried by satellites in the global positioning system network, which uses them to send out the hyper-accurate timing signals that make GPS work.

Over all, 32 satellites form a halo of instruments around the planet, spanning a sphere 50,000 kilometres wide. That’s enough that even though dark matter is expected to be reaching the Earth at speeds in the order of 300 kilometres per second, it would still take three minutes to cross the entire cloud of GPS satellites. Rippling glitches in their time signals could thus be used to detect sheets of passing dark matter, as long as they are large and dense enough.

“The GPS system is acting as a truly huge detector,” says Roberts. “At 50,000 kilometres in diameter, one could say that this is the largest detector ever built.”

Furthermore, it’s a detector that has been in place for years, not only allowing cell phones to guide caffeine junkies to the nearest Starbucks, but also allowing scientists to measure the precise shape of the Earth, monitor movement of tectonic plates, and track the effect of ocean currents and weather on sea-surface levels.

Based on this, Derevianko teamed up with geophysicist Geoff Blewitt, also of the University of Nevada, Reno, to pore through 16 years of GPS records, looking for anomalies.

So far, like conventional endeavours to detect dark matter, the search hasn’t found anything. But that, in itself, is useful, because the known laws of physics allow dark matter to take many forms, referred to by physicists as ‘models’.

“We are one step closer,” Derevianko says. “The range of models is huge, and what we are trying to do is rule out some models in a cheap way. Basically, we only paid to do the search; there’s no huge investment in the instrument.”

Alan Duffy, an astronomer at Australia’s Swinburne University of Technology, who was not part of the study team, adds that the new work ruled out theories of dark matter compositions that would produce the type of sheets of it that Derevianko’s team was specifically looking for.

“[This is] fascinating work…” Duffy says, “a use of GPS data its creators, I suspect, would never have envisaged.”

“We re-purposed existing technology that we all use every day to do fundamental physics research,” adds Roberts.

The work was published earlier this month in Nature Communications.