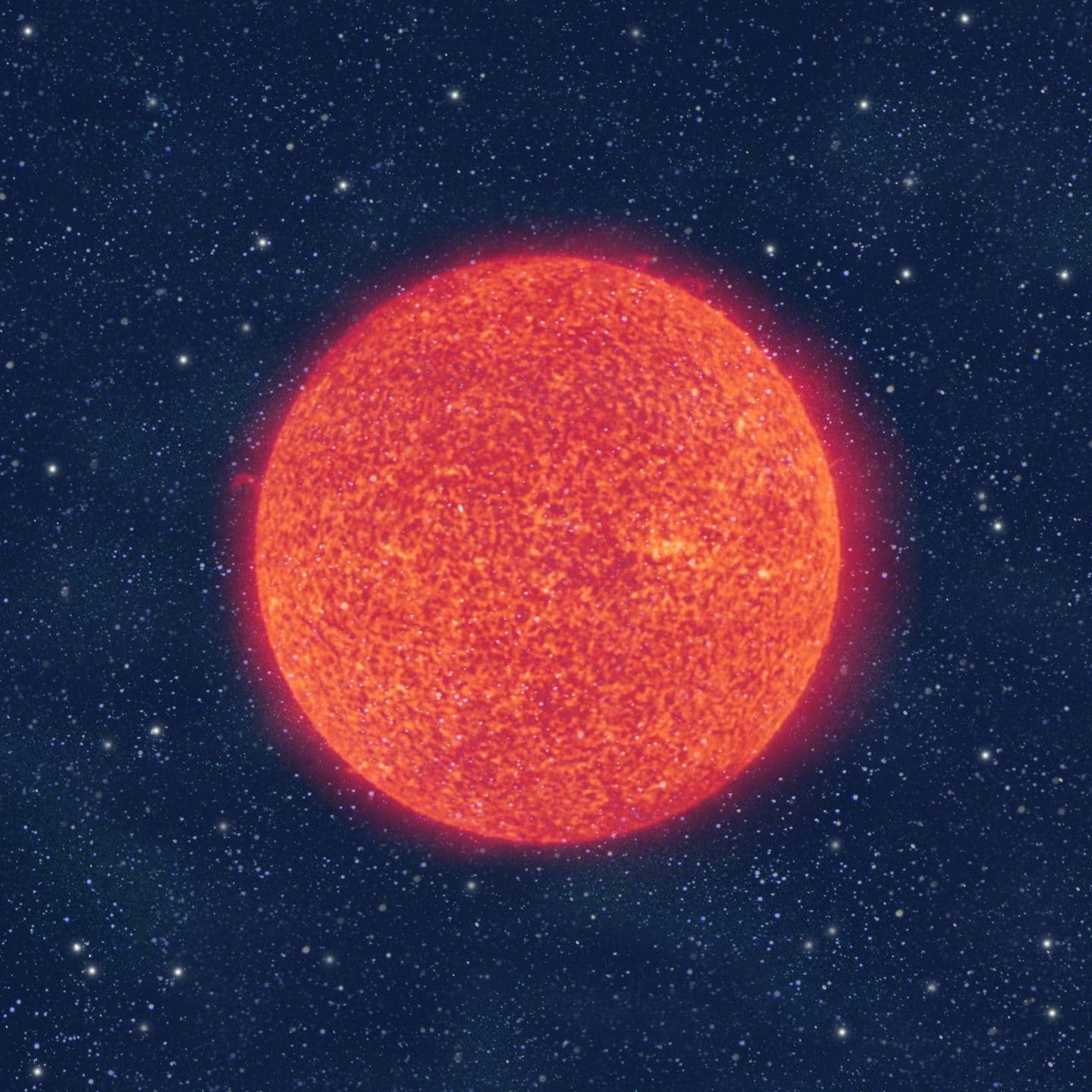 Laboratory experiments designed to recreate conditions around carbon-rich red giant stars have revealed that startlingly complex organic compounds can form in the “circumstellar envelopes” created by stellar winds blowing off from them.

The carbon is present because nuclear reactions in these dying stars have progressed to the point that much of their initial complement of hydrogen and helium has been converted into heavier elements such as carbon.

“There is a lot of carbon in these circumstellar envelopes,” says Ralf Kaiser, a physical chemist at the University of Hawaii at Manoa, US.

In research published in the journal Nature Astronomy, a team led by Kaiser used a high-temperature chemical reactor to simulate conditions inside these circumstellar envelopes.

The goal, he says, is to demonstrate how complex compounds can be assembled a couple of carbon atoms at a time at temperatures of up to about 1200 degrees Celsius. Previous research found that a host of organic chemicals can indeed be formed, but the new study pushed the process farther, demonstrating that it is possible to create chemicals at least as complex as pyrene, a 16-carbon compound with a structure like four fused benzene rings.

So far, pyrene is the most complex molecule constructed in this manner, but Kaiser thinks that it might be just the beginning. “We hope when we do further experiments that this can be extended,” he says.

What this means, he explains, is that circumstellar envelopes might be able to create molecules with 60 or 70 carbons, or even nanoparticle-sized sheets of graphene, a material composed of a larger array of fused rings.

Such materials, he says, can act as building blocks on which other molecules, such as water, methane, methanol, carbon monoxide, and ammonia can condense as they move away from the star and cool to temperatures as low as minu-263 degrees Celsius. When the resulting chemical stew is exposed to ionising radiation either from nearby sources or galactic cosmic rays, Kaiser says, they can form sugars, amino acids, and dipeptides.

“These are molecules relevant to the origins of life,” he adds.

Billions of years ago, such organic-rich particles may have found their way into asteroids that then rained down onto the primordial Earth, endowing us with the precursors for life.

Pyrene is a member of a family of compounds called polycyclic aromatic hydrocarbons (PAHs), the simplest of which is naphthalene, the primary ingredient of mothballs. Simple PAHs have already been detected in space, but the holy grail, Kaiser says, will be if more complex ones, such as pyrene, are found by NASA’s OSIRIS-REx mission, now en route to asteroid 101955 Bennu, from which it is expected to send back a sample in 2023.

“We do not know what this mission will find,” Kaiser says. But, “if they find carbonaceous materials such as PAHs, then our experiments say how this organic matter can be formed.”

Humberto Campins, a planetary scientist from Central Florida University, Orlando, Florida, and member of the OSIRIS REx science team, agrees. Studying the chemical makeup of asteroids, he says, doesn’t just tell us about the composition of our own early solar system, but can also reveal information about “pre-solar” compounds. {%recommended 3724%}

“One of the beauties of sample return missions is that the latest analytical techniques for chemical, mineralogical, and isotopic composition can be applied to very small components of the sample, such as pre-solar grains or molecules,” he says.

“We know that the dust from these kinds of stars gets incorporated into meteorites, so they are absolutely contributing to the compounds that would be present within Bennu,” adds Chris Bennett, also of the University of Central Florida (and a former student of Kaiser’s, although he was not part of the present study team).

Chris McKay, an astrobiologist at NASA Ames Research Centre in Moffett Field, California, adds that the paper supports the notion that that the universe contains a large amount of carbon in the form of organic molecules. “[That’s] not a new result,” he says, “but [it is] further support for this key idea in astrobiology.”

Kaiser adds that the finding demonstrates the value of interdisciplinary studies.

“Most of the scientists dealing with PAHs [in space] are astronomers,” he says. “They are excellent spectroscopists, but by nature, astronomy sometimes lacks fundamental knowledge about chemistry.”

Laboratory studies are necessary to turn theories for how complex chemicals can form in space from “hand-waving” into something more definitive, he says.

But the interdisciplinary impact goes beyond astronomy. Pyrene and other PAHs are common pollutants that can be incorporated into dangerous soot particles created by internal combustion engines and other industrial processes.

Lessons from astrochemistry about how they can be formed, he says, says Kaiser, can therefore have the very practical side effect of helping us develop less-polluting automobile engines.