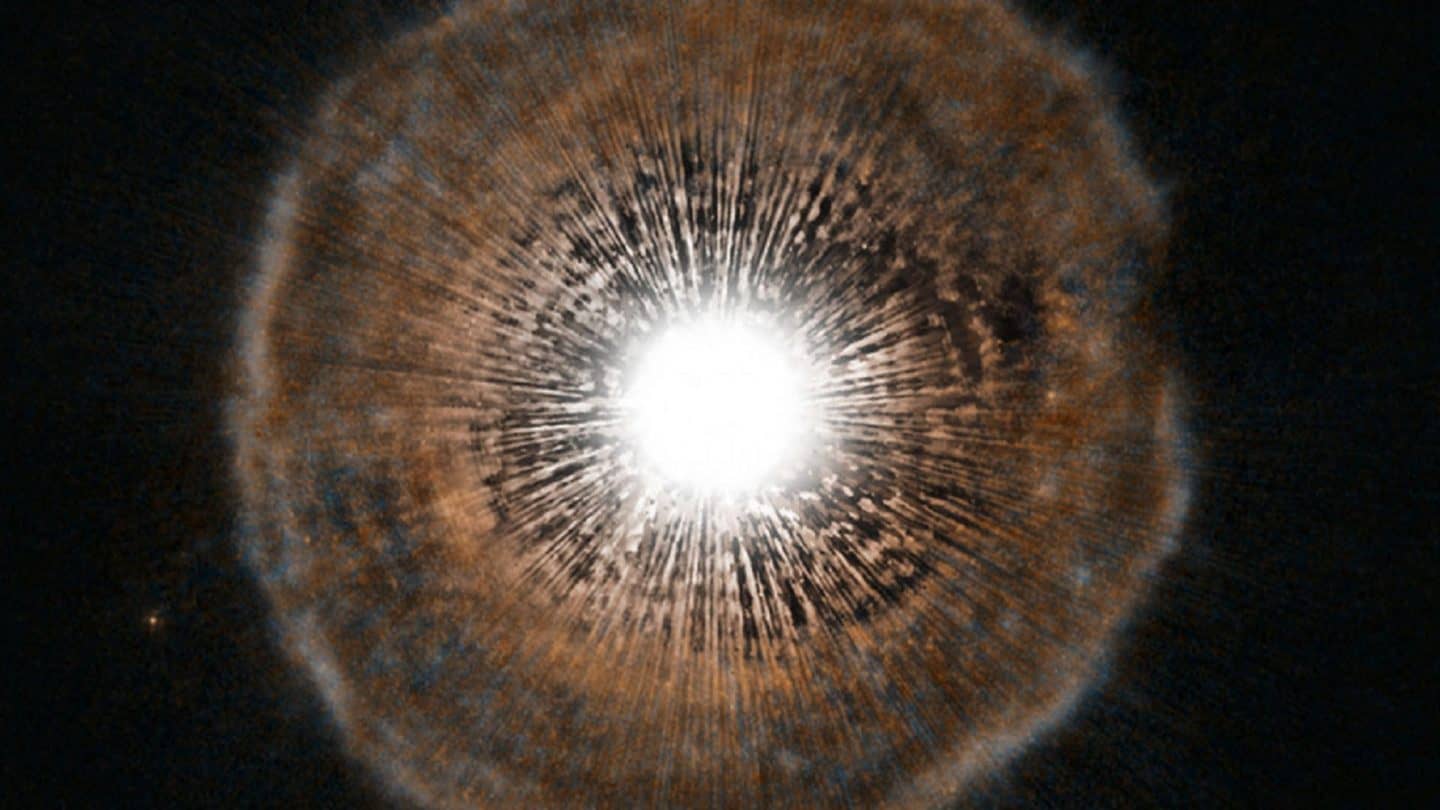 The Sun and T UMi are expected to end their days much like U Camelopardalis (pictured). Credit: European Space Agency/Hubble

Astronomers have witnessed a rare dynamic event they say reinforces predictions about the Sun’s ultimate demise.

The convulsion of T Ursae Minoris (T UMi) – a star similar to the Sun but older and nearer the end of its life – was significant because “the signs of ageing could be directly observed in a star over human timescales,” says Meredith Joyce from the Australian National University.

This supports the idea that the Sun will turn into a red giant and then into an expanding and glowing ring-shaped shell of gas in five billion years, leaving behind a small white dwarf as a remnant.

“It will become much bigger as it approaches death – eating Venus, Mercury and possibly the Earth in the process – before shrinking to become a white dwarf,” says Joyce, who led the international study with László Molnár and László Kiss from the Hungarian Academy of Sciences.

Their findings are reported in a paper in The Astrophysical Journal.

T UMi was born about 1.2 billion years ago, with a mass roughly twice that of the Sun, in the Little Bear constellation more than 3000 light-years from Earth.

The researchers found that over the past few million years, during its last stage of life before its ultimate transition to a white dwarf, it has been undergoing a series of pulses, whereby its size, brightness and temperature have fluctuated enormously.

“Energy production in T UMi has become unstable. During this phase, nuclear fusion flares up deep inside, causing ‘hiccups’ that we call thermal pulses,” says Joyce.

“These pulses cause drastic, rapid changes in the size and brightness of the star, which are detectable over centuries. The pulses of old stars like T UMi also enrich the entire universe with elements including carbon, nitrogen, tin and lead.”

Joyce and colleagues believe the star is entering one of its last remaining pulses. They expect to see it expanding again “in our lifetimes”, before becoming a white dwarf within a few hundred thousand years.

“Both amateur and professional astronomers will continue to observe the evolution of the star in the coming decades, which will provide a direct test of our predictions within the next 30 to 50 years,” she says.